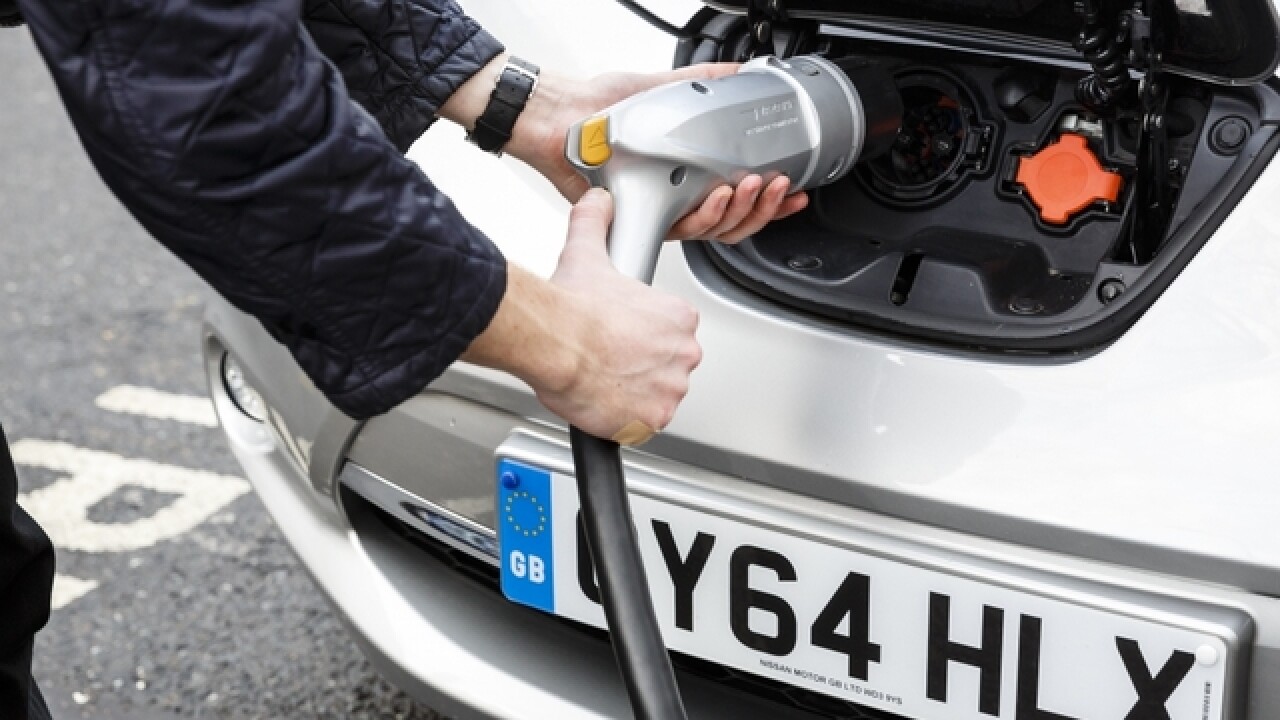 Posted at 12:43 PM, Mar 26, 2018
As automakers try to plug into consumers’ future needs, electric cars are stirring boardroom curiosity – but not a lot of sales.
Some car manufacturers are banking on a different story in the future, though.
Electric cars comprise less than 1 percent of U.S. auto sales, yet some major automakers are planning to manufacture many more electric models in the near future. According to an article on Bloomberg.com, General Motors plans to roll out 20 models by 2023 and Toyota 10 by early in the next decade. Researcher LMC Automotive predicts 75 electric models will be produced in the U.S. over the next five years.
“The 21st century will see the return of electric cars, as we are witnessing with Tesla, Porsche, GM, Ford, and others,” says Ted Annis, manager and co-founder of Transducing Energy Devices, LLC (www.tedmagnetics.com [email.prnewswire.com]) in Ann Arbor, Mich. “Environmental, economical and market factors will meet to make the electric car prominent in the American culture.”
LMC forecasts gasoline-powered engines will still make up about 85 percent of U.S. new car sales in 2025, but that electric cars’ market share will continue to accelerate. Bloomsberg New Energy Finance’s Electric Vehicle Outlook 2017 projects electric cars will comprise over 50 percent in sales of new light-duty vehicles by 2035.
Annis gives four advantages of an electric car that will increase its popularity:
“The advantages are many,” Annis says. “Technology tailored to a changing consumer base is steadily making improvements in electric cars, and in the next decade the roads will be filled with them.”
About Ted Annis
Ted Annis (www.tedmagnetics.com [email.prnewswire.com]) is the manager and co-founder of Transducing  Energy Devices, LLC, which is engaged in the research and  development of a fuel-less electricity energy device. He received a BS in physics and an MBA at Xavier University. He formerly was with Ford Motor Company and was CEO and co-founder of SupplyTech, Inc.
Source: PRESS RELEASE
PRESS RELEASE