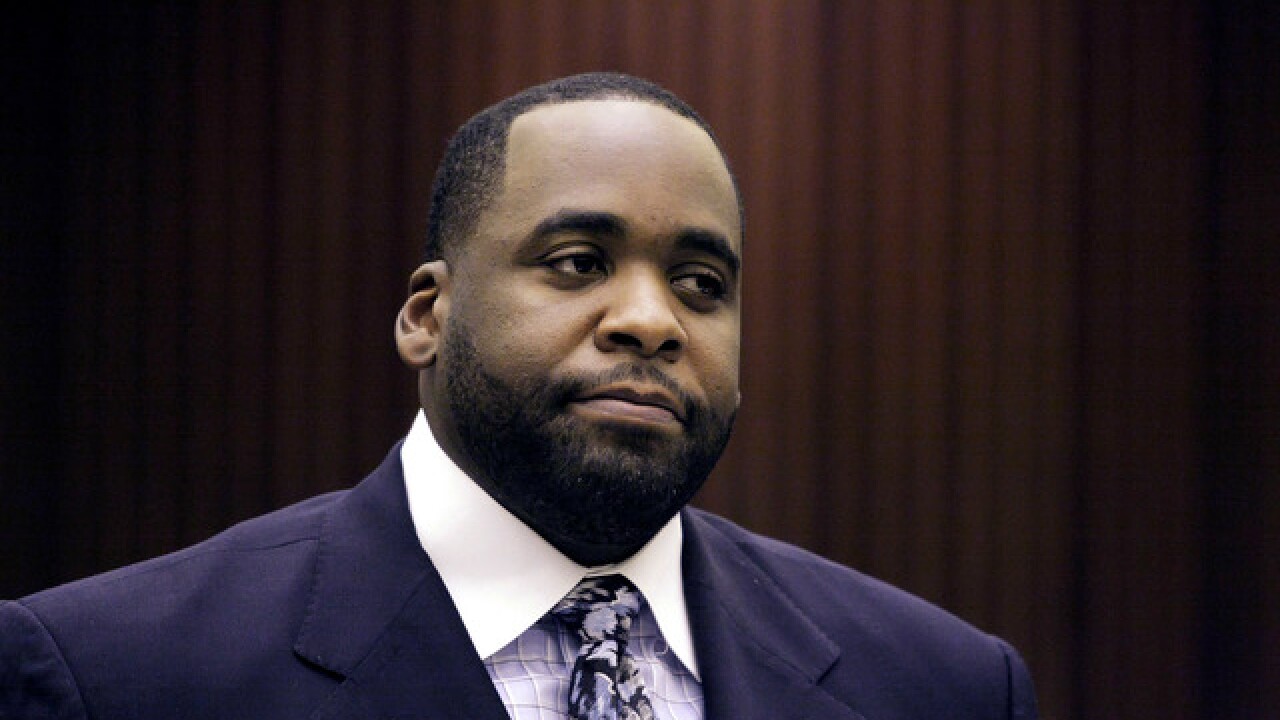 Copyright Getty Images
Bill Pugliano
<p>DETROIT - OCTOBER 28: Former Detroit Mayor Kwame Kilpatrick appears in Wayne County Circuit Court for his sentencing October 28, 2008 in Detroit, Michigan. Kilpatrick will spend 4 months in jail as part of a plea deal he accepted back in September in which he plead guilty to two felonies and no contest to a felony assault charge. (Photo by Bill Pugliano/Getty Images)</p>

Kilpatrick had moved from Oklahoma, where he has been for the past four years, to Philadelphia on Tuesday, but that just appeared to be a stop on his way to New Jersey.

In 2013, a federal jury convicted Kilpatrick, now 47, of racketeering, bribery, and other corruption charges.

The ex-mayor is currently serving a 28-year prison sentence. His release date on the Federal Bureau of Prisons database is set for Aug. 1, 2037.