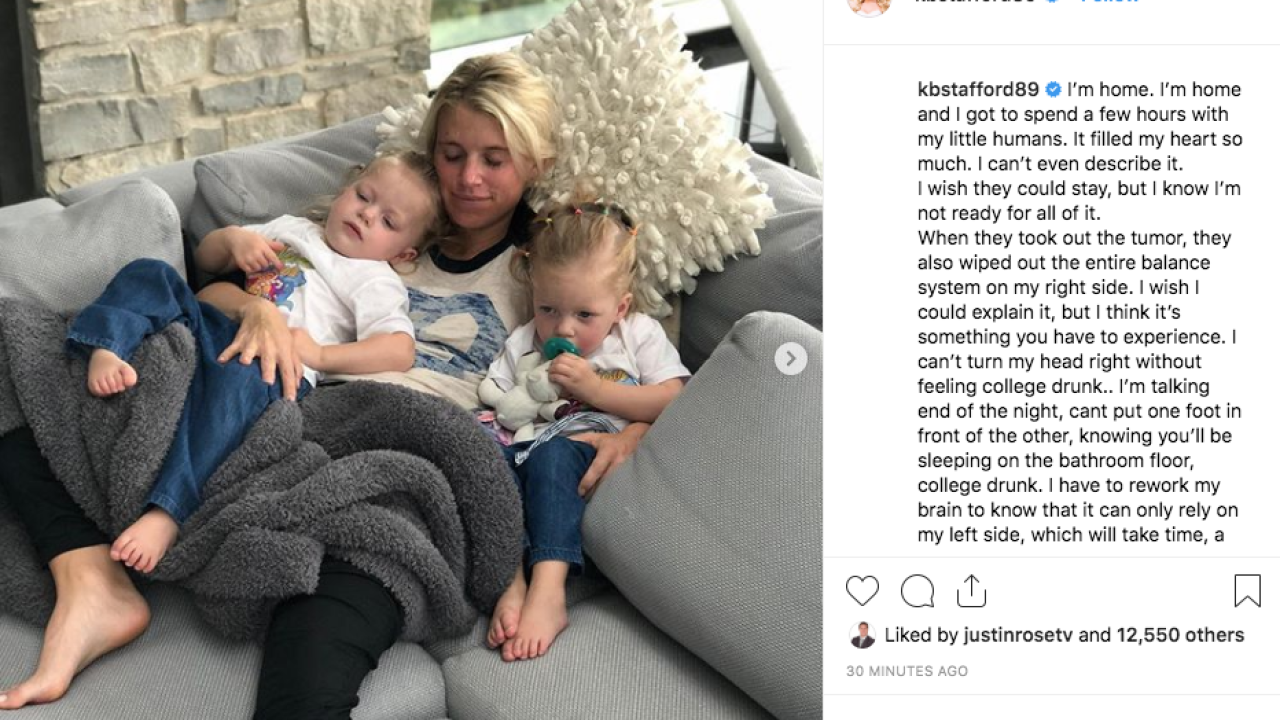 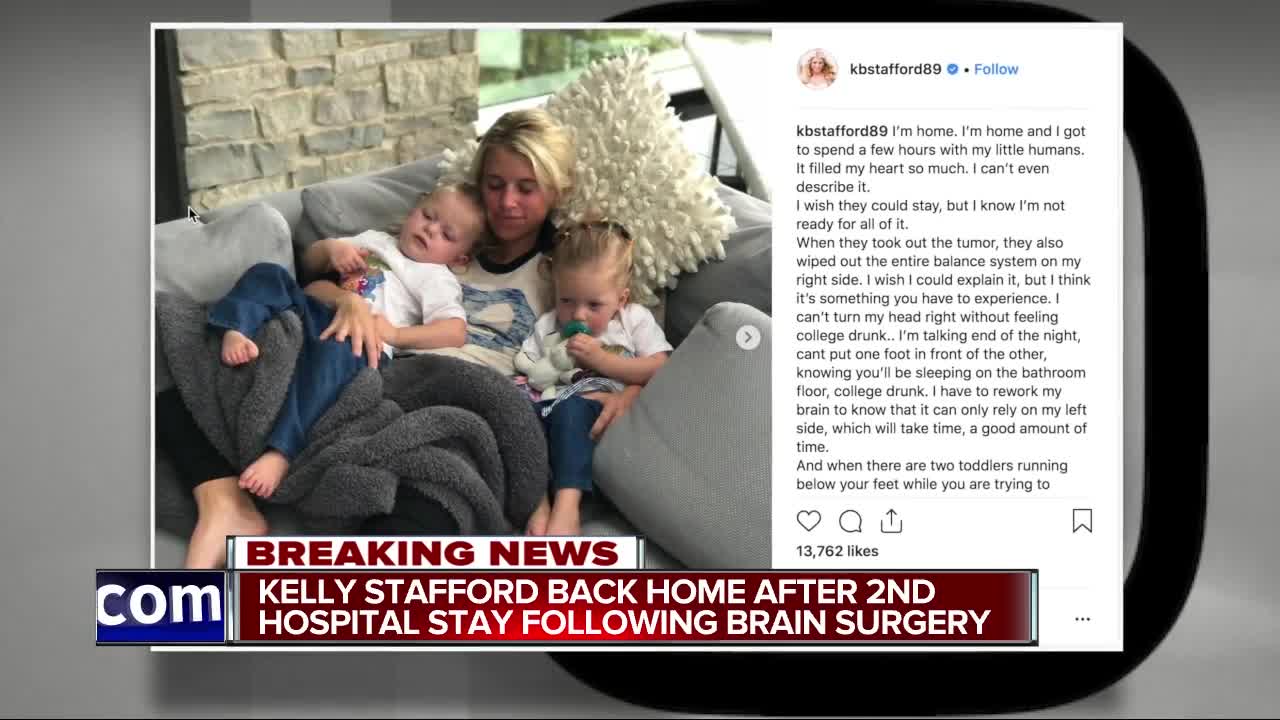 Kelly Stafford, the wife of Detroit Lions Quarterback Matthew Stafford, said she is back home after returning to the hospital following brain surgery to remove a tumor last week.

Kelly originally returned home after the surgery on Easter Sunday, but said she went back in the hospital on Wednesday because of pain issues.

In her latest post on Instagram, Kelly said she got to spend some time with her kids and "it filled my heart so much."

I’m home. I’m home and I got to spend a few hours with my little humans. It filled my heart so much. I can’t even describe it. I wish they could stay, but I know I’m not ready for all of it. When they took out the tumor, they also wiped out the entire balance system on my right side. I wish I could explain it, but I think it’s something you have to experience. I can’t turn my head right without feeling college drunk.. I’m talking end of the night, cant put one foot in front of the other, knowing you’ll be sleeping on the bathroom floor, college drunk. I have to rework my brain to know that it can only rely on my left side, which will take time, a good amount of time. And when there are two toddlers running below your feet while you are trying to relearn basic things like walking.. it makes it seem like there are a million more moving parts to it.. maybe because there are. It’s tough to go from a very active woman to having to relearn the basics of being an athlete, but these little girls give me so much strength. I want to be able to teach them every sport I learned and the day they beat me (I’m sure it’ll come fast) .. I’ll humble them by reminding them I’m only working with one side of my brain 😜 I miss them. I miss them so much, but I’m so grateful I got that time today and now I have my inspiration to keep on pushing!

Earlier this month, Kelly announced that she would be having surgery to remove a tumor," Rock added. "She had the surgery last week and was released on Easter Sunday.

According to the post, she began to notice things were different within the last year, and would get dizzy or off balance.

"Things that I had been doing my entire life were now, all of a sudden, difficult," the post reads.

She said she then kept getting vertigo after January and they went to the ER, but all signs were that she was fine.

Eventually, after several vertigo spells, the Lions' team doctor suggest she get an MRI of the brain to rule everything major out.

"A few days later we were hit with the results, she wrote. "I had a tumor sitting on some of my cranial nerves. The medical term they used was an acoustic neuroma or vestibular schwannoma All I heard was brain tumor & that they had to do surgery to take it out.. so that is what we are going to do & we believe we found the best doctor to do it. I’d be lying if I said I wasn’t completely terrified of brain surgery."