'It needs to stop': Gov. Whitmer calls out Trump's remarks during Muskegon rally 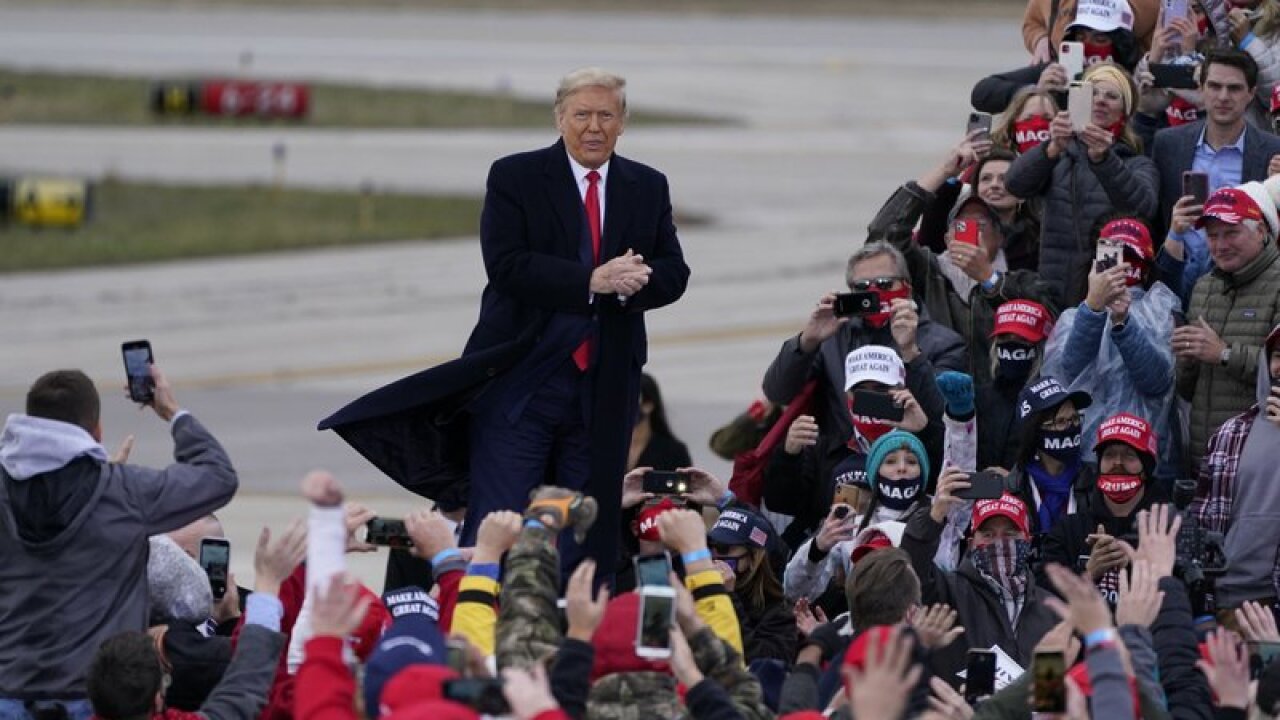 "You gotta get your governor to open up your state," said President Donald Trump during a campaign rally in Muskegon Saturday.

To which the crowd began chanting "Lock her up!"

The president did not intervene. He's instead heard saying, "Lock them all up."

Governor Gretchen Whitmer took to social media to call out the president for his remarks.

"This is exactly the rhetoric that has put me, my family, and other government officials’ lives in danger while we try to save the lives of our fellow Americans," the governor wrote. "It needs to stop."

This is exactly the rhetoric that has put me, my family, and other government officials’ lives in danger while we try to save the lives of our fellow Americans. It needs to stop. https://t.co/EWkNQx3Ppx

This comes weeks after a plot to kidnap, try and murder the Michigan governor was foiled by an FBI investigation with help from local law enforcement officials.

Federal investigators reported the 14 men involved in the alleged plot used social media to discuss and organize their plan.

The governor's deputy digital director took to Twitter attesting to "violent rhetoric" toward Whitmer escalating online "[e]very single time the President does this at a rally."

I am the Governor's Deputy Digital Director. I see everything that is said about and to her online.

Every single time the President does this at a rally, the violent rhetoric towards her immediately escalates on social media.

It has to stop. It just has to. https://t.co/eupQXzGydN

The president ended his return to Michigan with a tweet anticipating a win in the Great Lakes State ahead of the Nov. 3 general election.