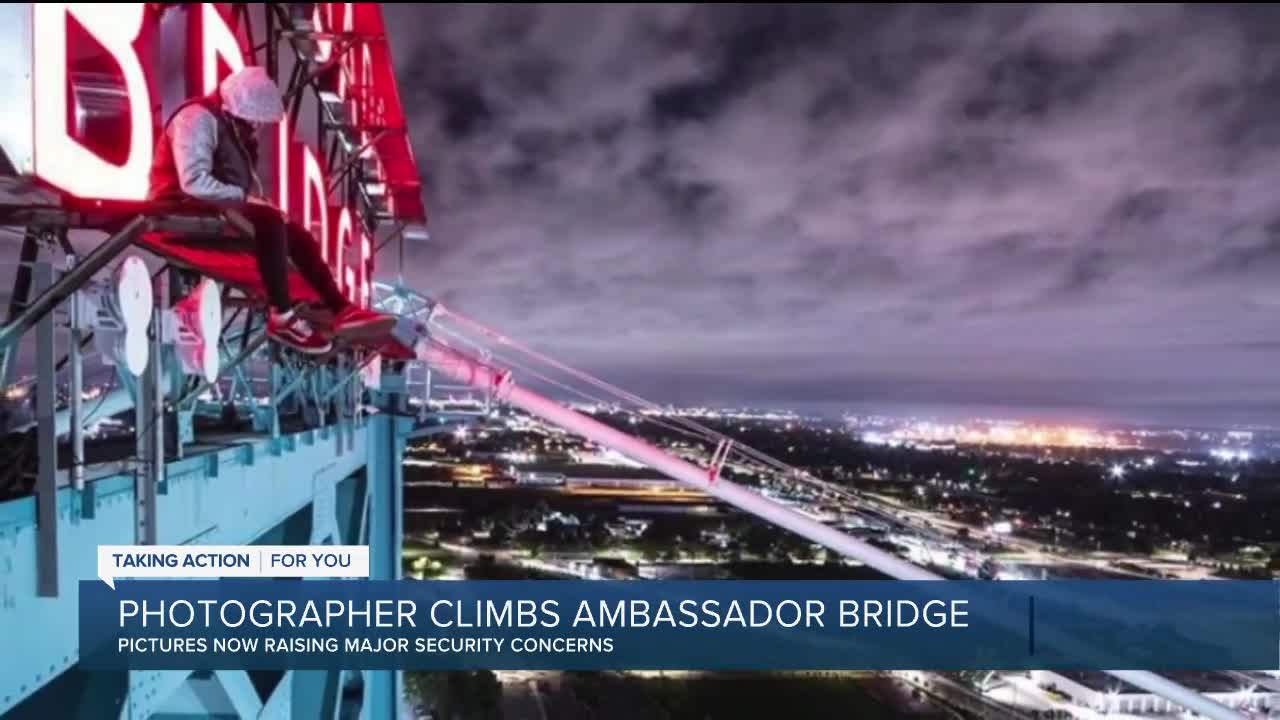 A daredevil with an eye for photography is talking about his adventures climbing and shooting pictures from hundreds and thousands of feet above the ground. One of his pictures sitting atop an iconic bridge in Detroit. 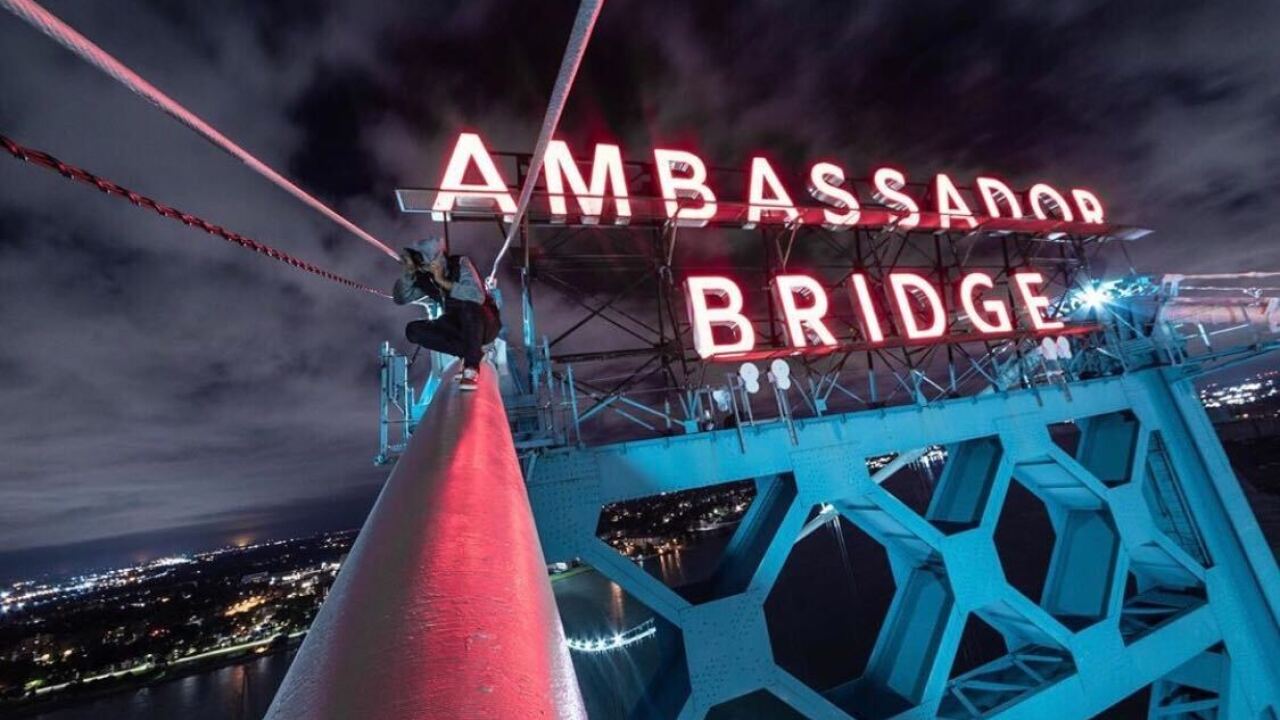 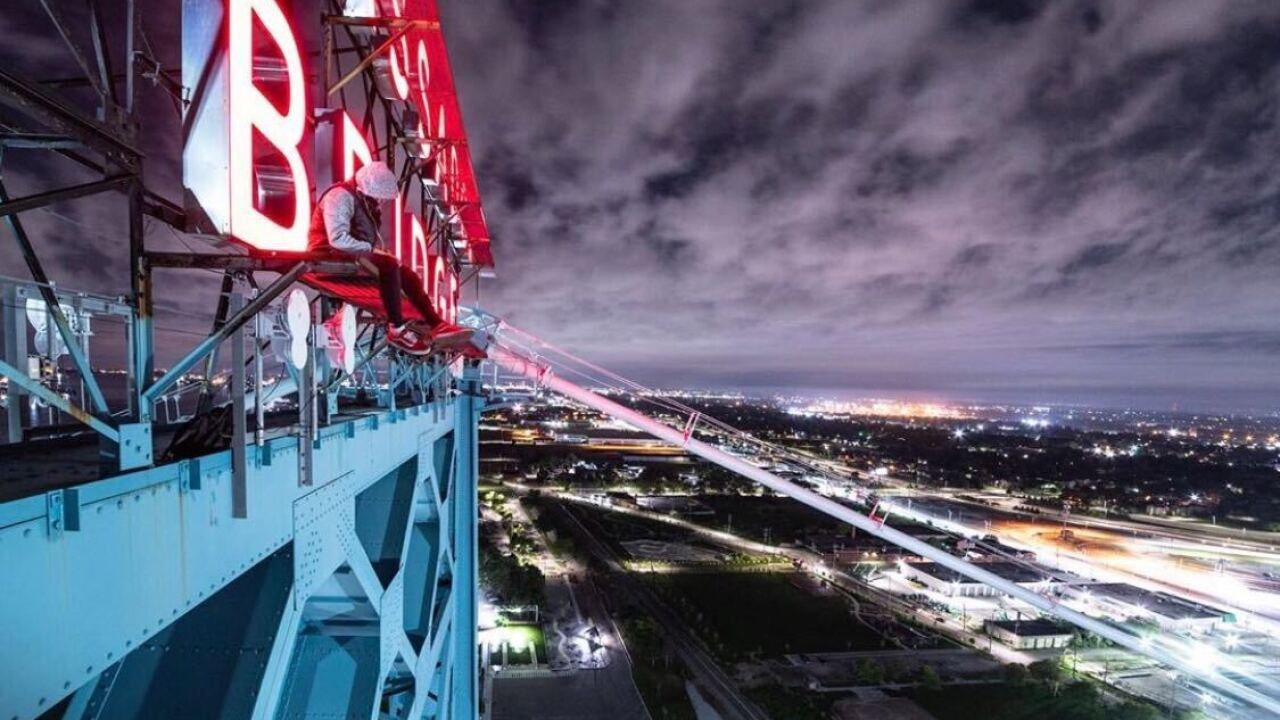 A daredevil with an eye for photography is talking about his adventures climbing and shooting pictures from hundreds and thousands of feet above the ground. One of his pictures sitting atop an iconic bridge in Detroit.

The man goes by the name Drifter Shoots. He climbed and sat atop the Ambassador Bridge and took pictures worth a million words. But, it also raises questions about security and how he was able to get all the way up there.

“My motto is to the moon and never back," the artistic daredevil said.

“I love my art and I try to keep it 100 percent pure and authentic and I want people to know it comes from a good place and a good heart,” he said.

The pictures are impeccable, but where is security and how was this man able to make it to the top of the Ambassador Bridge and other buildings without being detected? Is it a cause for concern?

The bridge is owned by the International Bridge Company. They are responsible for security. We reached out for comment but haven’t heard back.

Drifter Shoots' Instagram account is full of photos from high above the earth's surface. He has one picture taken in Chicago on top of the Vista Tower, and another picture over Times Square in New York. Another photo is in Detroit high atop the Penobscot building, over looking downtown.

“Good art makes you feel something," he said. "My pictures might terrify some people. They might inspire other people, but as long as it moves something inside people I’ve done my job."

He says people shouldn’t try or do the things he’s done. It’s dangerous and people can get into serious trouble.

“Not a single person out there would I encourage to do what I’ve done," he added. "I want them to understand the idea and concept behind it but I do not want them to recreate the activity themselves."

Drifter Shoots says he understands the dangers of climbing these buildings and bridges, but says it’s his art and he will continue to try and inspire others through it.