Ever received a gift you just didn't want?

Well, a study says that unwanted gift is more likely to come from your in-laws.

According to online deals website BlackFriday.com, nearly one-fourth of people say in-laws are the worst gift-givers in their families and are also the relatives Americans dread shopping for the most.

In second place, the survey found siblings were also more likely to give less-than-great gifts.

The survey concluded that clothing items were 46 percent more likely to be returned. Americans reasoned the gift was either ill-fitting or did not match their taste.

Other gifts like tech devices and household items were far less likely to be returned. 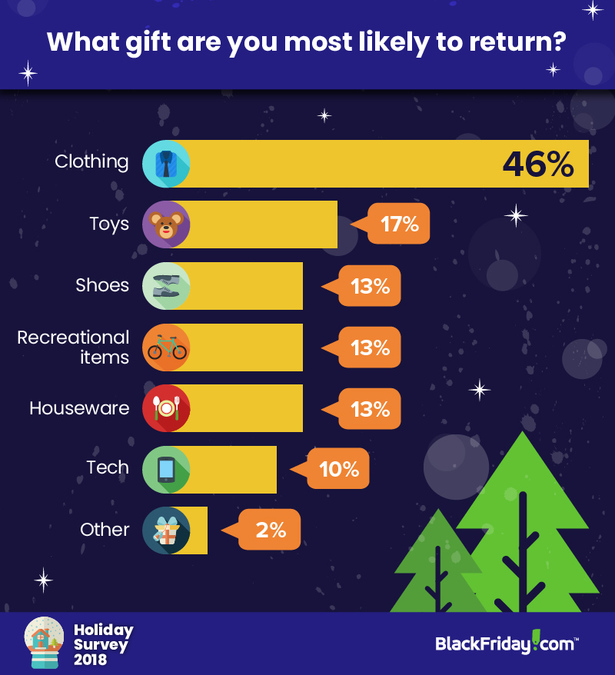