'I feel betrayed.' UAW workers march in front of GM plant for first day of strike 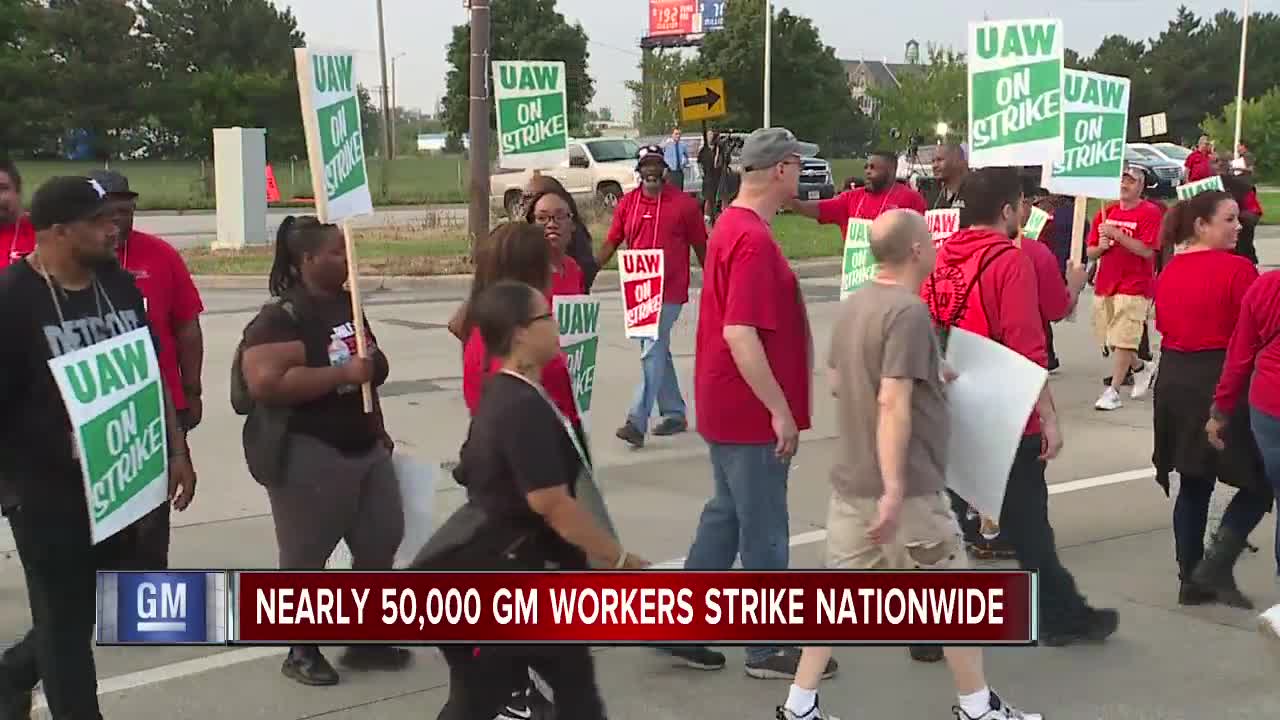 Before the sun was up, they were out marching in front of GM’s Detroit Hamtramck Assembly Plant, where they will be 24-7 until the strike ends. There are about 700 workers at this specific plant, according to the local union president. They will be out striking in 6 hour shifts, around the clock.

One of those striking workers, Sonya Gaines, usually spends her days ensuring vehicles are safe to drive.

She has been at GM for 8 years. She's skilled, trained, certified and takes pride in her work.

"I test cars, I test to make sure the electricals are working, the brakes, the windows," she says.

When the UAW said General Motors only agreed to about 2 percent of the UAW contract proposal, it was upsetting.

"I feel betrayed as a lot of my other co-workers do ," says Gaines.

"We gave concessions during the darkest hour to keep this company running and now this company is making record profits," says Gaines.

The union is asking for a share of the profits, quality healthcare and protection for contract workers, among other things.

The UAW says a strike is a last resort, a decision not taken lightly. For Gaines and nearly 50,000 others across the country, it means living on 'strike pay' $250 a week and not knowing how long this strike could last, meaning an uncertain future. Gaines says the sacrifice is worth it. For her, for the middle class and for anyone who drives a car

"We are hard workers, we build good quality cars for our families to drive around in and be safe."