Hoverboards.com receives ‘F’ rating from BBB after nearly several hundred complaints from across the U.S. 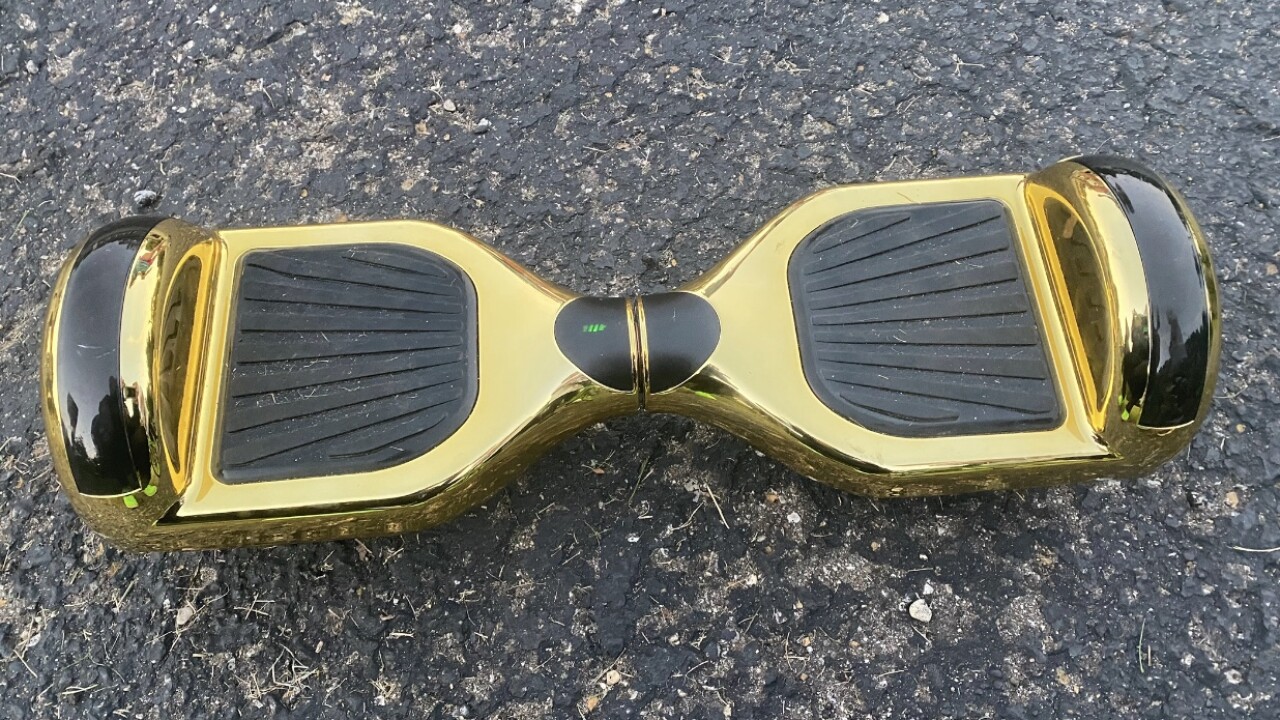 This hoverboard from Hoverboards.com was delivered later than promised and arrived with no serial number or model number on the product or packaging, according to Kathi Reardon Brown who ordered it for her granddaughter.

With holiday shopping soon to pick up, there’s a warning concerning some of those popular hoverboards.

One company has received the Better Business Bureau’s worst rating. The slew of complaints prompted the BBB to issue a rare second warning to consumers.

Nine-year-old Madison is scooting around on her new hoverboard – a gift her grandmother Kathi Reardon Brown of Jackson thought would never come.

“There was nothing online that I read or found that [the hoverboard] would be delayed,” said Reardon Brown. “They still offered delivery in 1 to 4 days. That was still on their website. So, I was taking them at their word. And there was nothing said that they were behind because of COVID or anything. And if they had responded to me and told me that, that would have been fine with me.”

Reardon Brown ordered the hoverboard on July 25, 2020. But Madison’s early August Birthday came and went with no hoverboard delivery.

Her grandmother tried contacting the company – Hoverboards-dot-com. But the only email she got was that her order had been received and was being processed.

When Reardon Brown finally got the gift August 19, the toy’s name on the packaging didn’t even match what she ordered.

“Self-balancing scooter!”Reardon Brown read the packaging out loud. She said it looked like what she had ordered – the X6 Hoverboard in Gold Chrome. But she couldn’t find a serial number or model number – which is important for warranty information or consumer product recalls.

She tried to contact the company numerous times.
There was little to no response.

I checked out the website. It posts a banner on the homepage stating “ALWAYS FREE SAMEDAY SHIPPING.”

But right under that is a “COVID-19 UPDATE” saying, in part, “…some models/colors may still experience slight delays…we appreciate your patience!”

A list of “ESTIMATED SHIP DATES” follows that was last updated on August 31, 2020.

But when you start shopping, just below the “ADD TO CART” button, the company still has not removed the pledge “Fast UPS delivery to your door in 1- 4 days.”

'F' RATING FROM THE BBB

The company is no stranger to the Better Business Bureau.
The BBB issued hoverboards.com an ‘F’ rating.

“It is our worst rating,” said Melanie Duquesnel -- the President and CEO of the Better Business Bureau serving Eastern Michigan.

“It’s definitely a delivery issue and a product quality issue,” she added.

Duquesnel said the BBB has received close to 300 complaints about hoverboards.com from almost every state in the nation over the last three years – 191 of those complaints coming in the last year alone.

Consumers complained about everything from non-responsiveness to poor quality, warranty questions to battery life issues.

The hoverboard.com website lists an 8-to-12-mile battery range, but Duquesnel said the BBB has heard from consumers that the batter range is more like 4-to-6 miles.

“On the company’s website, it claims that it’s based out of Wisconsin, but you don’t think that’s the case,” I asked Duquesnel.

“That is correct,” she replied. “The actual address where the warranty claims -- or where you’re supposed to ship your bad hoverboard back to -- is a ups store in Appleton, Wisconsin. it is not a warehouse in Wisconsin as their website indicates that they have.”

The hoverboards.com website touts that it’s “proudly based in the USA since 2014.”

But Duquesnel said that doesn’t appear to be the case.

“Again, I believe [the hoverboards] are being shipped directly out of China to the recipient or the consumer, and it’s never even touching somebody here in Wisconsin,” she said.

As for Madison’s reaction to her gift from grandma?

“She loves it!” said Reardon Brown.

So far, a good review from the birthday girl.

I reached out to Hoverboards.com to ask them about the complaints to the BBB.

So far, I have yet to receive a response.

BBB: 4 TIPS IF YOU'RE SHOPPING ONLINE

The BBB has four reminders for people who shop online: