FOX 47 is operating at reduced power. Your signal may be effected!
Yesyestohealth

Ask Dr. Nandi: Up to 43% of antibiotic prescriptions in the U.S. are unnecessary or improperly written, analysis finds 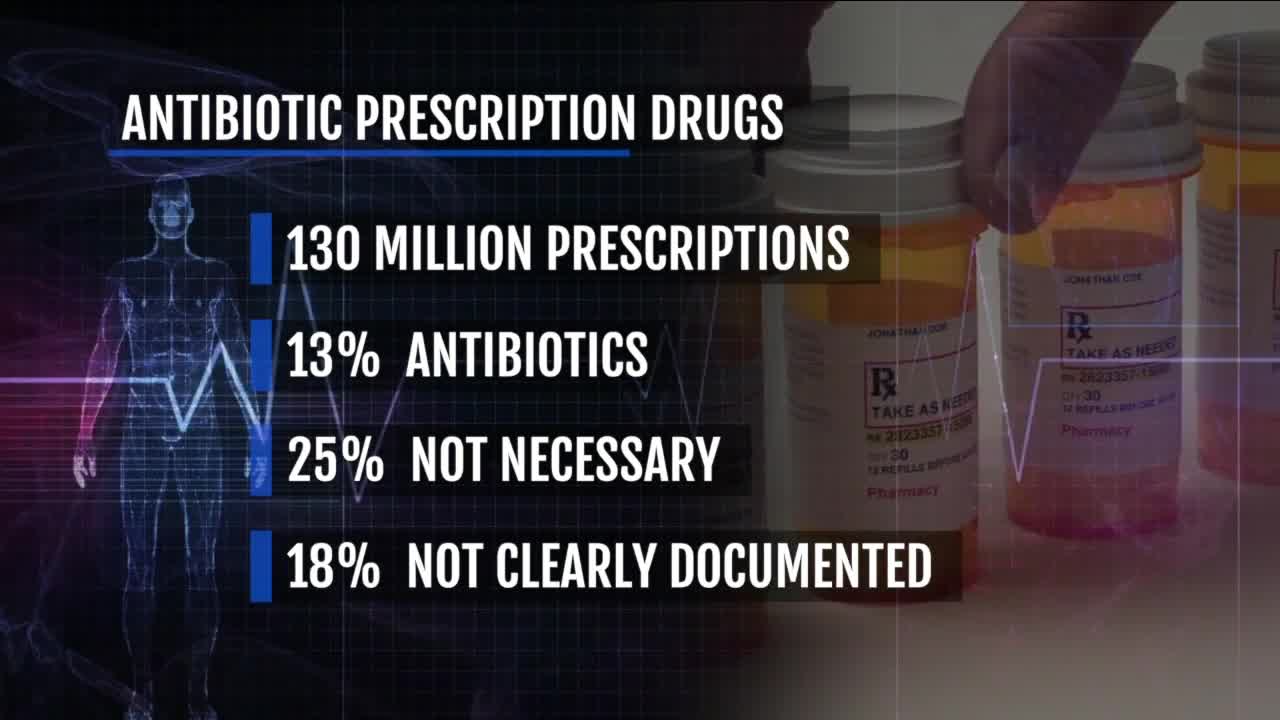 In our Health Alert tonight, research has discovered up to 43% of antibiotic prescriptions are being inappropriately prescribed. And unnecessary use can contribute to one of America’s biggest public health challenges - antibiotic resistance.

In our Health Alert tonight, research has discovered up to 43% of antibiotic prescriptions are being inappropriately prescribed. And unnecessary use can contribute to one of America’s biggest public health challenges - antibiotic resistance.

This is very concerning because it means that millions of people are taking antibiotics that they don’t need.

Now the researchers discovered this when they analyzed data from medical visits in 2015. During those visits, about 130 million prescriptions were written. 13% were for antibiotics.

When researchers looked at diagnostic codes and the reason why they were prescribed, they found that 25% of them - which represents about 32 million prescriptions - were considered not necessary or inappropriate. Meaning that they weren’t going to fix whatever ailment the patient had.

Researchers also found that 18% of the antibiotic prescriptions - which represents around 24 million prescriptions - did not have a diagnostic code or were not documented clearly.

Some of the prescriptions were for viral illnesses like upper respiratory tract infections.

What I found was a bit surprising is that specialists were more likely to write an inappropriate prescription than family doctors. And we really need to be careful because we’re already struggling to keep up with infections that are too good at resisting treatments. Like for example gonorrhea, tuberculosis, and bacterial pneumonia.

Antibiotics are given to either kill or stop bad bacteria from multiplying. They don’t work for the flu or the common cold, so please don’t pressure your doctor to give prescribe them for these ailments. Because when you take antibiotics unnecessarily, the bad bacteria can get smarter. And they can learn how to evade the drugs.

Unfortunately, the rate of resistant infections is rising. Some infections are getting harder to treat. And this puts more people at risk.

Are you looking for reliable dieting advice? Do you feel like you’ve tried everything but nothing worked? Then join Dr. Nandi this Saturday, December 14th at 12 pm to learn if you can set your mind to get to a healthy weight! You’ll hear from former food addicts who share how they lost 70 pounds after kicking sugar to the curb. Plus experts in the field of nutrition join Dr. Nandi to discuss sugar addiction, the right mindset needed for change, and how gut bacteria can affect our weight and our brain.