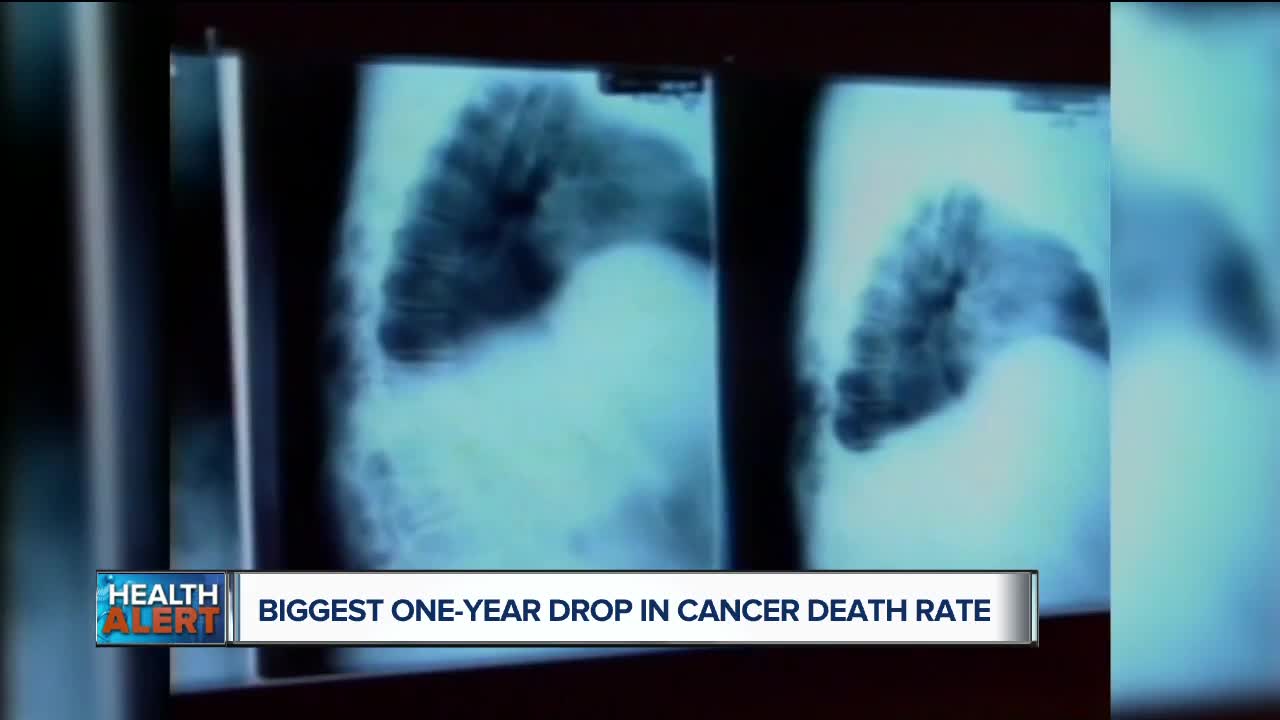 There's been a historic drop in cancer death rates, according to the American Cancer Society. They say their latest study period marks the "the biggest single-year drop ever.”

There's been a historic drop in cancer death rates, according to the American Cancer Society. They say their latest study period marks the "the biggest single-year drop ever.”

Now, this latest report shows that between 2016 and 2017, the US saw a 2.2 percent drop in cancer deaths. Now cancer death rates have been steadily dropping over the years since they peaked back in 1991. And since then, the rate has fallen by 29 percent and that number translates into roughly 2.9 million fewer cancer deaths which is amazing. But to see such a sharp decline in a one year span is really remarkable.

A few things are contributing. The main one is that we’re seeing a huge decline in lung cancer deaths. And that’s likely because, not only are fewer people smoking, but there have also been medical advances like improved surgical techniques, new immunotherapy treatment and targeted therapies that fight cancer growth. ''

Also, a type of deadly skin cancer has also seen a notable mortality-rate drop and that’s melanoma. Which again, is likely the result of breakthrough treatments.

But I also want to mention how early detection has also contributed. Because that’s something everyone can take part in. It’s important that you see your family doctor regularly and get appropriate screenings and tests done. Because typically if a cancer is found early, the chance of beating it or living longer rises dramatically.

Unfortunately, our society is getting heavier in terms of weight. And obesity could undermine the progress that’s been made.

In fact, 20% of all cancers have been linked to too much body fat. So while it’s great that cancer numbers are on the decline, it’s still important that we take care of our health, by eating healthy and getting enough exercise.