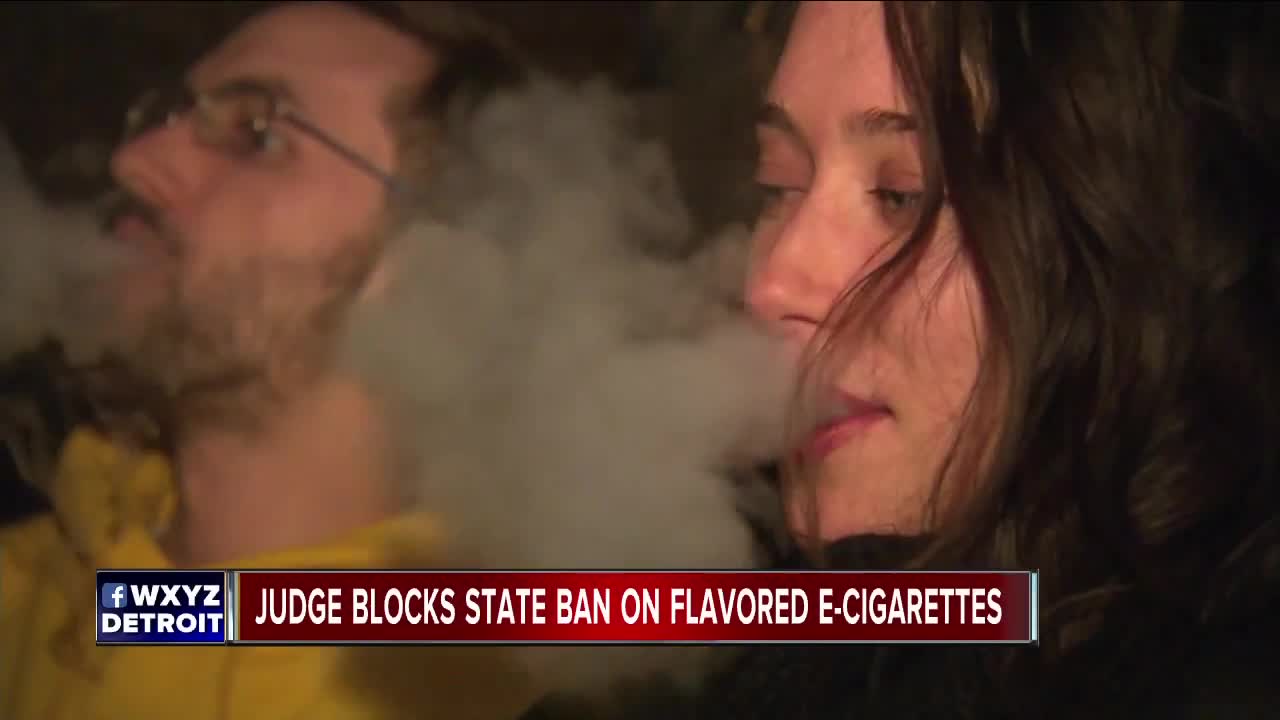 A Michigan judge is blocking the state's two-week-old ban on flavored e-cigarettes.

In September, Michigan became the first state to ban flavored e-cigarettes, but in October, a judge blocked the ban with a preliminary injunction.

According to the governor's office, she appealed the ruling, but the judge and the court of appeals denied requests to reinstate the ban while the appeal goes through the court system. Now, she's asking the Supreme Court to give it immediate consideration.

Stephens also says there is evidence that if flavored vaping products are prohibited, adults will return to using more harmful combustible tobacco products.

The lawsuit was filed by vaping businesses that say they will go out of business due to the ban.

Whitmer has said the ban is necessary to combat an epidemic of teens vaping.