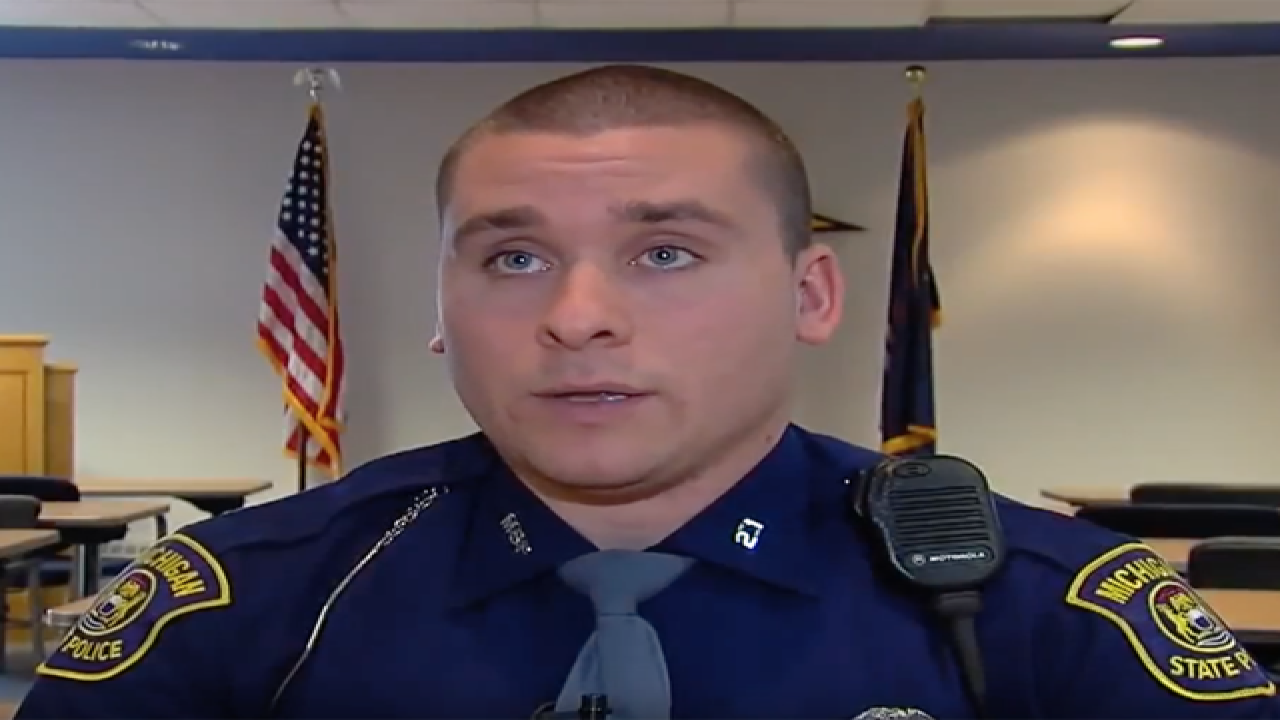 Seth Swanson, 31, is accused of forging Secretary of State documentation and pocketing a $100 salvage vehicle inspection fee from 1,701 vehicles from August 2014 to December 2015.

Swanson was arraigned on October 26 where he waived his preliminary exam. He was later released on a $10,000 bond.

Schuette says MSP and the Secretary of State will make sure all affected vehicles get a proper inspection.

“Police officers are given great trust and responsibility, and for that reason are held to a higher standard,” stated Schuette in a press release. “When you break the trust you are given and in the process break the law, there are consequences, no matter who you are or what your profession. I want to thank the Michigan State Police and FBI’s Detroit Area Public Corruption Task Force for their hard work on this investigation.”

7 Action News previously interviewed Swanson in February of 2013 after he was the first responder to a white-out traffic accident that killed three people on I-75.