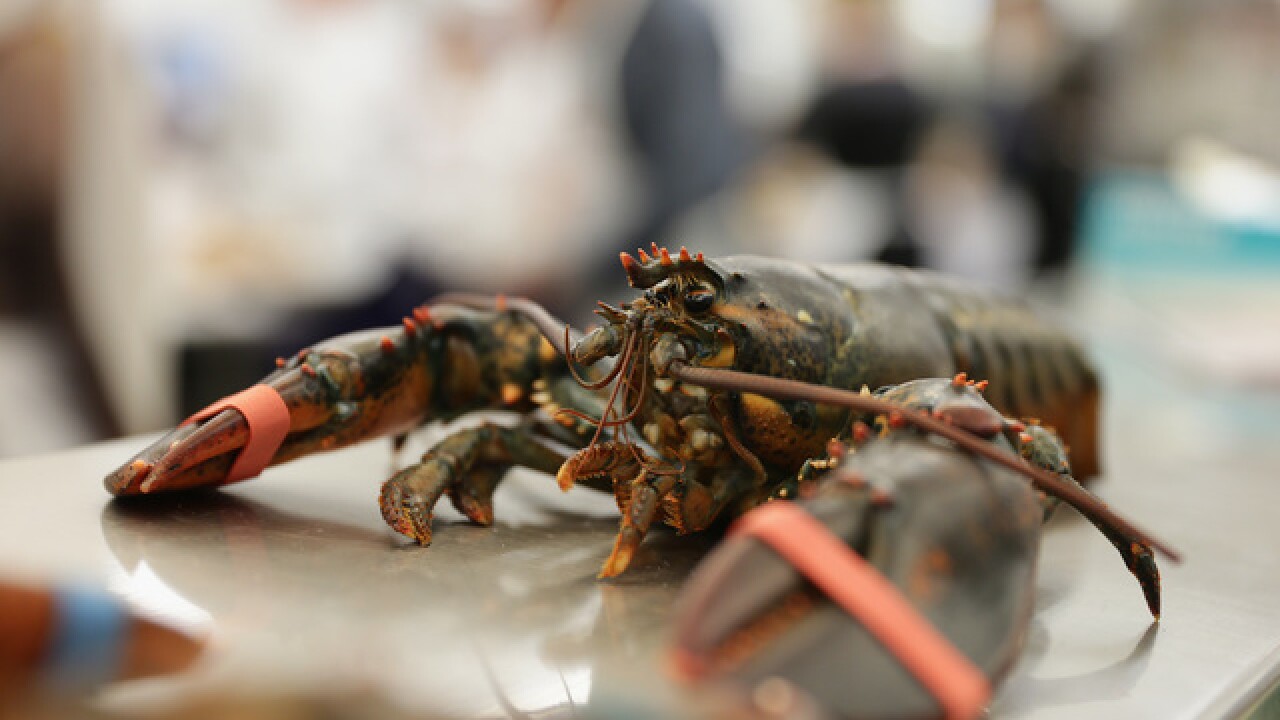 These lobsters are going to pot in more ways than one.

A Maine lobster pound is banking on using marijuana to try to make cooking the crustaceans a little more humane. The business, Charlotte's Legendary Lobster Pound in Southwest Harbor, is owned by a registered medical marijuana caregiver.

The owner, Charlotte Gill,  tells  WMTW-TV she put a test lobster in a box with a few inches of water before marijuana smoke was blown into the box. She says the animal was calmer for the next three weeks, and she released it into the ocean.

Gill plans to use the new method at customers' requests, and then build a larger tank to sedate multiple lobsters at once.

It's unknown whether science says pot smoke actually calms lobsters or has any effect on their meat.