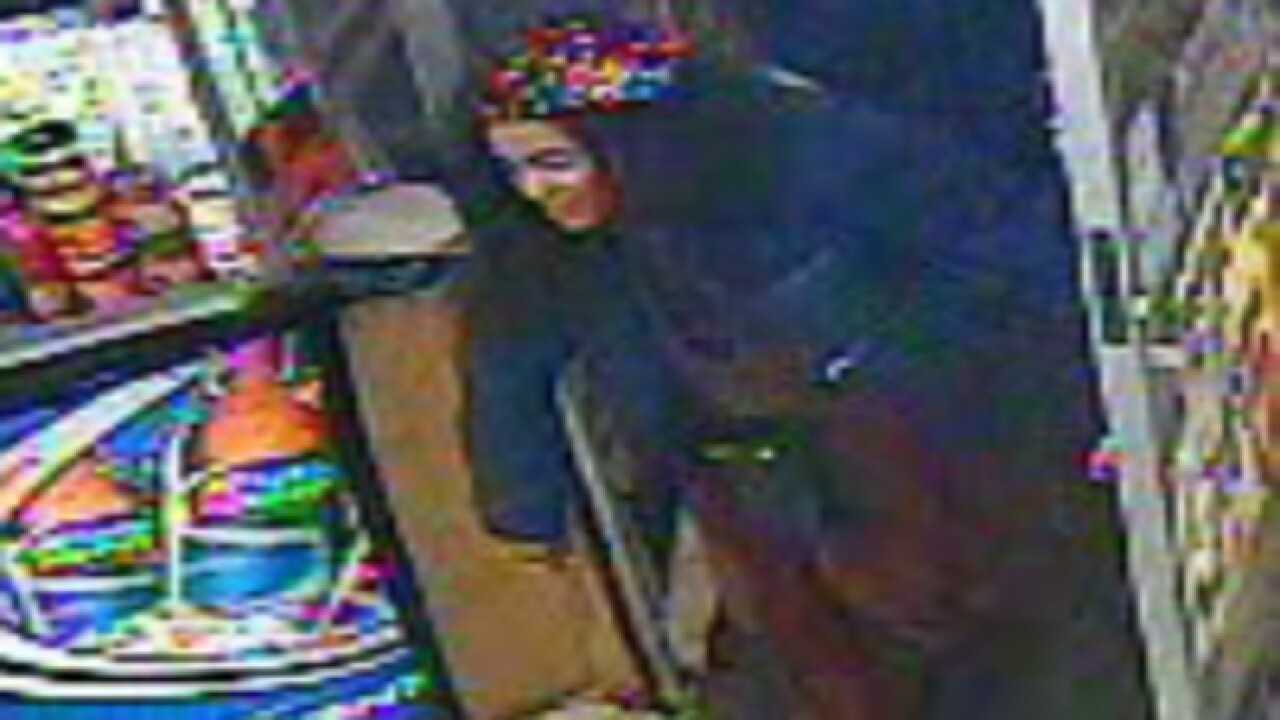 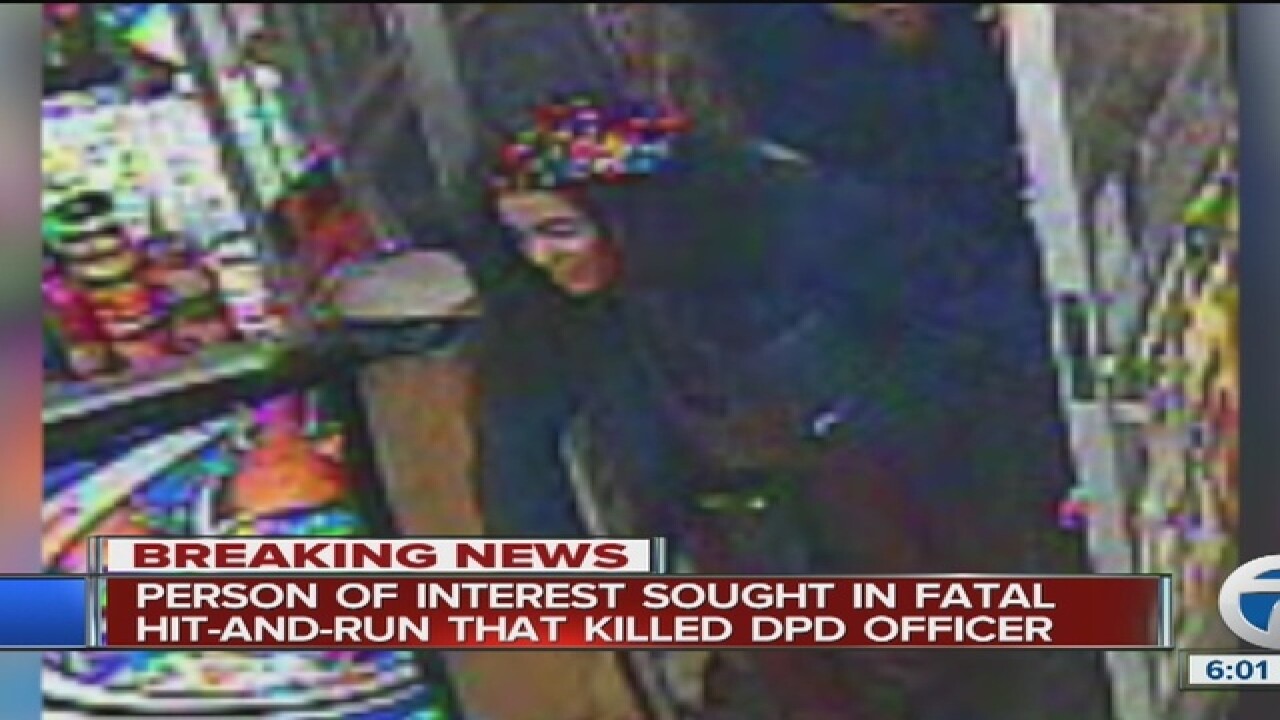 Detroit police have released a photo and video of a female person of interest wanted in connection to the hit-and-run death of Detroit Police Officer Myron Jarrett on Friday night.

According to police, the woman was seen entering and exiting a store with Steven Guzina around 11 p.m. in the 14500 block of Fenkell. Guzina is the man arrested in connection to the hit-and-run.

Police say they believe the woman was a passenger in the vehicle that hit and killed Jarrett.

She is described as a woman with light complexion, 30-40 years old, 5-feet-3 to 5-feet-5 wearing a multi-colored hat, blue jacket and brown pants.

Police say it appears she has an injury to her right arm.