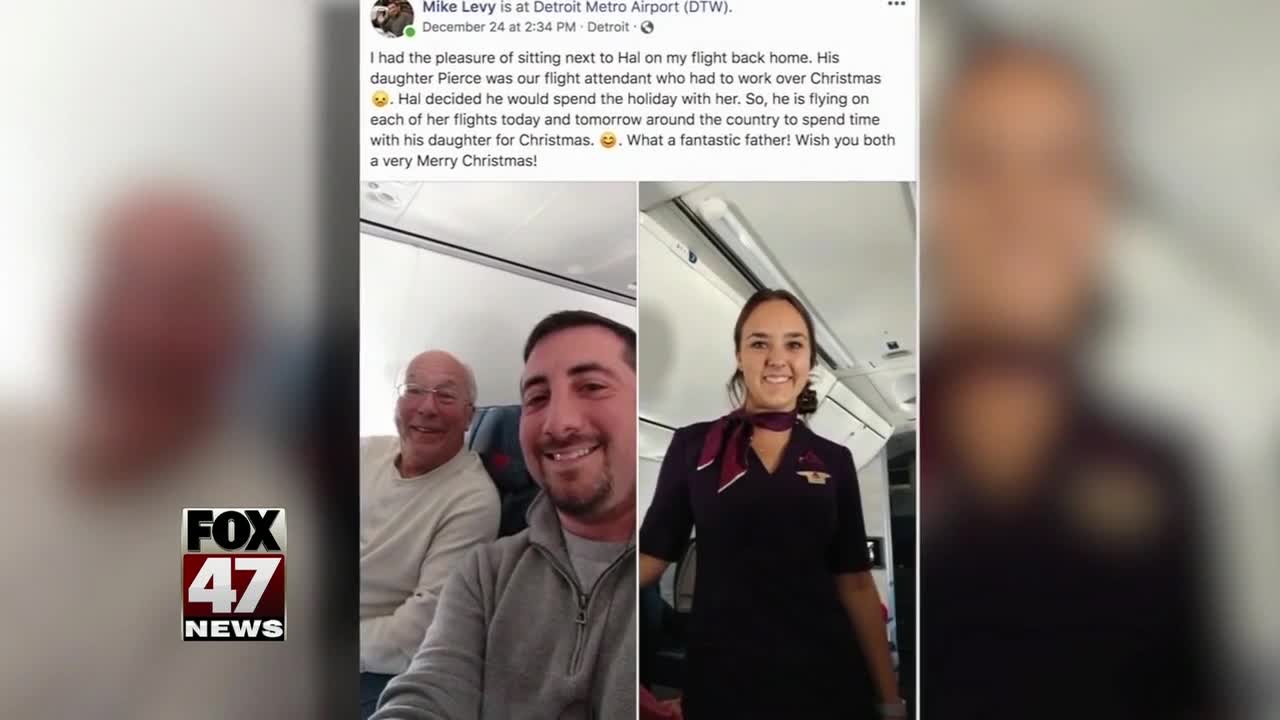 The father of a flight attendant made sure his daughter would not spend Christmas alone when she was scheduled to work. Instead, he made sure he was on every one of her flights. 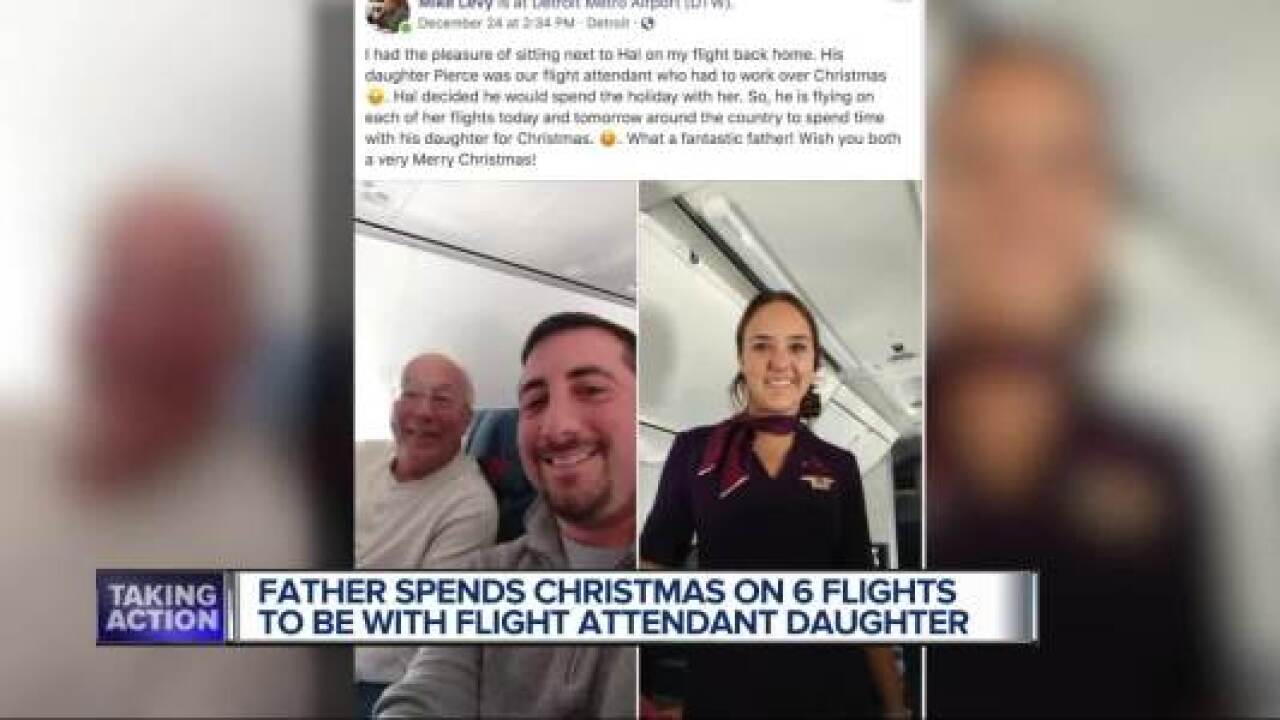 The father of a flight attendant made sure his daughter would not spend Christmas alone when she was scheduled to work. Instead, he made sure he was on every one of her flights.

Mike Levy of Toledo sat next to Hal Vaughan on his way home from Florida and struck up a conversation. Like most conversations on a plane, Mike asked Hal where he was headed.

Turns out, Hal wasn't really traveling anywhere in particular. He was just traveling to be near his daughter, Pierce Vaughn, who is a first year flight attendant.

“It’s such a unique story," Mike Levy said. "I’ve never heard of a father doing that before and I thought it was just such a great Christmas story about an amazing father and his daughter."

With Hal’s permission, Levy took a picture of Hal and Pierce and posted the pictures along with the heartwarming story on his Facebook. The post ended up going viral with more than 30,000 shares.

"My family and I try to spend time with each other no matter what,” Pierce said.

She currently resides in Ann Arbor but is from Mississippi. She says the distance does make it hard to spend time with her family.

Being a first-year flight attendant, she expected to work on Christmas Day. She says her parents both decided that her father should come along for the ride, and Facetimed her to let her know.

“My dad was like I guess I’ll just go with you and I thought they were messing with me," PIerce said. "I was like, that’s really mean - don’t say that. I’m going to be a alone, nd they were like no like surprise we’ve talked about it we think that your dad should go with you and spend the layover with you."

In all, Hal took six flights to be with his daughter. Pierce says it’s an experience she will never forget.

“People are kind of making us appreciate that maybe not everyone has this kind of relationship with their parents and kids,” she said.