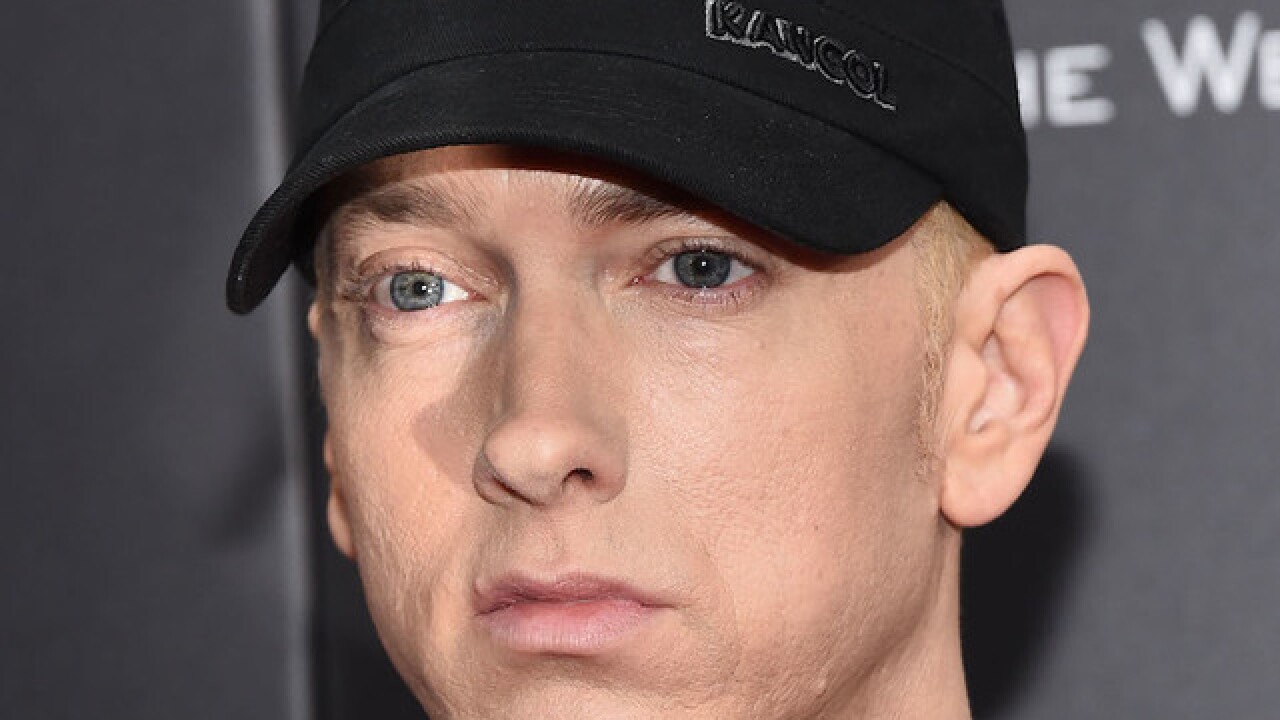 He tweeted that he "tried not to overthink it."

Tried not 2 overthink this 1... enjoy. 🖕#KAMIKAZE Out Now - https://t.co/ANw73KbwMt pic.twitter.com/qfQoTYBTUy

The album artwork is based on the jet rudder and stabilizer from the cover of the Beastie Boys' '80s album "Licensed to Ill." The other side has the jet crashing on impact.

Fans can stream the album via Apple Music or Spotify.