Pressure is on Republican legislators to stop the Michigan election certification 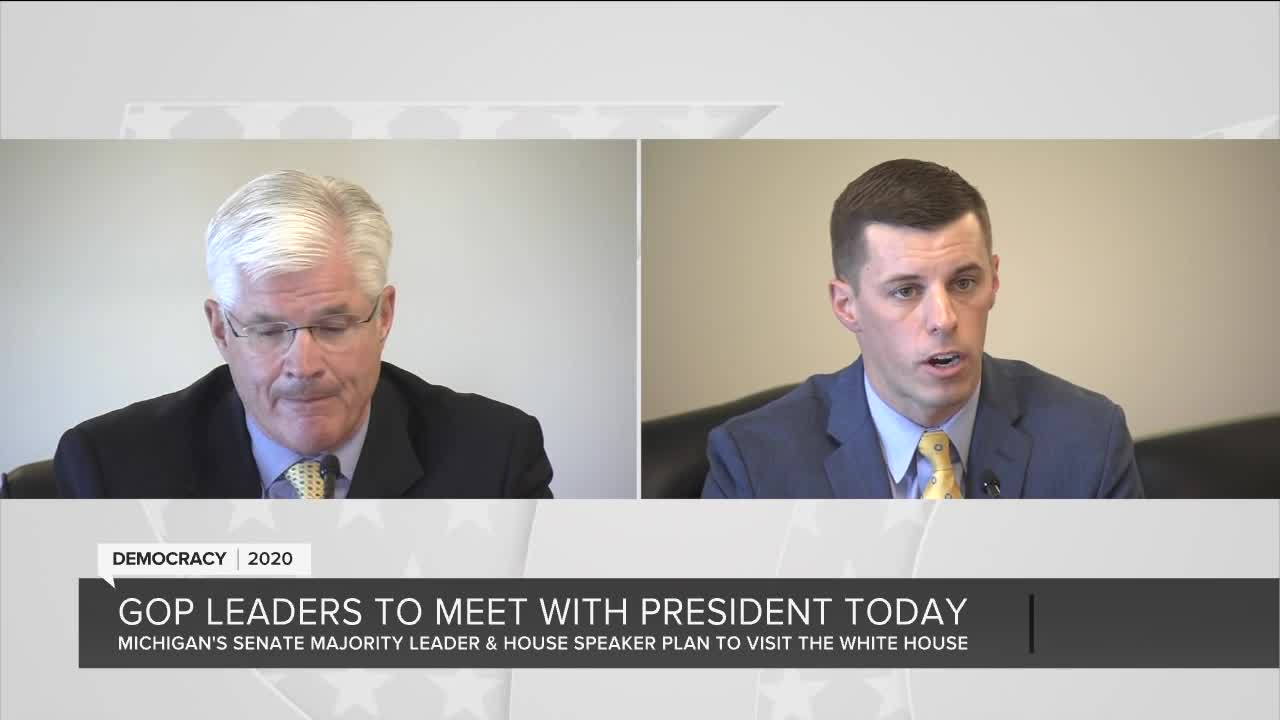 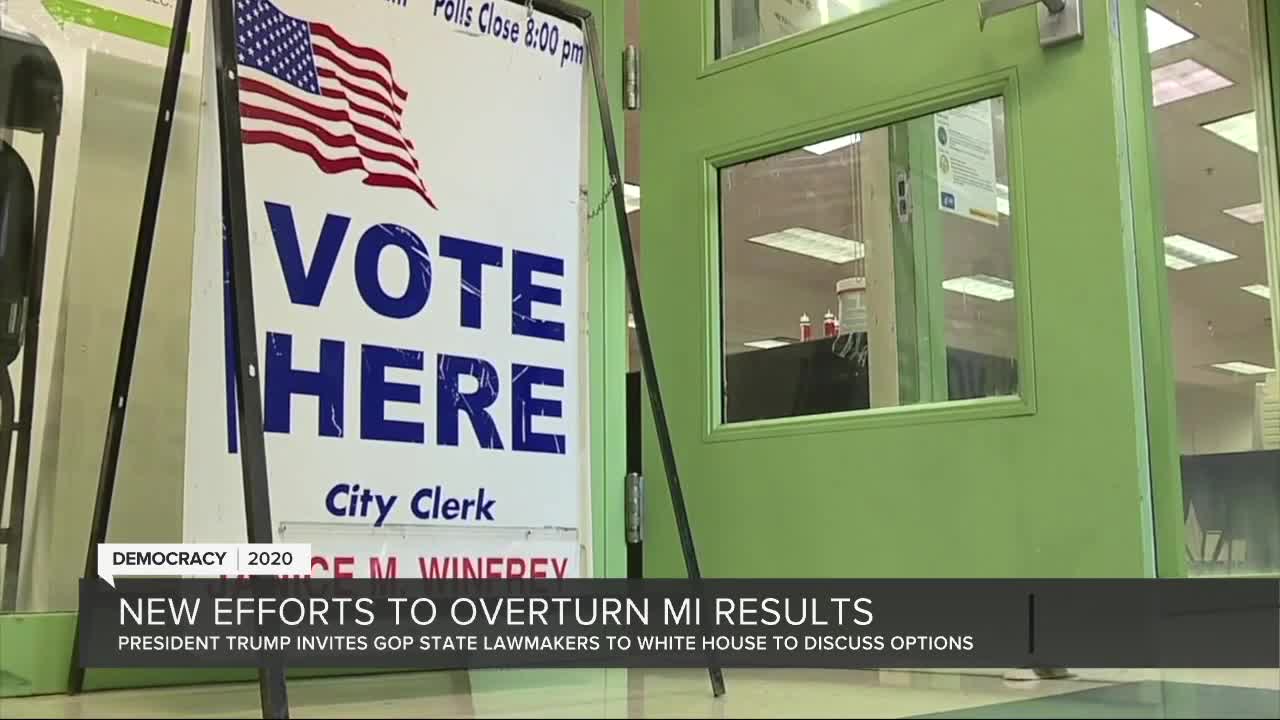 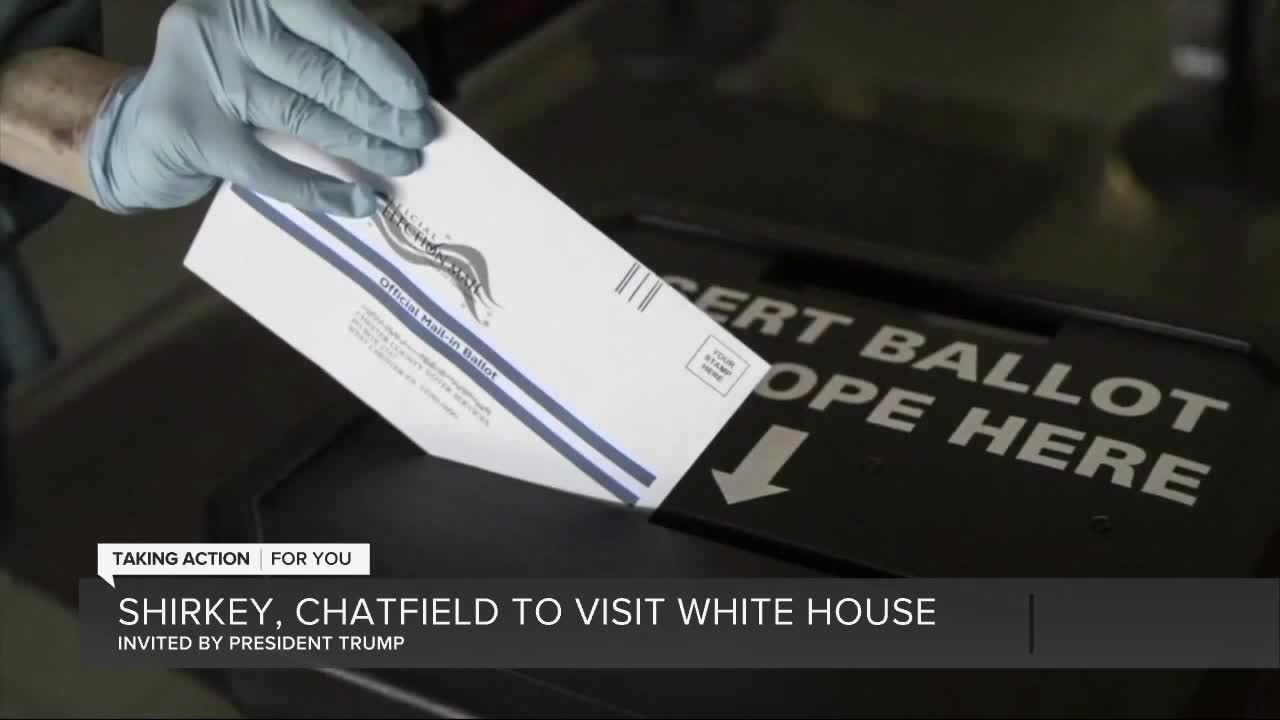 Michigan Republican legislative leaders are getting pressure from Trump voters and from the president himself in what could be a Hail Mary strategy to stop final certification of the Michigan vote.

The Republican Michigan House and Senate leaders will be at the White House on Friday, but they are not answering media questions about why. The White House will not say when the meeting with the president is happening and if it will be private or open to media coverage.

A wheelbarrow full of more than a thousand handwritten letters from Trump supporters were delivered to a joint House and Senate committee hearing looking into the Michigan election.

Ingham County Clerk Barb Byrum, a Democrat, testified that President Trump’s sole mission was “to sow doubt in the election process that underpins our republic.”

“That doubt has quickly turned to mistrust which has led to thousands of honest Americans believing," Byrum said. And at that point she was stopped by Republican State Senator Ed Mc Broom the Committee Chairman saying, “I understand the emotions of folks who are here. It won’t do you any good to be making demonstrations during the testimony.”

The latest Trump lawsuit was withdrawn but Trump's attorney Rudy Giuliani discussed new unfounded allegations that Detroit city vote counts were double the number of registered voters adding, “we have precincts in which two times the number who live there, including children, voted. What I’m describing to you is a massive fraud.”

The final canvassing and certification of the Michigan election is set for Monday.