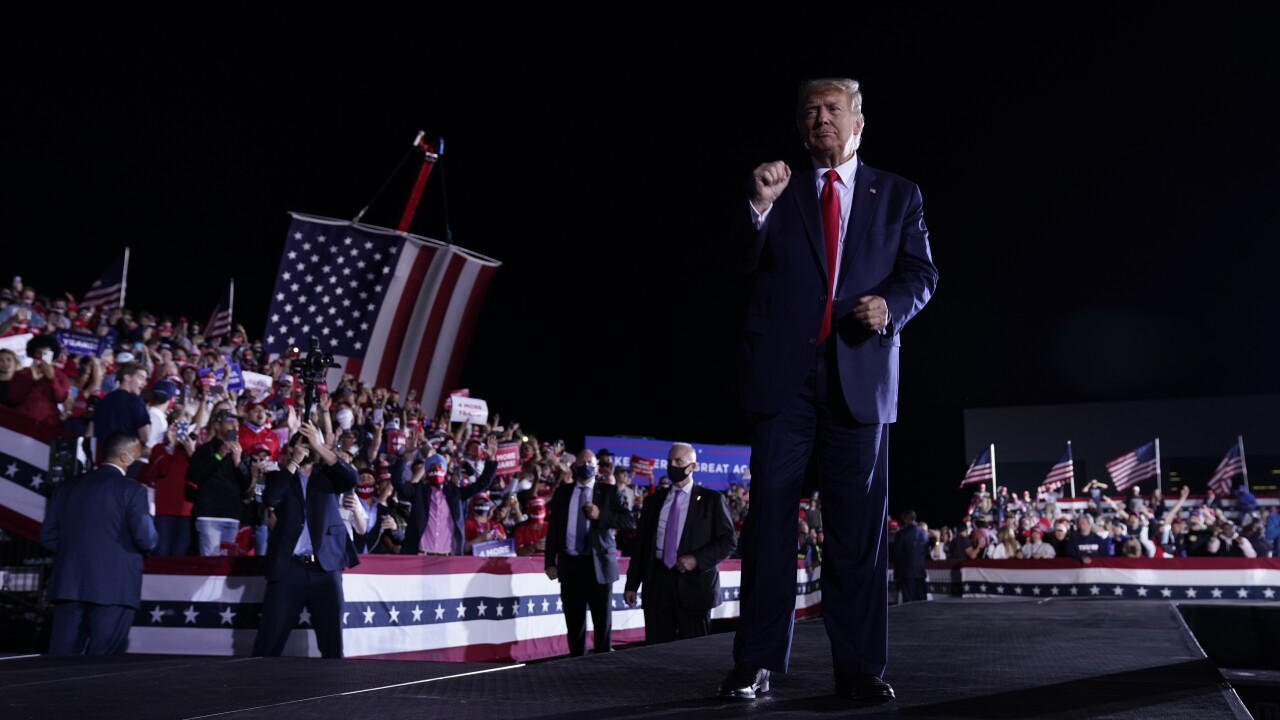 President Donald Trump is returning to the battleground state of Michigan on Saturday evening for a campaign speech.

FULL COVERAGE: Everything you need to know about the 2020 election

Trump is expected to deliver what the campaign says are "remarks on supporting law enforcement" at Muskegon County Airport at 5 p.m. We will stream his speech live.

His visit comes one day after Democratic Presidential Nominee Joe Biden spoke in metro Detroit. On Friday, Biden spoke in Southfield and Detroit where he blasted Trump and praised Gov. Gretchen Whitmer.

Michigan remains a key battleground state for the election with 16 electoral votes up for grabs. It was won by Trump in 2016 by just 10,704 votes.