The two senate candidates made stops in GR and Wyoming 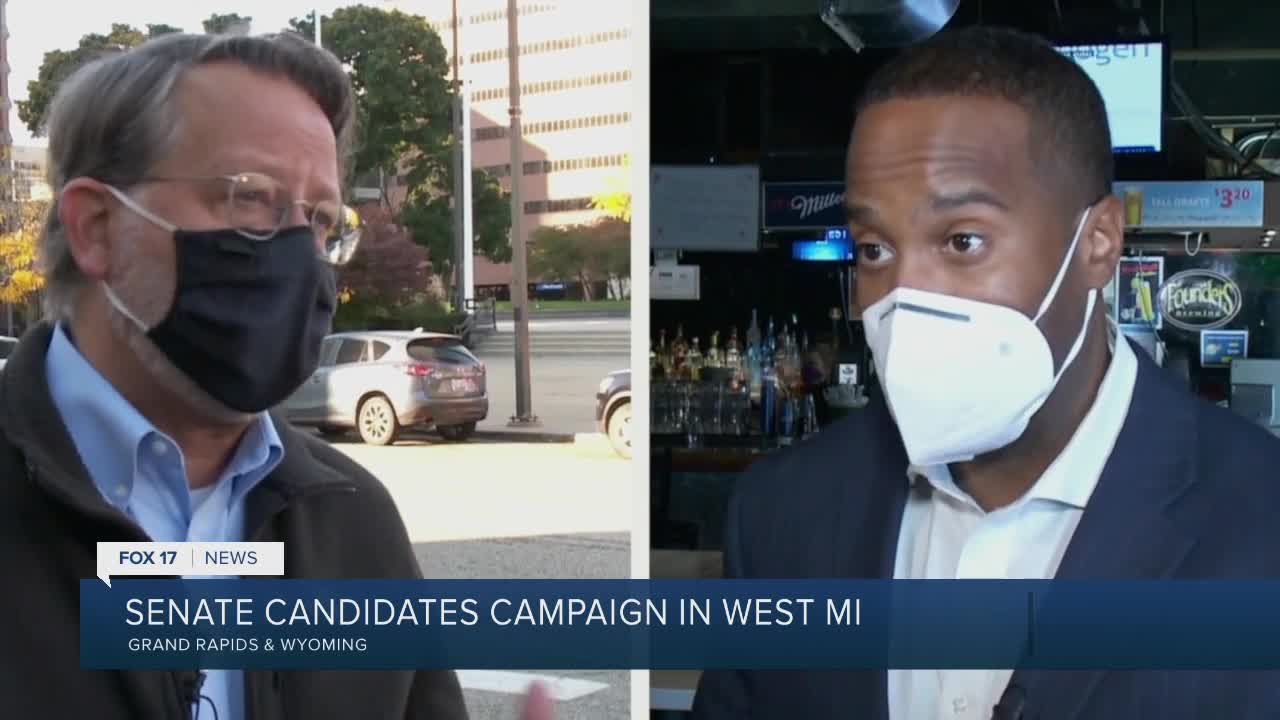 At an early morning campaign stop in Grand Rapids, Senator Peters greeted voters and got an endorsement from Mayor Rosalynn Bliss.

Just down the road, in Wyoming, James talked to a small group of veterans at Brann’s Steakhouse. Joined by fellow veteran and 3rd congressional candidate Peter Meijer, the two Michigan candidates both picked up endorsements from veteran and Arkansas Senator Tom Cotton, who put his own reelection campaign on hold to stump for the two in Michigan.