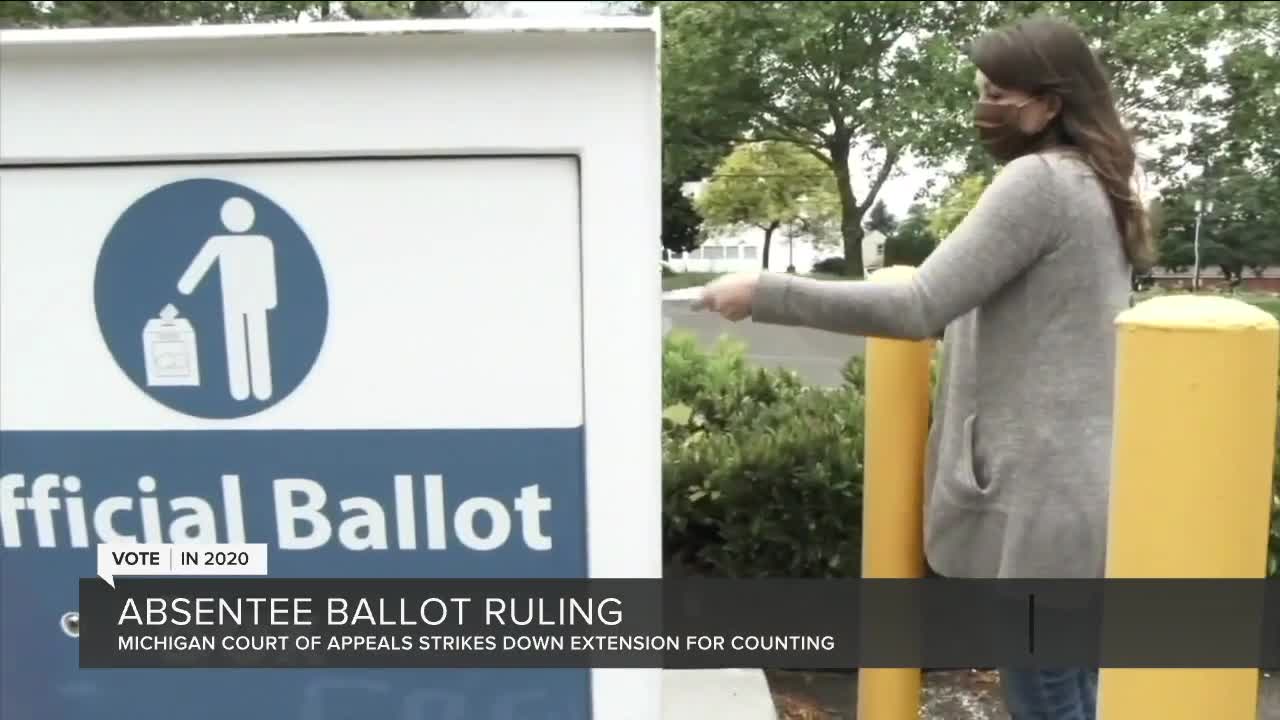 The Michigan appeals court has blocked a 14-day extension to accept and count absentee ballots. 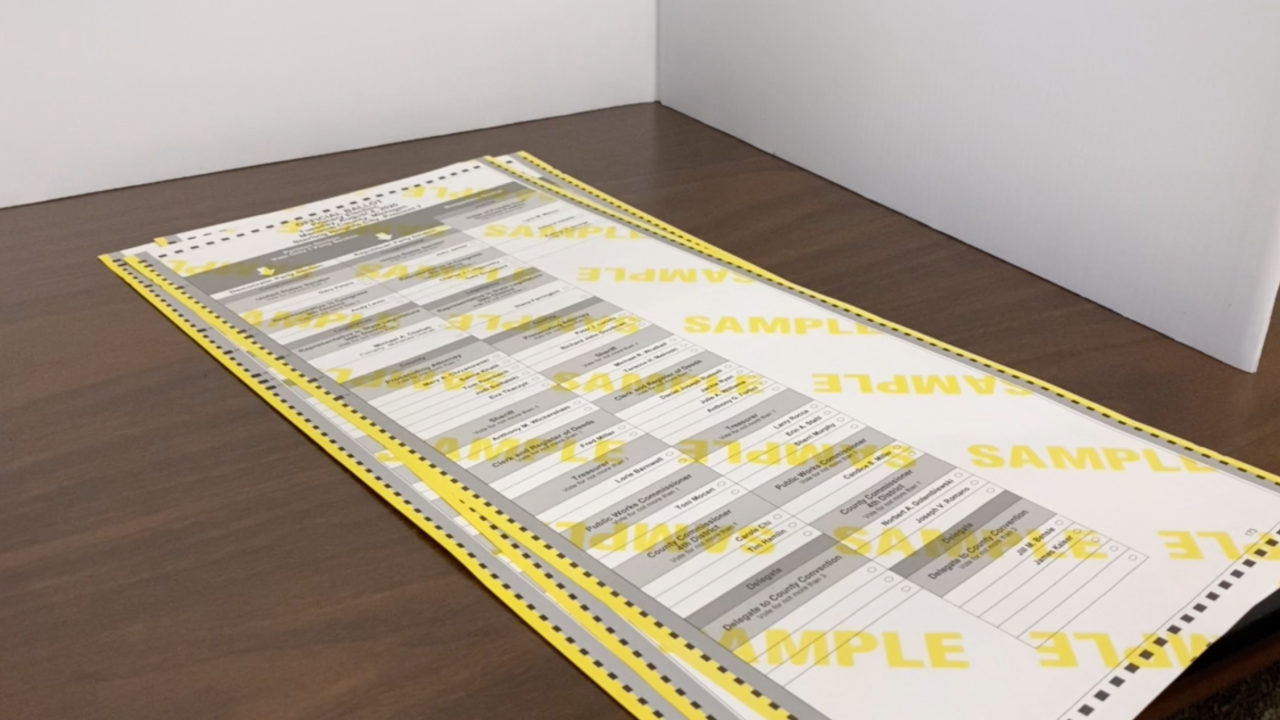 The Michigan appeals court has blocked a 14-day extension to accept and count absentee ballots.

The court says any changes must rest with the Legislature, not the judiciary.

Michigan law says absentee ballots must be turned in by election night to be valid. But a Court of Claims judge had ordered that any ballots postmarked by Nov. 2 could be counted if they arrived within two weeks after the Nov. 3 election.

Attorney General Dana Nessel and Secretary of State Jocelyn Benson, both Democrats, had declined to appeal, leaving it to the Republican-controlled Legislature to intervene.

A spokesperson for the Secretary of State's office released the following statement:

We continue to urge voters to submit their absentee ballots by mailing them no later than October 19 or hand delivering them to their local clerk’s office or ballot drop box as soon as possible. The Secretary of State has consistently urged voters to apply for and return absent voter ballots as far ahead of Election Day as possible. That has been and will continue to be her focus.