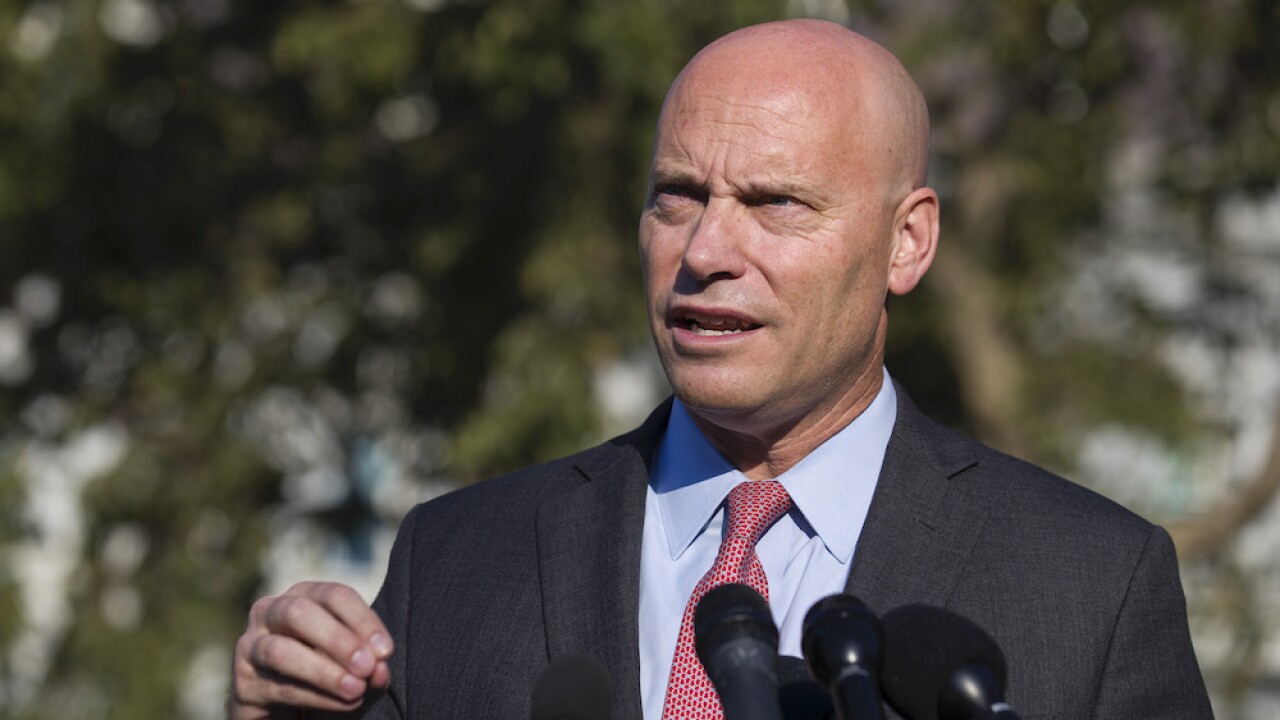 The number of people within the orbit of Vice President Mike Pence who have contracted COVID-19 in recent days has grown to five, according to CNN and The New York Times.

Those five include Pence's chief of staff, Marc Short, an outside advisor, Marty Obst, and aide Zach Bauer.

On Saturday, the Trump administration confirmed that Short had contracted COVID-19. In a statement released, the White House said that both Pence and the second lady both tested negative, and CNN reports that they tested negative on Sunday as well.

On Saturday, the White House said that Pence would "maintain his schedule in accordance with the CDC guidelines for essential personnel."

However, The New York Times reports that "several" White House officials privately believe that Pence should stay off the campaign trail due to the outbreak. CNN spoke with officials who said Pence staff members are "scared" of contracting the virus.

Just hours after the White House confirmed Short's diagnosis, White House Chief of Staff Mark Meadows said on CNN that the Trump administration wasn't "going to control the pandemic" and would instead focus on treatments and vaccines.

The outbreak within Pence's office is just the latest rash of COVID-19 cases that have reached the inner circle of the White House. President Donald Trump himself was hospitalized after contracting the virus earlier this month, and both first lady Melania Trump and her son, Barron, have also caught the virus. Several other top White House officials, including press secretary Kayleigh McEnany, adviser Stephen Miller and White House counselor Hope Hicks have also contracted the virus.