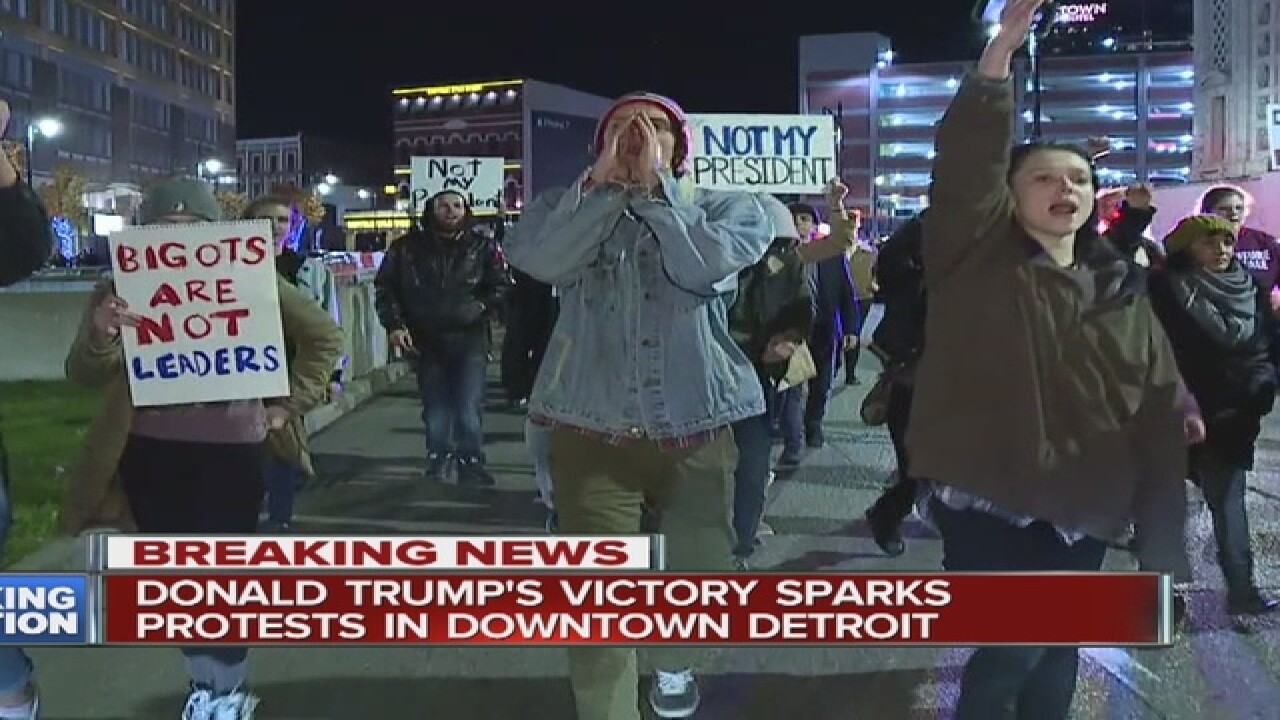 Young people took the streets of downtown Detroit, angry and upset about the outcome of Tuesday's Presidential Election. For nearly three hours they chanted, " Not my president," and also yelled derogatory things about the country's next Commander-In-Chief Donald Trump.

At times, protesters walked in the middle of streets, blocking traffic. Detroit Police were there every step, making sure nothing got out of control.

Commander Elvin Barren tells Action News, " We have been preparing for protests the day after the election. With all the anger, people want to vent. We will heal, and we will move forward from this."

When we asked one protester about moving forward and coming together as a country, she told us," That's a question for tomorrow.

Today we vent, we grieve, we must heal and then we can move forward tomorrow." Police say no one arrested, and the protests remained peaceful. These protests happened around the same time as several others across the country, including in New York, Philadelphia, and Chicago.