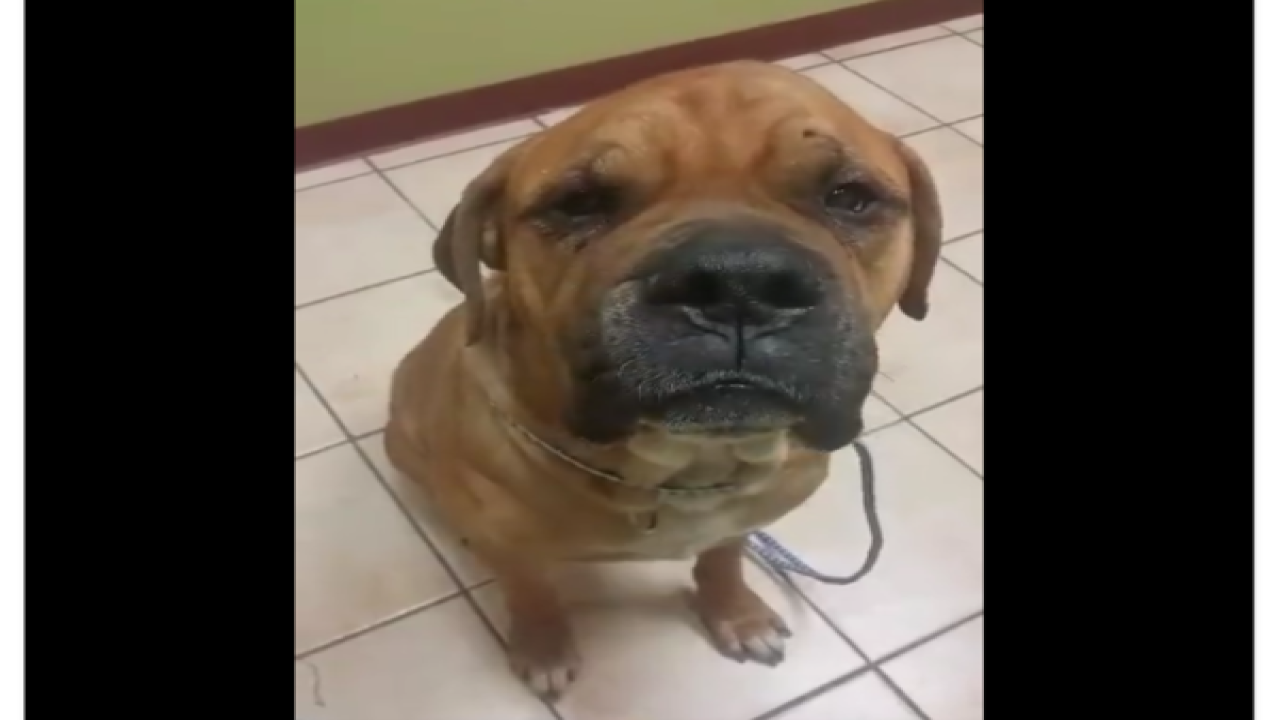 The Detroit Pit Crew Dog Rescue group is thanking supporters after a dog that was reportedly being abused was taken into a veterinarian's care.

A video circulating on the Internet appeared to show "Meatball" the dog being abused and sparked outrage on social media. In the original video, it appears the owner is shoving the dog's head into the house.

According to the Detroit Pit Crew rescue group, Eastpointe police and animal control were able to secure a search warrant and retrieve the dog.

It is not clear what actions may be taken against the owner at this time.

The rescue group posted an update showing "Meatball' in good spirits at the animal hospital.

For those concerned about Meatball, the dog whose head was being smashed against a house in the video that we posted, we will let you know that we have seen him in person and he is doing well. We were able to find out where his owner works and we did provide that information to authorities so we are assuming they will be going to arrest him sometime today. Since this sweet boy is in the care of an animal hospital we assume that a very thorough examination of the dog will be conducted and all evidence gathered will be provided to the prosecutor's office. We have participated in many many animal abuse cases with successful prosecution so we are well aware of what it takes to get an animal abuser prosecuted and this should be a slam dunk case against this animal abuser. Thank you to all our wonderful supporters who stood up for this voiceless animal and called to make sure he could be brought to safety! YOU GUYS ARE heroes!

UPDATE....DOG IS SAFE!!! POLICE BUSTED DOWN THE DOOR OF THE ANIMAL ABUSERS HOME AND TOOK THE DOG. HE IS NOW SAFE!!! We received this video today of a man beating his dog's head into the side of his house. Apparently this happened in Eastpointe on February 19th and although an arrest warrant has been issued the dog is still in the possession of the abuser and no arrest has been made. PLEASE CONTACT EASTPOINTE POLICE DEPARTMENT TO ASK WHY THIS ANIMAL ABUSER IS NOT IN JAIL.