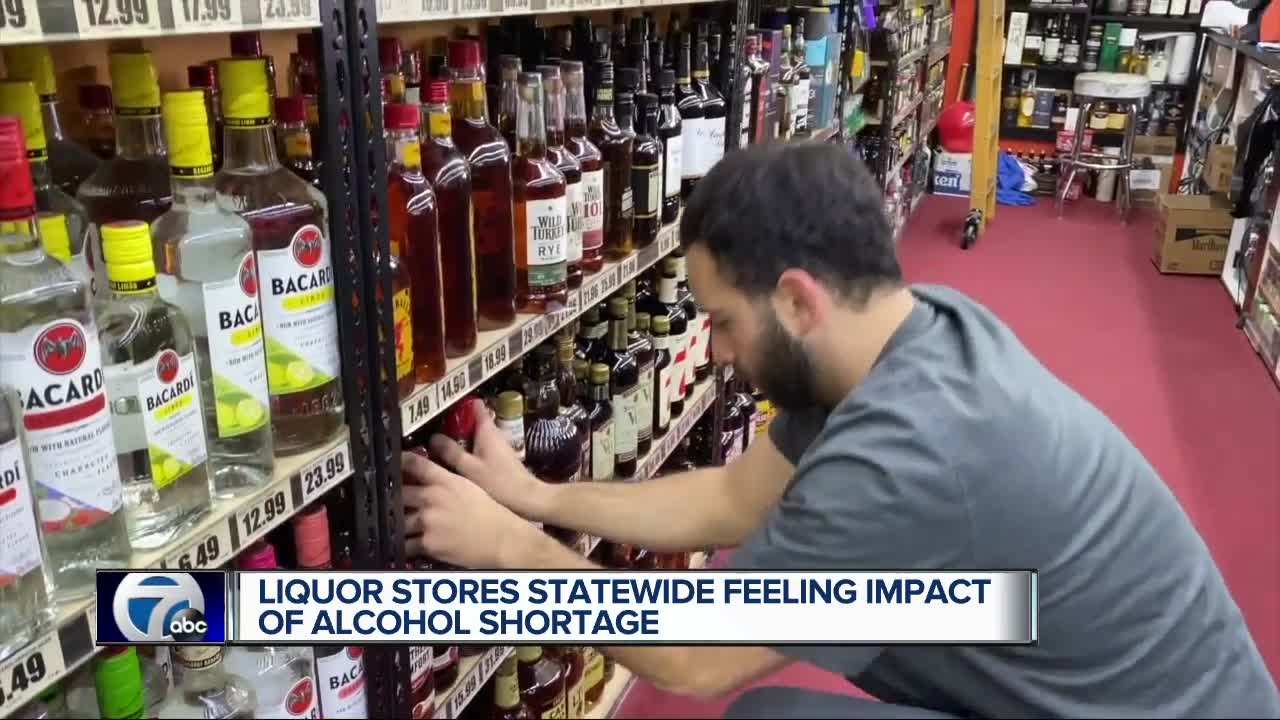 The state of Michigan is felling the pinch of a alcohol shortage.

But instead of getting prepared for big sales to come, the small business owner is facing a booze back up as the state’s largest distributor, Texas-based Republic National Distributing Company transitions into a new state-of-the-art Livonia facility, causing major software issues and delivery delays.

"it’s so behind that it’s going to start messing things up," said Denha who's been waiting on a barrel of bourbon for weeks.

"They told me that it was in the warehouse a month ago. We don't know when we’ll get it. They haven’t given us a date," he said.

Not to mention, he's facing delays on many of his top shelf sellers from Tito's, to Smirnoff, to Maker's Mark. 90 percent of his alcoholic beverages come from the distributor.

It's an uncertainty being felt state wide, with 13,000 retail customers, including royal oak main stays, like Ale Mary’s and Mr. B’s, feeling the same pinch.

"It’s just messing things up, we don’t even know what to order," said Denha, concerned with how to keep shelves stocked if the delays continue much longer.

The Michigan Liquor Control Commission says it’s taking action to ensure liquor shelves are stocked this holiday season, today calling on the distributor to contact the 350 licensees who have submitted complaints to resolve their issues immediately. The MLCC also asked that RNDC submit a corrective action plan by Wednesday, November 13th.

An agreement, MLCC says, is in place that RNDC will have the issues completely resolved by the end of November.

When asked about whether there would be any reparations for retailers because of the inconvenience, they said they did not yet have an answer.

We apologize to our many customers and to the State of Michigan for not hitting our high goals for solid delivery service to the many retailers we service...We know the new facility will improve our service when it is fully operational. But moving from two warehouses to one while serving our many customers turned out to be like building a new plane while flying it – and we have not performed adequately.