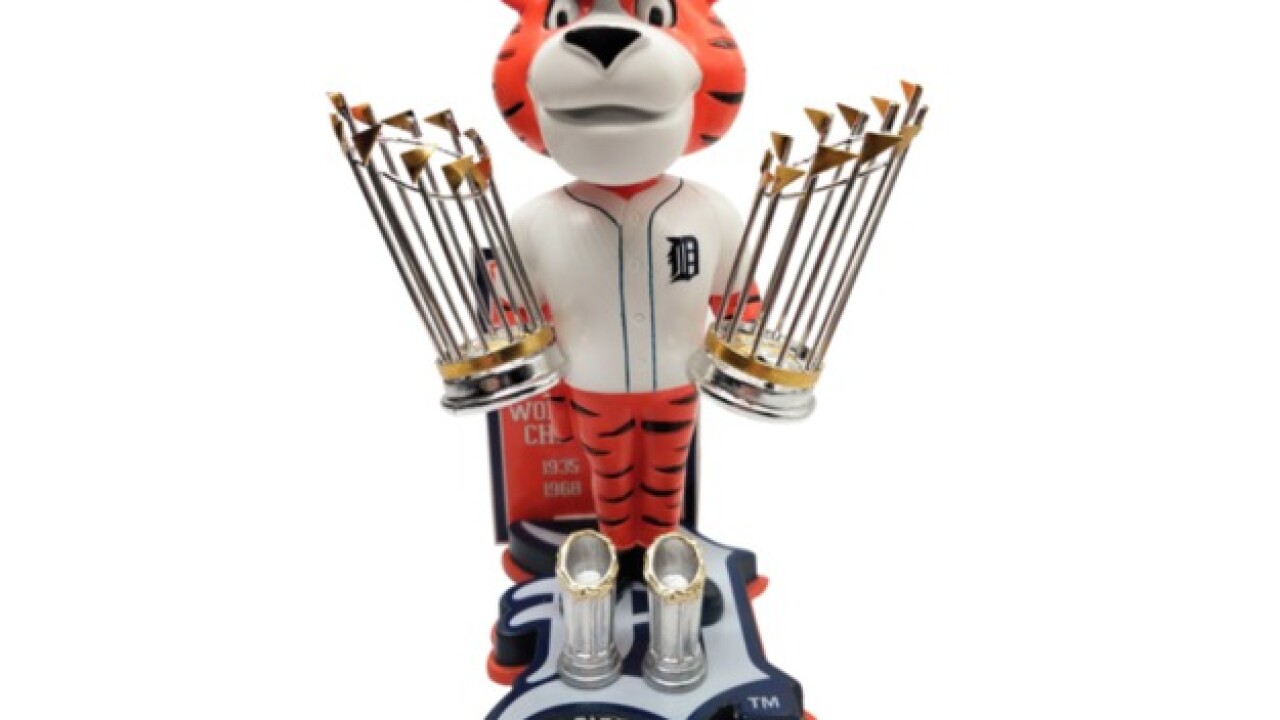 The bobblehead, manufactured by FOCO, commemorates the team's titles in 1935, 1945, 1968 and 1984. It features the Tigers' mascot, Paws, holding two replica World Series trophies and standing on a base in the shape of the Tigers' logo, which has two additional replica trophies on it.

"These bobbleheads are the perfect way for Tigers’ fans to commemorate the team’s World Series titles,” said Phil Sklar, co-founder and CEO of the National Bobblehead Hall of Fame and Museum. “These will be cherished collectibles that bring back great memories of championship seasons.”

"We strongly encourage people to secure the bobbleheads during the presale to ensure they don’t miss out,” said Brad Novak, co-founder and President of the National Bobblehead Hall of Fame and Museum. “Only 1,000 of each bobblehead will ever be produced, so we don’t expect them to last long.”

The bobbleheads are $40 each with a flat rate shipping charge of $8 per order. Order them here.