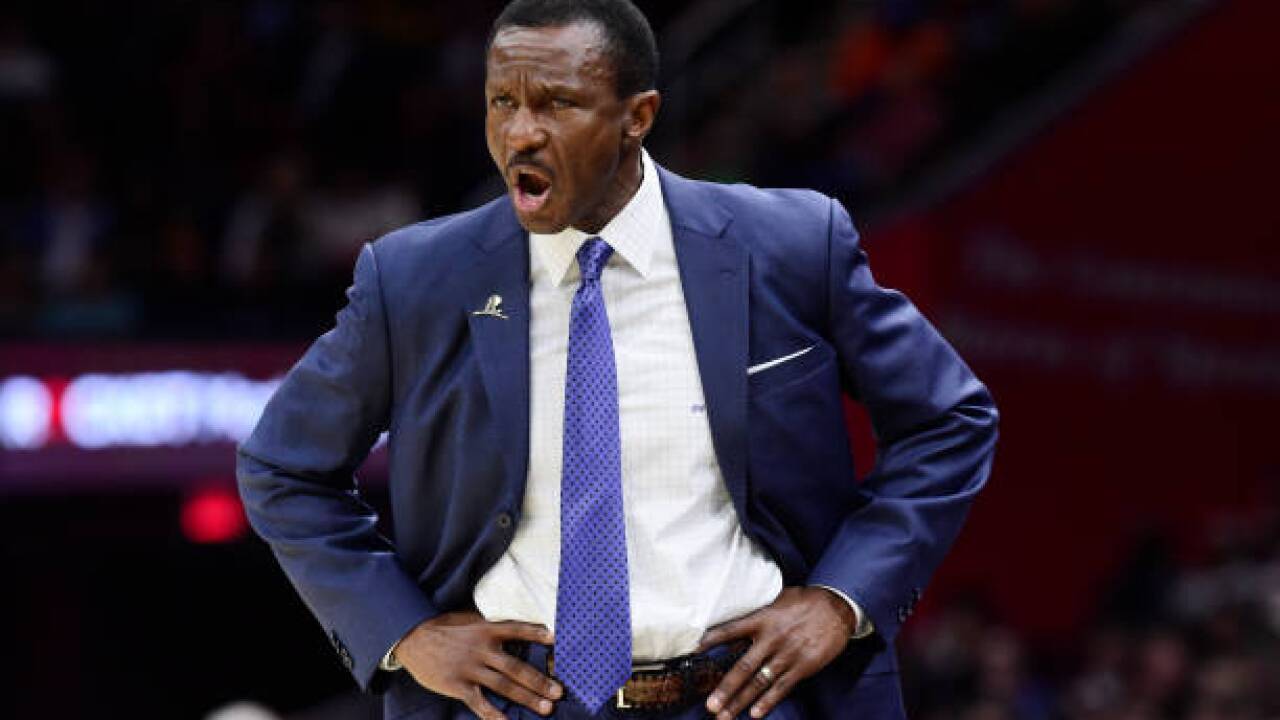 Jason Miller/Getty Images
CLEVELAND, OHIO - MARCH 18: Head coach Dwane Casey of the Detroit Pistons yells to his players during the second half against the Cleveland Cavaliers at Quicken Loans Arena on March 18, 2019 in Cleveland, Ohio. The Cavaliers defeated the Pistons 126-119. NOTE TO USER: User expressly acknowledges and agrees that, by downloading and or using this photograph, User is consenting to the terms and conditions of the Getty Images License Agreement. (Photo by Jason Miller/Getty Images)

Detroit Pistons Head Coach Dwane Casey released a statement weighing in on the tensions that have gripped the nation following the death of George Floyd at the hands of a Minneapolis officer.

Read his full statement below:

“Fifty-four years ago I was an eight-year-old boy living in rural Kentucky when the schools were desegregated. I walked into a white school where I was not wanted nor welcomed. At that time there were no cell phones to record my treatment, no cable news stations with 24/7 coverage, no social media to record the reality of the situation or offer support nor condemnation. But I can remember exactly how I felt as an eight-year-old child. I felt helpless. I felt as if I was neither seen, nor heard, nor understood. As I have watched the events unfold in the days following the murder of George Floyd in Minneapolis, a city where I coached and once called home, I see how many people continue to feel those same feelings - helpless, frustrated, invisible, angry.

I understand the outrage because it seems the list continues to grow: Ahmaud Arbery, Breonna Taylor, George Floyd. The injustices continue to mount and nothing seems to be changing.

We have to change the way we see and hear each other. We have to work together to find solutions to make the justice system just. Black, white and brown people have to work together to find new answers. The only way we can stop the systemic problems that people of color have faced all our lives is through honesty and transparency. We have to understand why people are at their limit at this moment. It takes empathy, in its truest form. It takes a culture shift, it takes action. Let’s stop the injustice now. Let’s not allow another generation to continue to live in a world where they are treated as unequal. Now is the time for real change.”