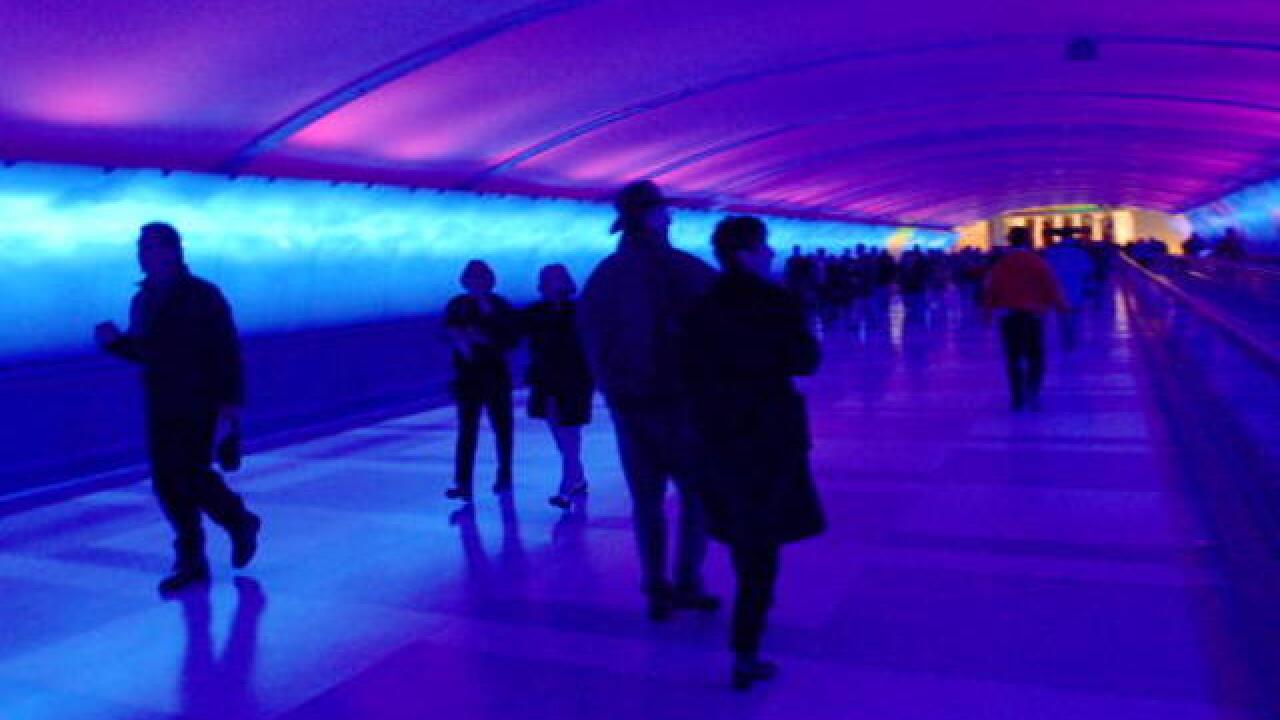 Copyright Getty Images
Bill Pugliano
<p>401193 04: Members of the general public walk through a preview of the Tunnel at Detroit Metro Airports new Midfield Terminal February 16, 2002 in Detroit, MI. The $1.2 billion, 97 gate facility is the largest new airport terminal to be built in the U.S. since Hartsford Atlanta International Airport opened in 1980. The new Midfield Terminal takes up two million acres, is one mile long, and took nearly four years to complete. (Photo by Bill Pugliano/Getty Images)</p>

Detroit Metro Airport is getting ready for the holidays by making some changes to increase the holiday spirit.

With Delta Airlines, the airport team developed a Motown Music Tunnel soundtrack, playing now, in the tunnel inside the McNamara Terminal.

The soundtrack features hits by the Temptations, The Supremes, Stevie Wonder and other artists. It is also choreographed to a creative presentation and light sequence.

There are also four new interactive directories inside the terminal that support eight different languages.

“This holiday season will be busy as we are on pace to serve the most passengers at Detroit Metro Airport this year since 2008,” said Airport Authority Interim CEO Joseph Nardone.

On top of the extras, there have been new restaurants and shops opened inside the terminal, including a second Be Relax Spa, as well as a Chili's and Papa Joe's Market.

Tips for holiday traveling include: