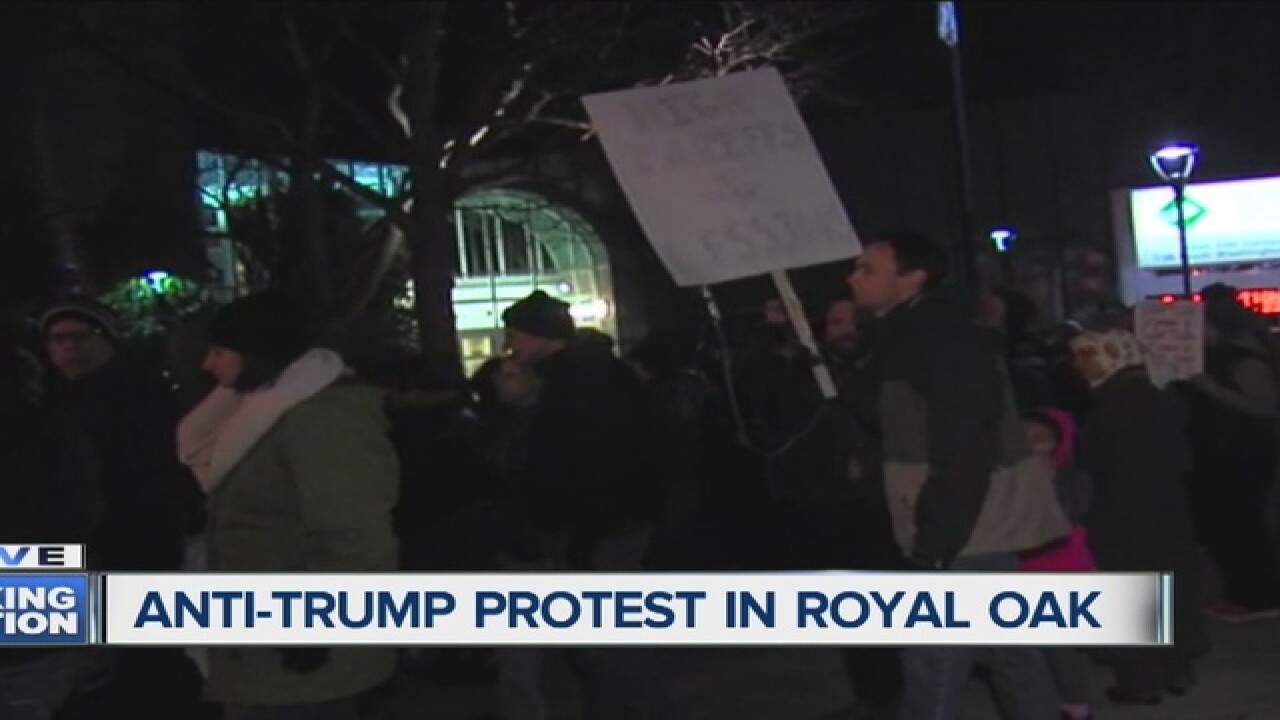 Demonstrators hit the streets for a third night in a row in metro Detroit, this time focusing on Royal Oak.

More than 100 people took over Washington Avenue for about 30 minutes, slowing down traffic as they headed to Royal Oak Middle School.

Protesters were also speaking out against Donald Trump's policies and behavior.

They gathered outside the Royal Oak Campus of Oakland Community College, before taking to the streets.

We're told the large group could be meeting up with others in downtown Detroit for more demonstrations.