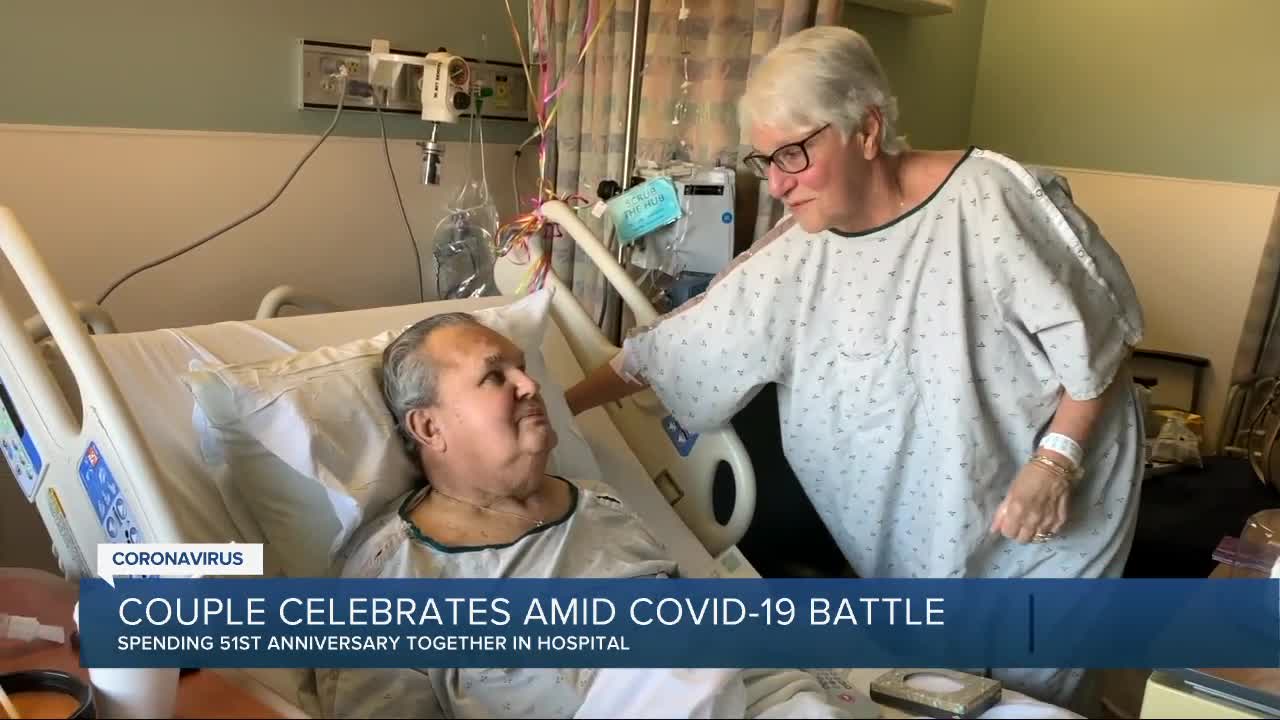 For 51 years, Madeline and Chet Kempa have celebrated life together with their three children and six grandchildren, and taking notes along the way.

"A perfect example growing up to aspire to be like,” said the couples oldest daughter Beth Braley.

Last year, their family took them on a trip to Nashville for their 50th anniversary. However, this year, as COVID-19 spread, another big celebration was out of the question.

“I always would think in the back of my head ‘if anyone can not get this, it’s my dad,’” Braley said.

Four years ago, Chet was diagnosed with a lung disease and had a lung transplant in Cleveland, where the couple spent anniversary No. 47 together.

In October, they were together as Madeline rang the bell, finishing her last treatment for cancer. However, after they both fell ill this week, they’ll spend anniversary No. 51 at Beaumont Royal Oak, battling COVID-19.

As the two recovered with no visitors allowed, their nurses decided to throw them their own party, bringing in balloons and a cake to the room, they both share, together.

“That was super," Madeline said. "I’ll tell ya one thing, these nurses are really angels.”

With each of life’s battles, the Kempa’s have fought it together. Although anniversary 51 may not have gone the way they planned, with a love this strong, it likely won't be their last.

“We have a strong faith and we truly thank god for our blessings, every one that he has given us both challenging and rewarding,” Madeline said.