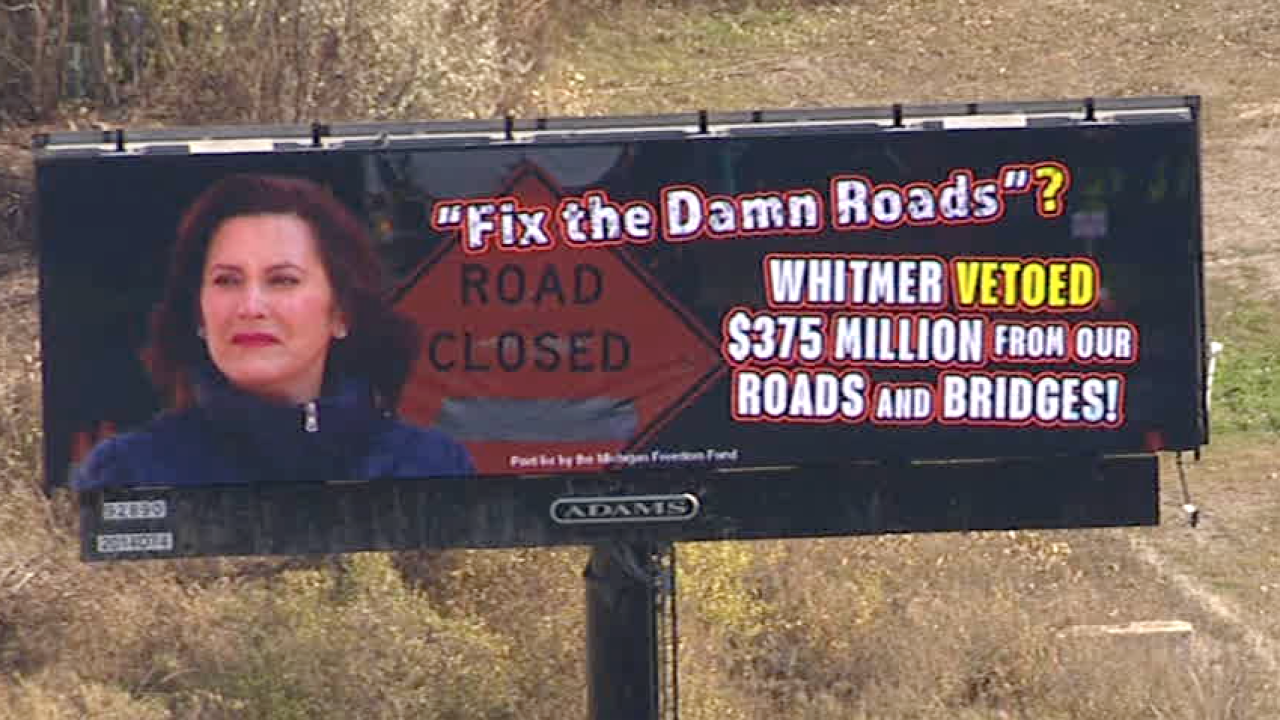 A Conservative group has launched a billboard targeting Gov. Gretchen Whitmer and her "fix the damn roads" campaign promise.

The billboard was paid for by the Michigan Freedom Fund, and focuses on Whitmer vetoing $375 million in transportation funding for the state.

According to the group, the billboards are in Oakland County and in Lansing.

“Michigan motorists elected Governor Whitmer to fix the damn roads, not slash the damn funding and veto hundreds of millions for critical repairs,” Executive Director Tony Daunt said in a release. “The Governor is clearly more interested in raising Michigan’s gas tax by 45 cents-per-gallon than she is fixing our crumbling infrastructure. Voters – and even the state’s top legislative Democrats – disagree.

Zack Pohl, Whitmer's communications director, released this statement: "The $375 million would only rebuild about 39 miles on the freeway and fix about four bridges in a state with over 1,000 bridges in poor condition. While the DeVoses flush their money down the toilet on political attack billboards, the governor will remain focused on actually solving problems for the people of Michigan."