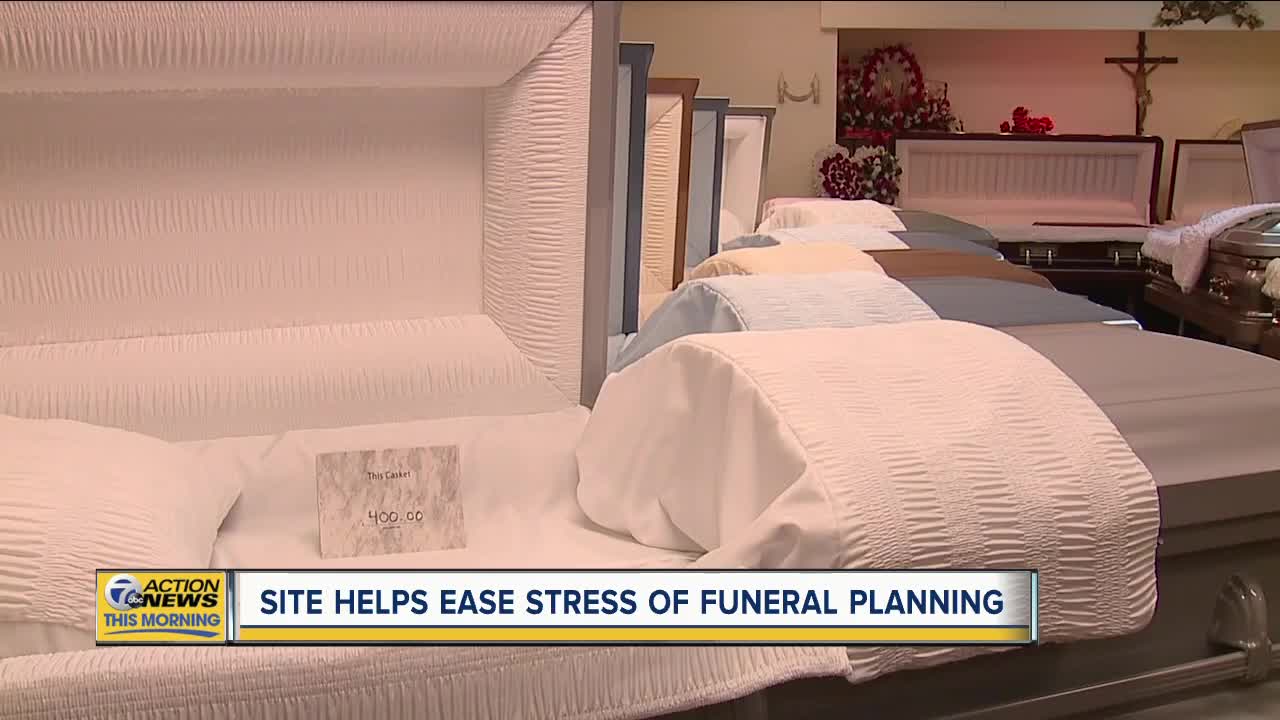 When booking a flight or planning a trip, most of us have used websites like Travelocity or Kayak to find the best deal. But what about for planning a funeral?

“If the Internet has taught us anything it’s to shop, not just buy," said Ed Michael Reggie, the Founder & CEO of Funeralocity.com .

The website's name says it all: it allows consumers to price compare funeral costs based on their zip code and what services they're looking for.

Reggie started the website four years when he witnessed a co-worker struggling with the decisions and the costs associated with saying goodbye.

Now, the free site lists prices for nearly every funeral home in the country.

Here in the City of Detroit, the website shows prices range a lot:

Funeralocity shows Lansing as one of the most expensive cities to die in, with higher funeral costs than even New York City.

Southfield Funeral Home opened in 1981, and is listed on Funeralocity.com as one of the more affordable funeral homes in metro Detroit.

Staff said price does play a role in people's choices. To some extent, they see people shop around already.

“We’ve been around for many years. Obviously, a lot of people who do come to us, we’ve serviced their families before. And then, also on a daily basis, we have newcomers that come out," said Nibras Hanna, also an administrative coordinator at Southfield Funeral Home.

“They want to know cost, how to set everything up, how the day is going to go at the time of the funeral," Yono told Action News.

And it's that one-on-one attention, something Yono said people really rely on during such a sensitive time, that a website can't fully provide.

The National Funeral Directors Association supports consumers “shopping around” to research and understand their funeral and memorialization options. Reviewing prices online can be a good place to start but to truly understand cost and all of the options available to them, families should meet with a funeral director who has a strong reputation and understands their emotional needs, as well as will be sensitive to their budget. It’s important that this be a thoughtful decision with all factors taken into consideration. To meet consumers at all stages of funeral planning, National Funeral Directors Association’s consumer website, RememberingALife.com, offers guidance on where to begin the planning process, the kinds of decisions that consumers will make when making arrangements and the many options available to make a tribute personal and meaningful. The site also offers advice on discussing cost concerns with a funeral director.

Funeralocity.com cannot guarantee a certain price, but Reggie said the website is updating its prices daily.