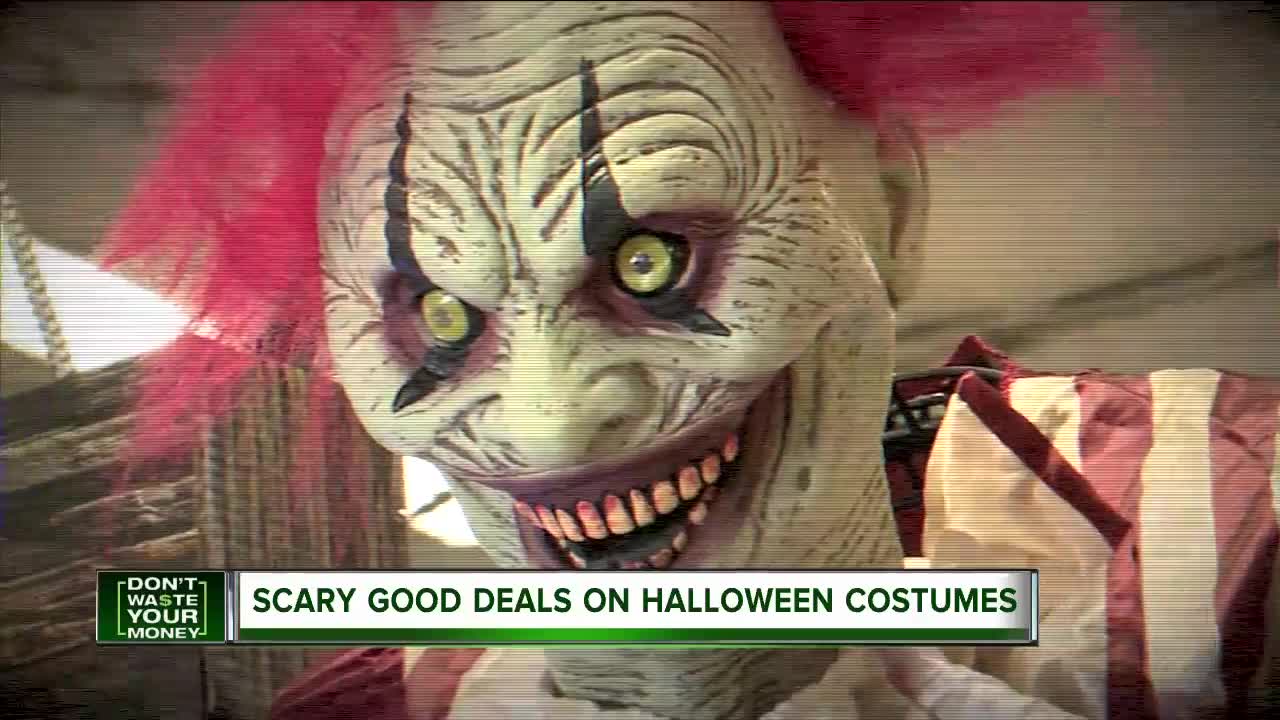 If you haven't gotten your Halloween costume yet because you dread spending the cash, we've got you covered.

7 Action News reporter Ameera David is doing the work, comparing prices on five of 2019's most popular Halloween picks. She has where you need to go before you buy, so you don't waste your money.

Some like their costume funny, some spooky, but no one likes it pricey!

"It's a little too much for a one-time costume," said shopper Crystal Wilson. "It makes me feel like I want to wear it every day."

But since you can't exactly wear it every day, we're on a hunt to find you the best deals on some of this year's top picks.

The unicorn craze: If your kid is all about this rainbow bright star get up, we found it selling at Amazon and at Walmart. Though at $21.99, it's cheapest at Party City.

But from the sweet to the spooky, the best deal for everyone's favorite doll to fear is Spirit Halloween, offering a 20 percent off coupon, so you can get cheeky as Chucky for just $23.99.

That 20 percent discount also helped Spirit Halloween beat out Amazon and Party City on price when it comes to Eleven from Stranger Things – the price dropping from nearly $40 to $31.99.

When it comes the sinister "It" costume, we found it cheapest on Amazon for $34.99, about $13 less than at Spirit Halloween, even with a coupon.

Then again, if you're like Crystal Wilson, then you'd like to add a little spunk to your spook as Suicide Squad's Harley Quinn.

Walmart beats out Spirit Halloween and Amazon, where it retails at just over $33.

But it's not just about pricing, return policies could change the way you shop.

For Spirit Halloween and Party City, it's exchange only up until the holiday. At Amazon? Return 30 days after purchase. Walmart? Up to 90 days after.

Bottom line, get a full picture of the costs before you buy, so the only thing spooky this Halloween is your costume!