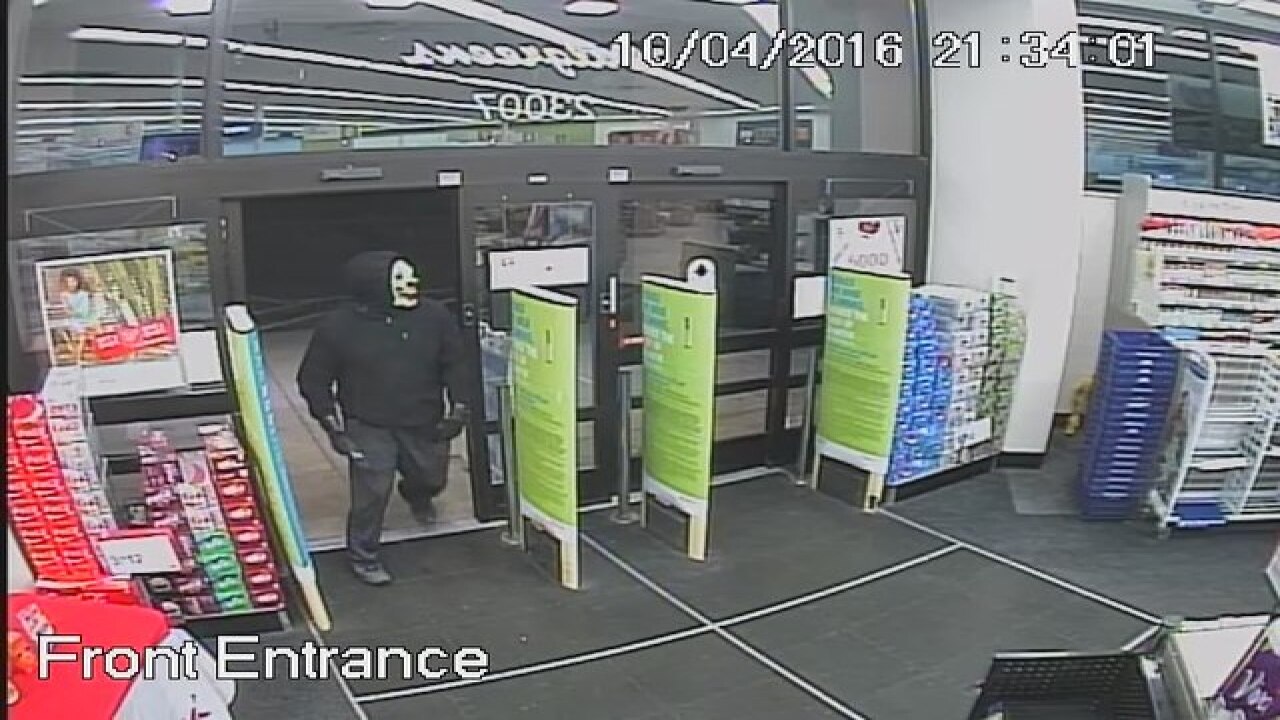 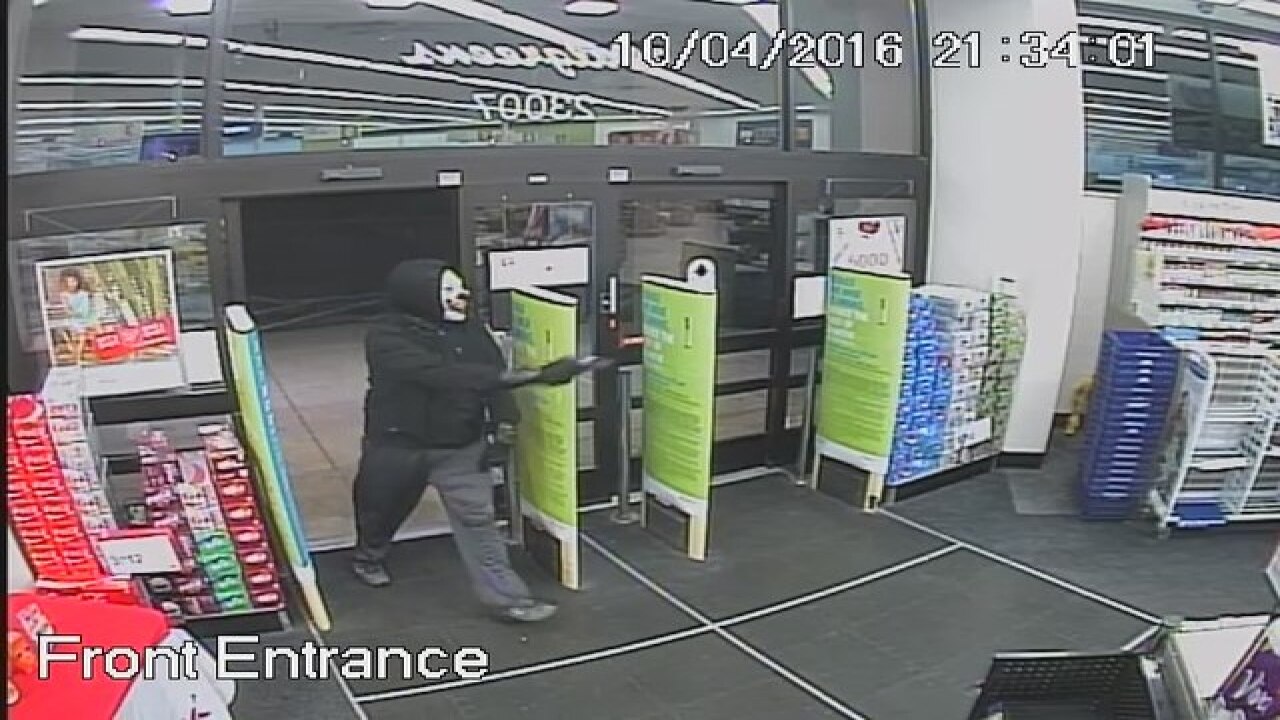 Brownstown police are investigating after they say a man wearing a clown mask robbed a Walgreens on Telegraph.

Police say the suspect entered the store around 9:30 p.m. on October 4 armed with a handgun. The suspect then took $300-$400 from the store clerk, according to police.

Police say he possibly left the area in a blue Chevrolet Impala.

The suspect was wearing clown mask, black hoodie and dark pants during the incident.