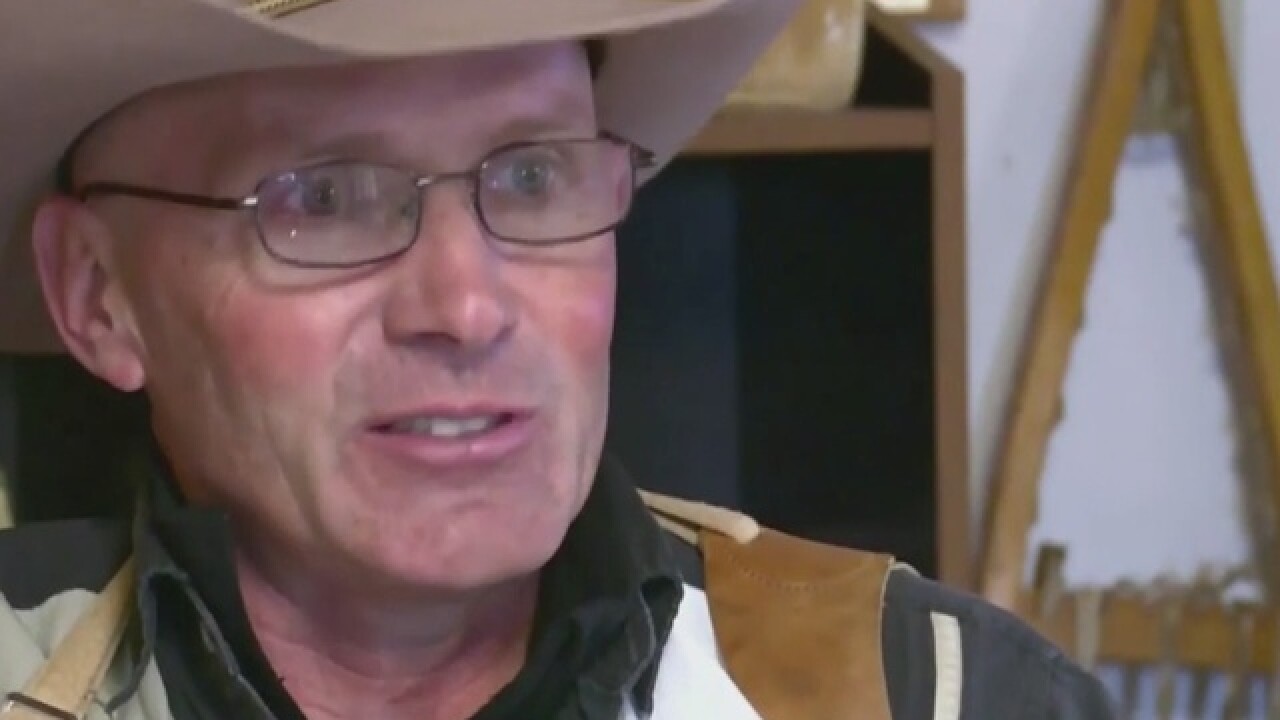 UPDATE: Wednesday, the leader of the Bundy Militia, Ammon Bundy, is asking supporters still holding up the wildlife refuge building in Oregon to stand down and go home.

Meanwhile, the Bundy family in Bunkerville continues to pick up the pieces left behind by the violent shoot out that left one dead and eight other behind bars.

Action News was at Cliven Bundy's Bunkerville home, but the rancher was no where to be found. According to family, Cliven and his wife took off from their home early Wednesday morning to clear their heads.

The only person to speak to media today was Bundy's daughter-in-law, Briana Bundy, who shed tears for the death of militia member, LaVoy Finicum.

"Obviously, we knew that was a possibility, we were willing to to sacrifice our lives, but the fact that it was some one that we love so much that isn't a family," Bundy said. "That's a hero to me."

Briana Bundy would not go into detail about Tuesday's shoot out, but did say the family wanted supporters to continue to fight peacefully.

"Retribution by them, not by us. We don't believe in that we believe in fighting back peacefully," Bundy said.

One person is dead and several others were arrested after a clash between law enforcement personnel and members of a small militia that has occupied a federal wildlife refuge for weeks in Oregon.

Ammon Bundy, who was the leader of the militia, was among those taken into custody on Tuesday during a traffic stop. His brother Ryan was injured during the confrontation with officials.

Ammon and Ryan are the sons of Nevada rancher Cliven Bundy.

Action News spoke with him on Tuesday, just a few hours after his sons were arrested.

Cliven Bundy told Action news that Ammon called his wife from the back of a police car and told her that he had been arrested and this his brother Ryan had been shot in the arm.

Cliven Bundy described his son as a "wonderful man" with a wonderful wife and family. He also said that he was a student of the Constitution and interested in freedom and that he gave his life where he felt like it was best.

Bundy and his group went to Oregon to protest the sentencing of two ranchers, a father and son, who were convicted of arson on federal lands.

Action News also spoke to the daughter of LaVoy Finicum, who was killed during the confrontation.

Finicum's daughter told Action News that she is distraught over her father's death. She also told us that she believes that her father was unarmed when he was shot and killed by law enforcement.

Mug shots for Ammon Bundy, his brother Ryan, and other protesters have been released.

Bundy and his supporters were arrested for conspiracy to impede federal officials by force, intimidation or threat.