Palmer under investigation for PAC accusations 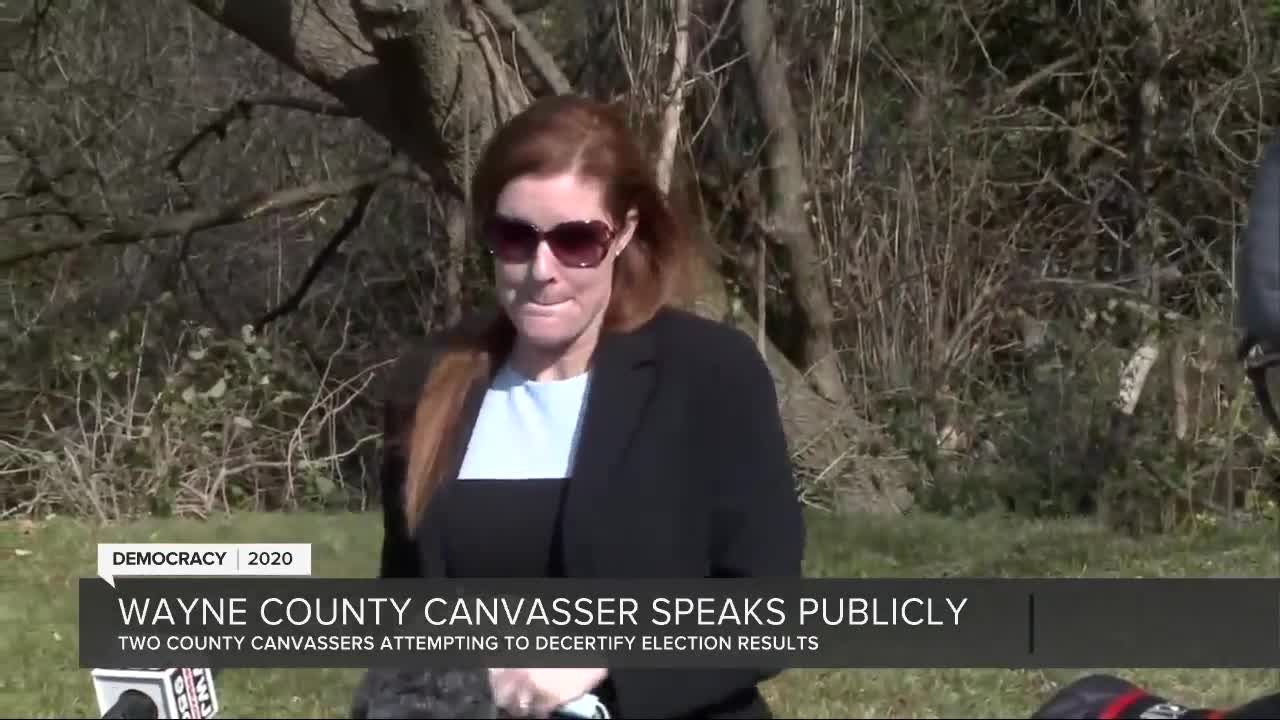 Monica Palmer, chair of Wayne County Board of Canvassers, is set to hold press conference Friday. 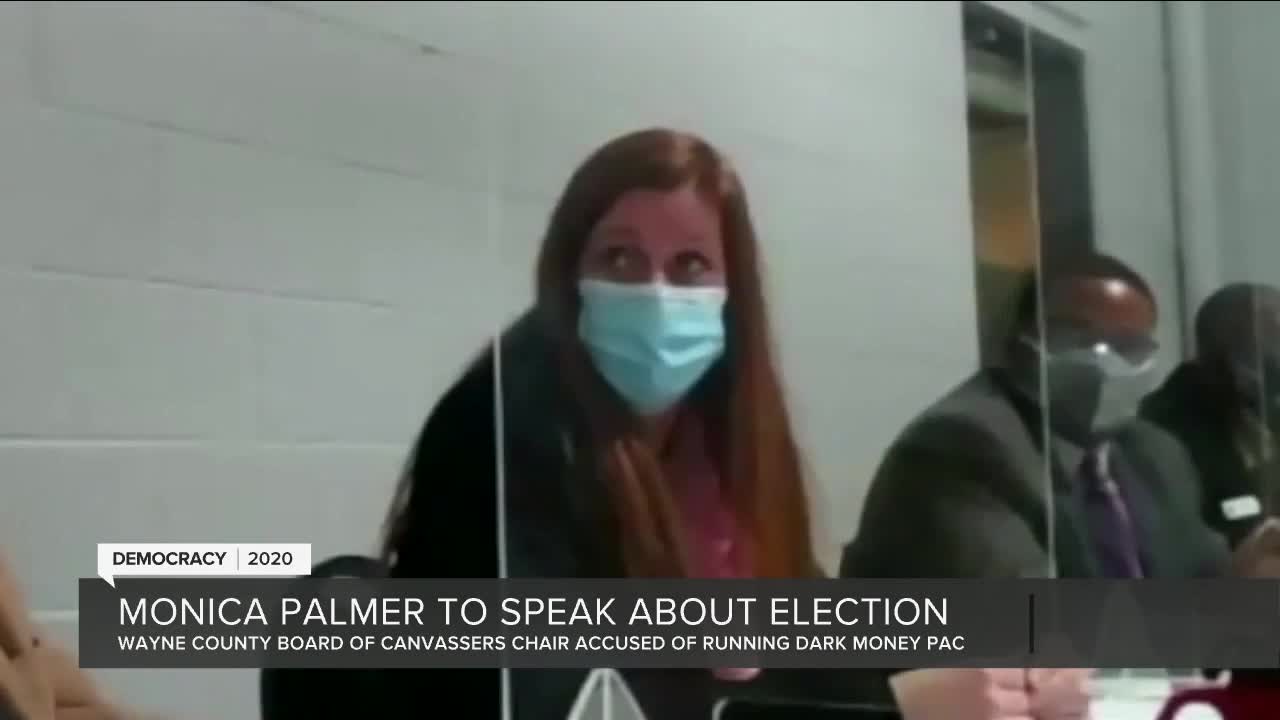 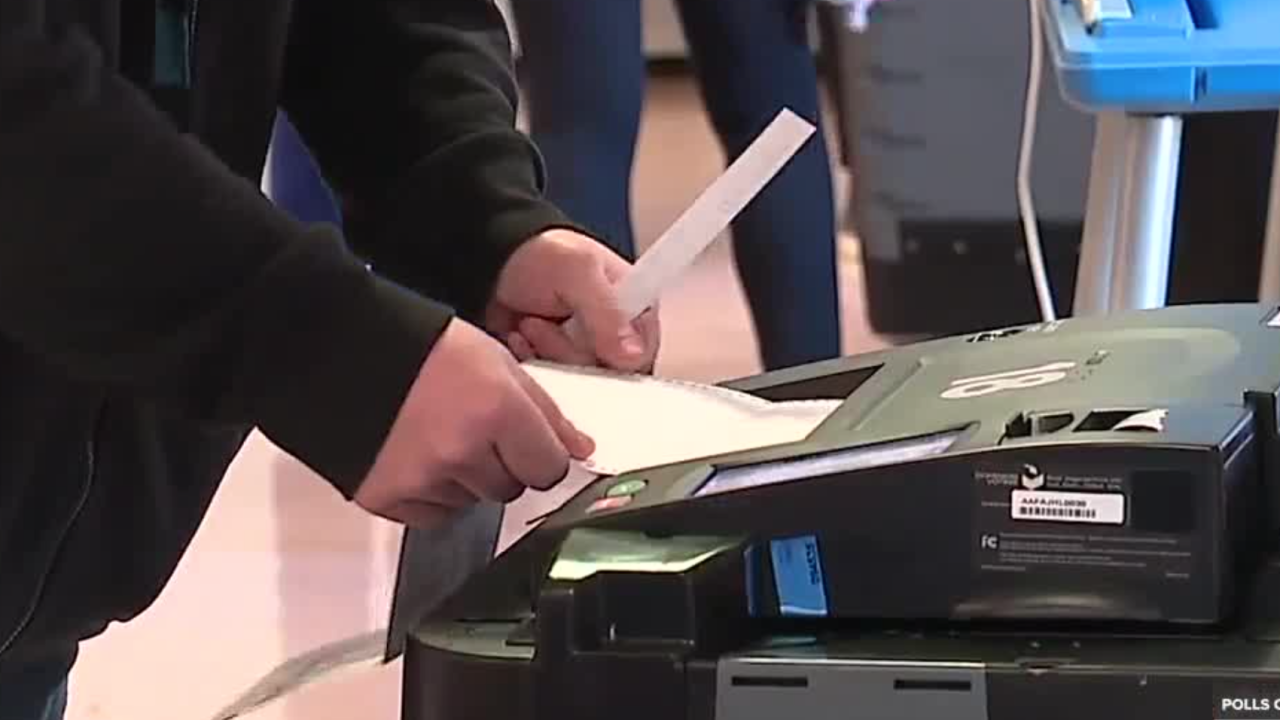 Monica Palmer, chair of the Wayne County Board of Canvassers, held a press conference Friday.

It came just a day after she and William Hartmann, two Board GOP members filed signed affidavits rescinding their "yes" votes to certify the county's election result.

But, there is no legal mechanism for the two GOP Wayne County Board of Canvassers to rescind their vote, the Michigan Secretary of State's office said Thursday.

During the press conference, Palmer talked about her role and her decision when it came to certifying the votes, and also talked about the phone call she got from President Donald Trump.

"My office accepts the Wayne County certification as is and will be calling on the State Board of Canvassers to do the same," said SOS Jocelyn Benson.

She called Tuesday night "heartbreaking," saying her actions weren't racist but that she's trying to protect the Detroit vote. Palmer says her "no" vote was about finding correct information, not taking away anyone's vote – claiming 70 percent of precincts were out of balance. When she found out the Secretary of State said the agreement to do an audit wasn't binding, Palmer says she felt misled.

What's received less attention is that there's also a complaint to unseat Palmer from the Board of Canvassers. She's being investigated because she's accused of running a so-called "dark money political action committee."

The PAC promotes candidates for the Grosse Pointe School Board. The legal complaint claims this is a conflict of interest since it was an election she oversees.