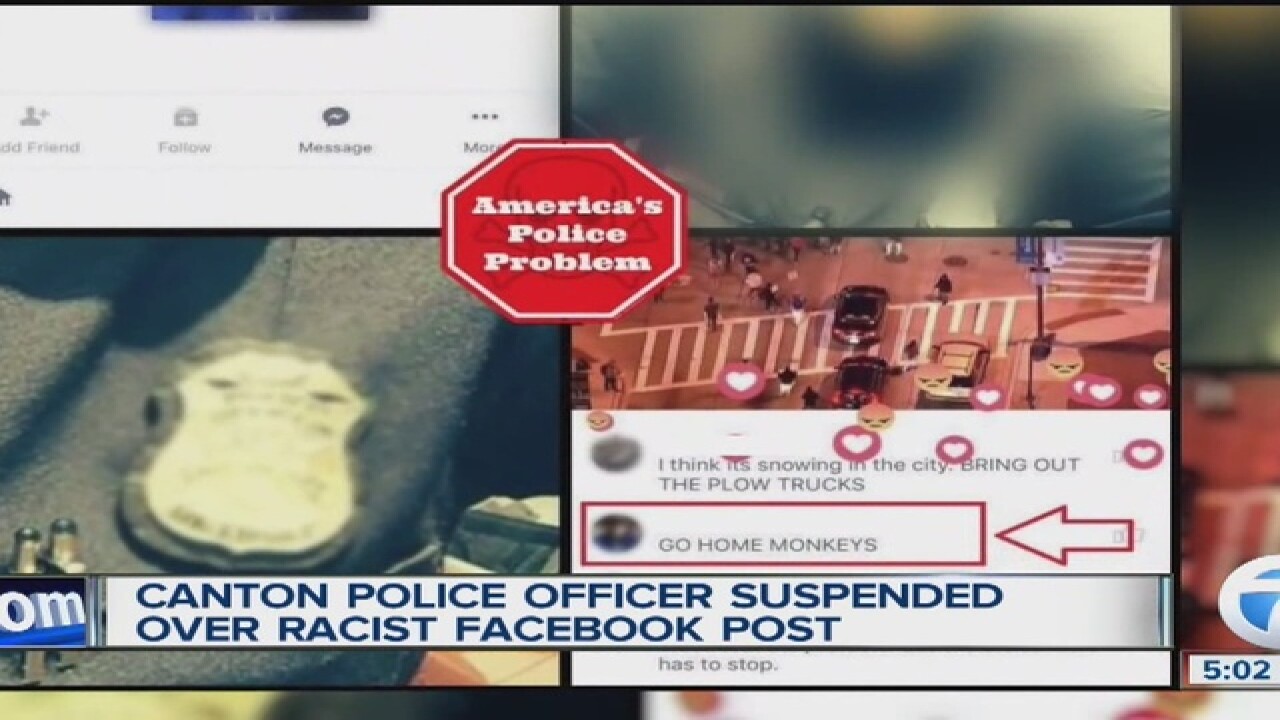 According to the department, they were made aware of the post around 9:30 a.m. Friday and began an internal investigation.

The department says the officer, a one-year veteran, was suspended pending the completion of the investigation.

"The Canton Public Safety Department holds its employees to the highest of standards and this type of behavior is not representative of the beliefs or core values of this organization," the department said in a release.

We're told the post was on a Facebook live feed of a Donald Trump protest. He's accused of writing "go home monkeys" on the feed.