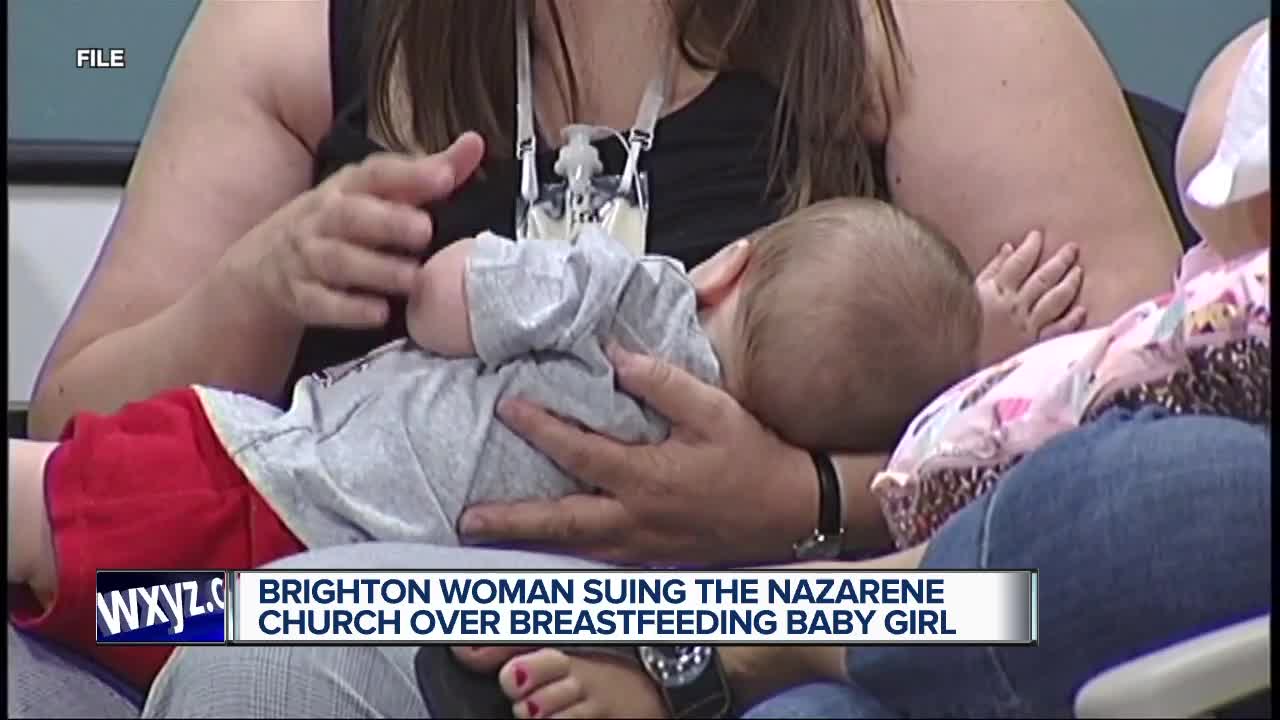 A Brighton woman is speaking out after she says she was called out on social media by a staff member at the Church of Nazarene in Brighton for breastfeeding.

A Brighton woman is speaking out after she says she was called out on social media by a staff member at the Church of Nazarene in Brighton for breastfeeding.

Amy Marchant says what happened to her at the church should never have happened. She says she was called out for breastfeeding her child in the children’s area of the church.

"I was asked to cover up next time or go to a different room," Marchant said.

The mother was breastfeeding her child at Nazarene Church in Brighton one year ago. When she got home she received a Facebook message from a staff member at the church.

"Yeah, shocked," Marchant described feeling. "I honestly thought that we were kind of over that as a society, but I quickly learned we’re not."

The church sent a letter and apologized a month later. But, Marchant says the letter was defamatory.

"They said that I was nursing with both breast fully exposed and basically the rumor turned into I was nursing topless," Marchant said.

She’s now hired a lawyer and is suing the church for invading her privacy and violating the anti-discrimination breastfeeding act among other things.

"There were later approaches from other individuals that said what she was doing was immodest and causing men to lust after her and it was inappropriate," said Marchant's attorney David Helm.

7 Action News reached out to the church and they said they have no comment at this time.

"There was a law that was passed in 2014," Helm said. "Gov. Snyder signed it into law then and it says equal access to breastfeeding mothers in public."

Marchant says since the incident she’s left the church. She’s hoping this will be a wake up call for everyone that it’s OK to breastfeed, but says there is a bigger problem with society.

"I think it goes way beyond breastfeeding at this point and I felt like my whole body was being sexualized," Marchant said. "This isn’t a sexual thing at all and this happens to women all the time, and we’re also still treated a lot like we’re second-class citizens and that needs to stop."

The lawsuit was filed in June. Marchant’s lawyer says they’ve only heard from the insurance company representing the church.