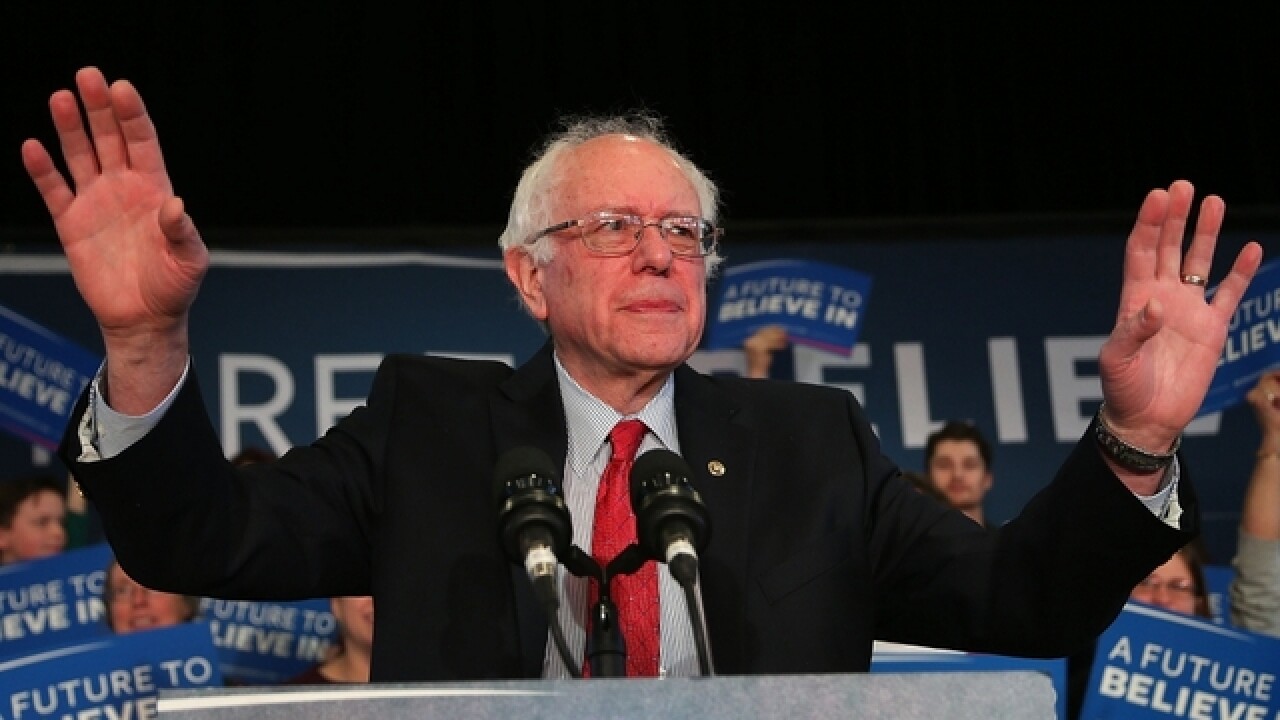 Vermont Sen. Bernie Sanders on Monday released 10 years of his long-anticipated tax returns as he campaigns for the 2020 Democratic presidential nomination.

The returns provide a more detailed look at Sanders' finances than when he ran for president in 2016. The release also confirms that Sanders' income crossed the $1 million threshold in 2016 and 2017, though he reported less earnings in his most recent return.

During his first presidential bid, Sanders released just one year of his tax returns despite primary rival Hillary Clinton pushing him to follow her lead and release multiple years of tax information. He declined to do so, disclosing only his tax return for 2014. Tax transparency has been in the spotlight as Donald Trump bucks decades of presidential tradition by declining to show voters his tax filings and House Democrats seek to force him to turn them over.

During a Fox News Channel town hall on Monday, Sanders said that he'd increased his income by publishing a book — he's written two with campaign themes — and that he wouldn't apologize for that. He also challenged Trump to release his tax returns.

"I guess the president watches your network a little bit, right?" Sanders said to the moderators. "Hey, President Trump. My wife and I just released 10 years. Please do the same."

The filings show that Sanders, who throughout his career has called for an economy and government that works for everyone and not just the 1 percent, is among the top 1 percent of earners in the U.S. According to the liberal-leaning Economic Policy Institute. families in the U.S. earning $421,926 or more a year are part of this group.

In a statement accompanying the release, Sanders said that the returns show that his family has been "fortunate," something he is grateful for after growing up in a family that lived paycheck to paycheck.

"I consider paying more in taxes as my income rose to be both an obligation and an investment in our country. I will continue to fight to make our tax system more progressive so that our country has the resources to guarantee the American Dream to all people," Sanders added.

Sanders, 77, has also listed Social Security payments for each year of the decade of tax returns he made available Monday. By 2018, his wife, 69, was also taking Social Security, providing the couple with nearly $52,000 for the year.

Sanders' status as a millionaire, which he acknowledged last week, was cemented in his 2017 statement. That year, Sanders disclosed $1.31 million income, combined from his Senate salary and $961,000 in book royalties and sales. His higher income in two of the three most recent years could potentially prompt questions from voters about his frequent criticisms of the influence that millionaires and billionaires have over the political process.

Senate salary and $961,000 in book royalties and sales. His higher income in two of the three most recent years could potentially prompt questions from voters about his frequent criticisms of the influence that millionaires and billionaires have over the political process.

Jane Sanders was a co-founder of the nonprofit, along with her son, David Driscoll, who became the institute's executive director. Sanders and his wife put the institute on hiatus last month amid criticism that the nonprofit blurred lines between family, fundraising and campaigning. Jane Sanders said the nonprofit would cease operations beginning in May "so there could not even be an appearance of impropriety."

A number of Sanders' rivals for the Democratic presidential nomination — including Sens. Kirsten Gillibrand of New York, Elizabeth Warren of Massachusetts, Kamala Harris of California and Amy Klobuchar of Minnesota — have released tax records to varying degrees. Gillibrand was the first candidate to release her 2018 tax returns, and her campaign released a video in which she called on other candidates to join her.