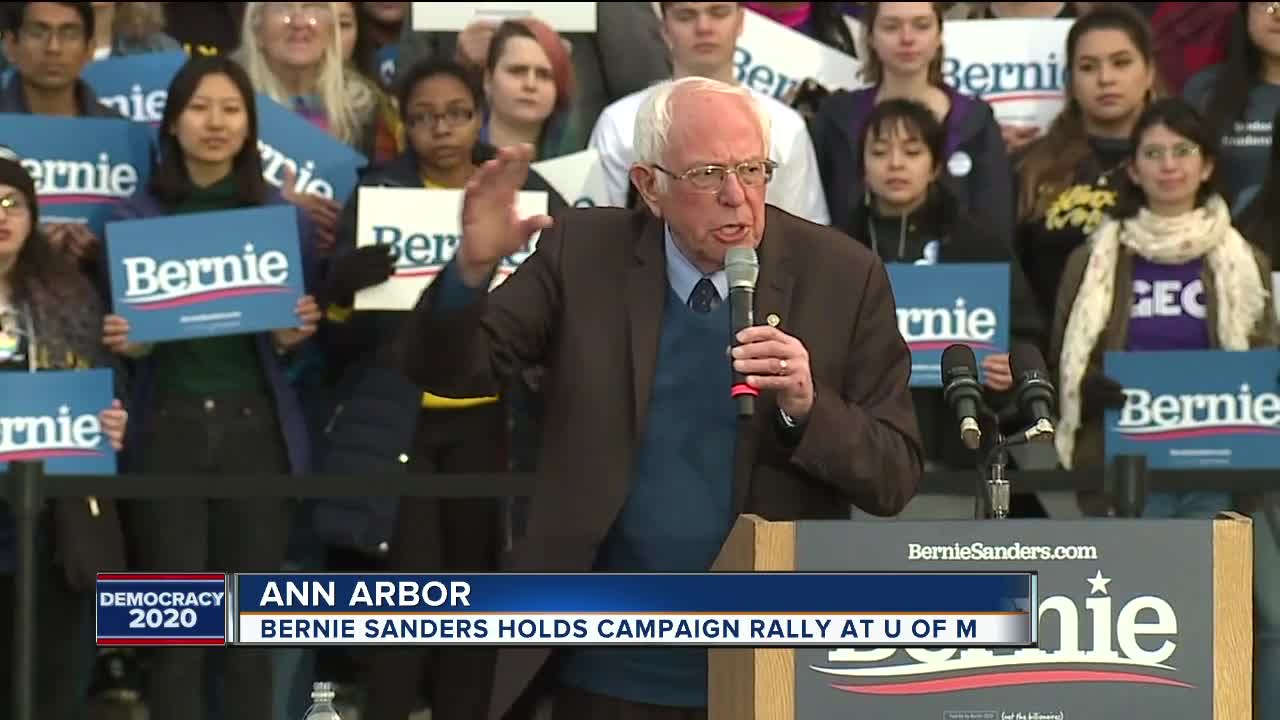 The University of Michigan in Ann Arbor was one of the final campaign stops in the state for Democratic presidential hopeful Bernie Sanders.

"Michigan is the most important state coming up on Tuesday," said Sanders to a crowd at The Diag on Sunday.

Sanders hosted a rally and shared the stage with a rising star in the progressive movement.

"I am here to supporting Senator Bernie Sanders," said U.S. Representative Alexandria Ocasio-Cortez. "And, the time is now."

Sanders made stops in Detroit, Flint and Grand Rapids. He spoke on issues from the water crisis in Flint to crumbling schools in Detroit.

"We don't want, we don't need water systems that poison children like in Flint, Michigan," said Sanders. "We don't need crumbling schools in Detroit and all over America."

Vice President Joe Biden is en route to Michigan on Monday with U.S. Senator Kamala Harris. Biden has been stumping in Missouri and Mississippi over the weekend.

"Senator Sanders is a good guy," Biden told a crowd in Mississippi on Sunday. "He likes to say, we need a record turnout to beat Donald Trump. He's absolutely right and we're the campaign to do it."

Sanders' campaign staff recorded more than 10,000 people at his rally in Ann Arbor. He will make his final pitch to Michigan voters on Monday during a forum on the coronavirus in Detroit.