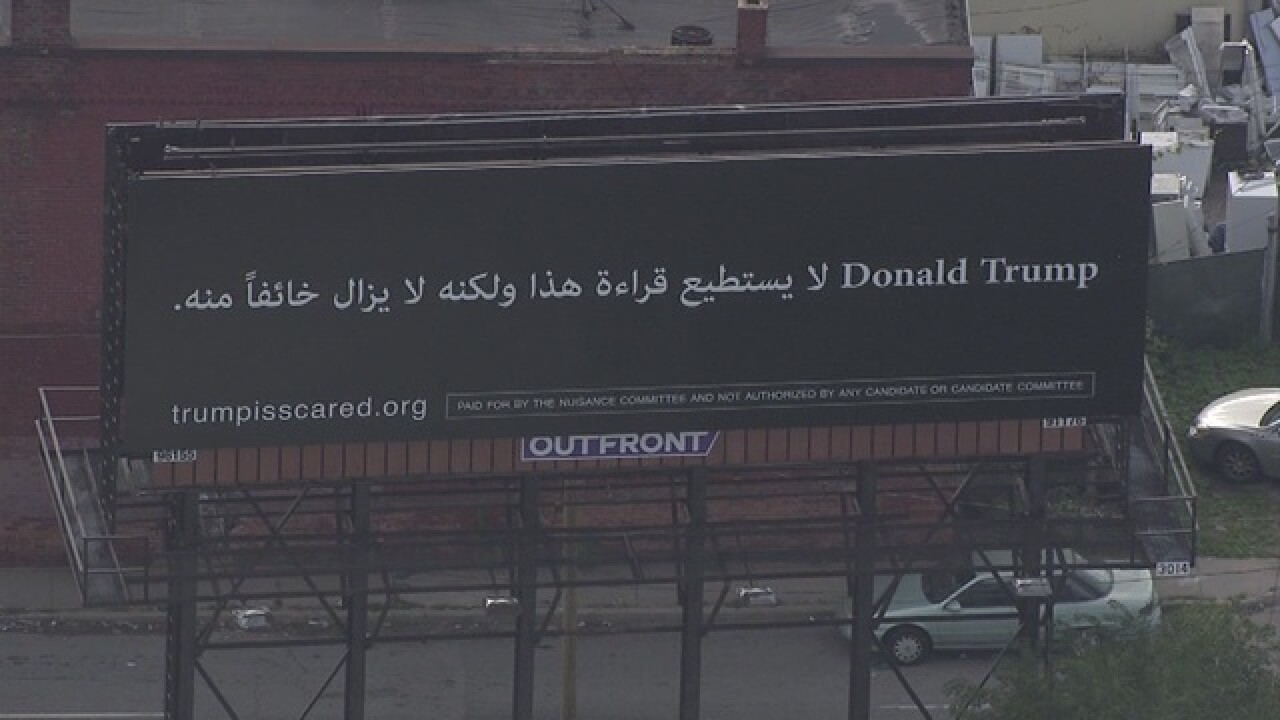 A new campaign billboard is catching the eye of drivers along westbound I-94 heading into Dearborn.

The message is in Arabic. Translated it says "Donald Trump, he can't read this, but he is afraid of it."

The billboard is funded by the super PAC Nuisance Committee = which was started by the creator of the Cards Against Humanity card game.

The billboard is just one of four they've put up across the country.