'And so it Iz.' Bank of Ann Arbor billboards wish Spartans luck in Final Four 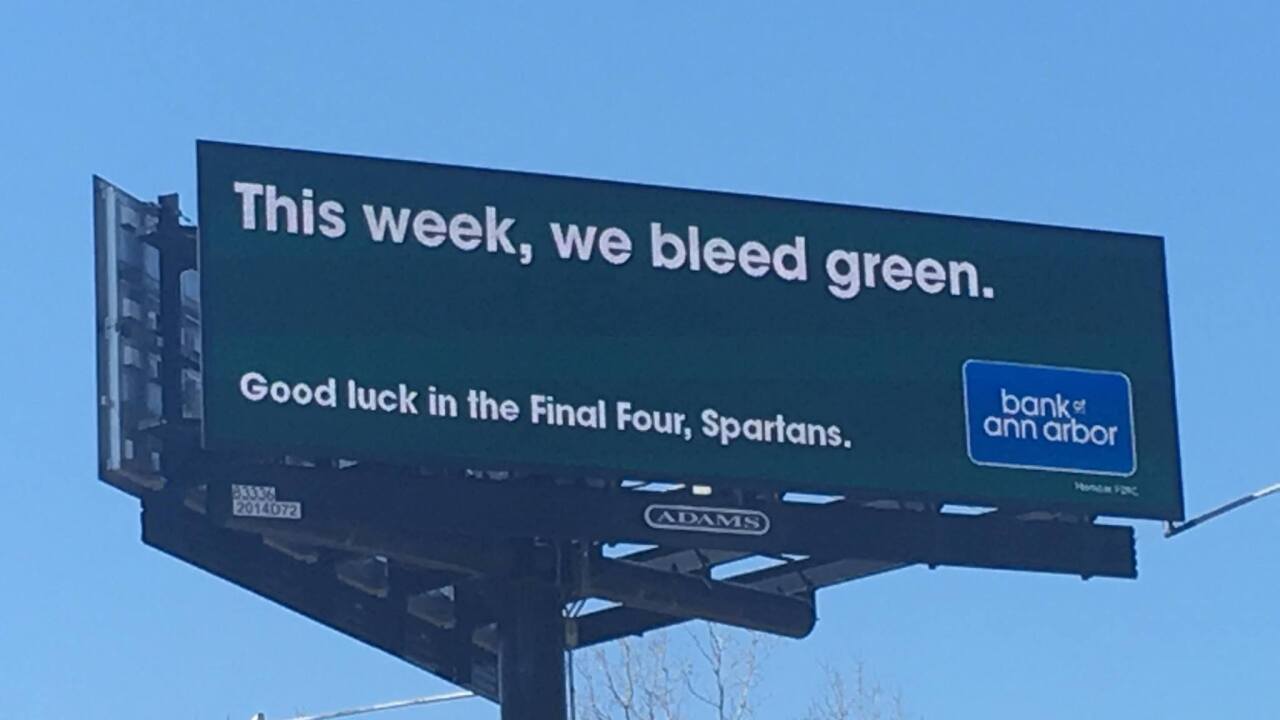 The Bank of Ann Arbor is known for posting amazing billboards during different times throughout the year, and as the Michigan State Spartans head to the Final Four, the bank's latest billboards are supporting a city rival.

In two posts on Facebook, the bank posted photos of their billboards. One says, "And so it Iz. Good luck in the Final Four, Spartans," while another says, "This week, we bleed green."

Last year, the bank posted a billboard calling out Loyola's Sister Jean ahead of the Michigan Final Four game saying, "Sister Jean will soon know the difference between heaven and hail."