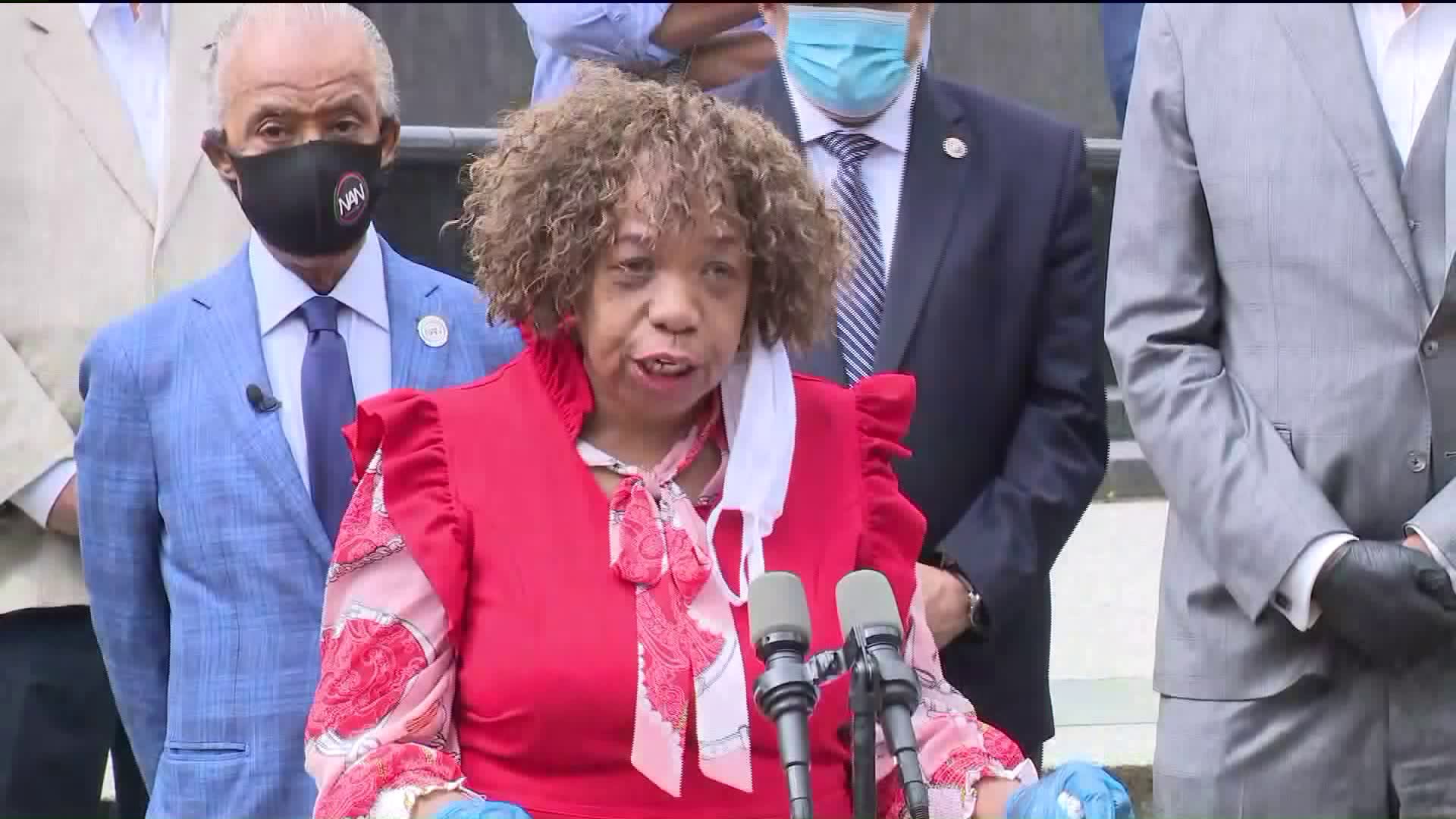 Gwen Carr and Rev. Al Sharpton called for a national ban on police chokeholds on Tuesday in the wake of the death of George Floyd.

With passion and conviction, Eric Garner’s mother, Gwen Carr, was speaking from experience at a rally Tuesday.

“We want a federal law that will go around the country, that anytime anyone uses a chokehold they are immediately locked up and charged.”

Her son died after being put in an illegal chokehold by police. The call now is to make the chokehold maneuver illegal nationwide. Lawmakers and community leaders are also demanding more accountability for officers amid protesting and violence.

Whether by arm or by knee, these new laws would also put in place tougher penalties for any officer who restricts someone’s breathing.

The chokehold was banned by the NYPD after the death of Anthony Baez in 1994 but 20 years later, Garner became the poster child that the system failed. Now Floyd is the last straw for the community.

“We don’t need officers to take a knee with us, we need them to keep their knees off our necks," said City Council Speaker Corey Johnson.

This article was written by Nicole Johnson for WPIX.