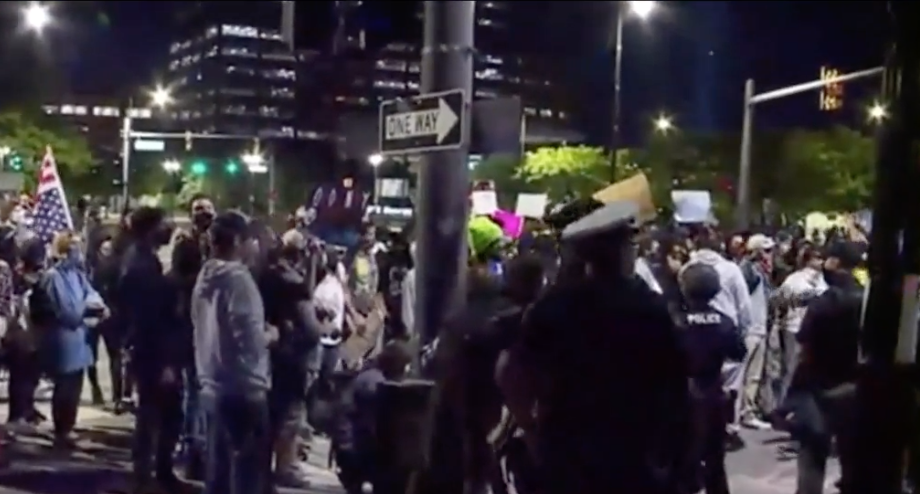 Protesters and Detroit police clashed for a second night after the death of George Floyd.

According to police, a majority of those arrested live in the metro Detroit area. 21 of the 84 live in Detroit, but two of the people live outside of the state – one from Tennessee and one from Ohio.

Hundreds gathered Saturday afternoon to protest the death of George Floyd in Minneapolis. It was the second day of protests, but as the night went on, the crowd got more agitated.

Detroit Police Chief James Craig said that some protesters showed up with coolers full of bricks to throw at police officers. Officers used tear gas to push the protesters back for the second straight night.

Another protest is planned for Sunday afternoon in the city .