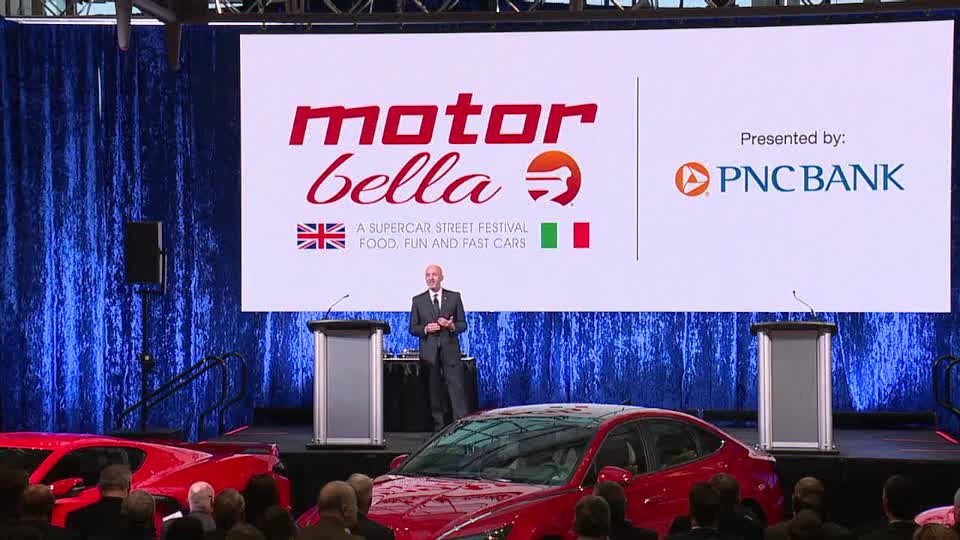 A four-day British and Italian supercar festival is coming to the streets of downtown Detroit ahead of the 2020 North American International Auto Show.

A four-day British and Italian supercar festival is coming to the streets of downtown Detroit ahead of the 2020 North American International Auto Show.

The festival with British and Italian supercars will also include food and different cultural events. It's described as a "paradise for supercar enthusiasts."

"When we began to re-envision NAIAS, our goal was to expand the show into the city, provide more ways for the community to interact with the brands, and really showcase the global car culture throughout Detroit," said NAIAS Executive Director Rod Alberts. "Motor Bella will take place in one of the most dynamic and growing areas of the city and will give showgoers an opportunity to engage with Italian and British luxury and sports car brands."

It iwll take place on Broadway St. next to the Detroit Opera House and feature over 100 Italian and British supercars across 12 brands. They include: Aston Martin, Bentley, Ferrari, Jaguar, Lamborghini, Land Rover, Lotus, Maserati, McLaren, Mini and Rolls Royce.

Ferarri is also bringing a lineup of cars for its own event in Parker's Alley behind the Shinola Hotel.

Most of the vehicles will be accessible to the attendees while other one-of-a-kind cars will be displayed under a marquee next to the Opera House.

It will be sponsored by PNC Bank.

"This is a great time for PNC Bank to expand its long relationship with the North American International Auto Show as it kicks off an exciting new era," said Ric DeVore, PNC regional president for Detroit and Southeast Michigan. "As a Main Street bank, PNC is an ideal presenting sponsor for the first-ever NAIAS street festival."