23 people arrested at protest outside Detroit Water and Sewage Department 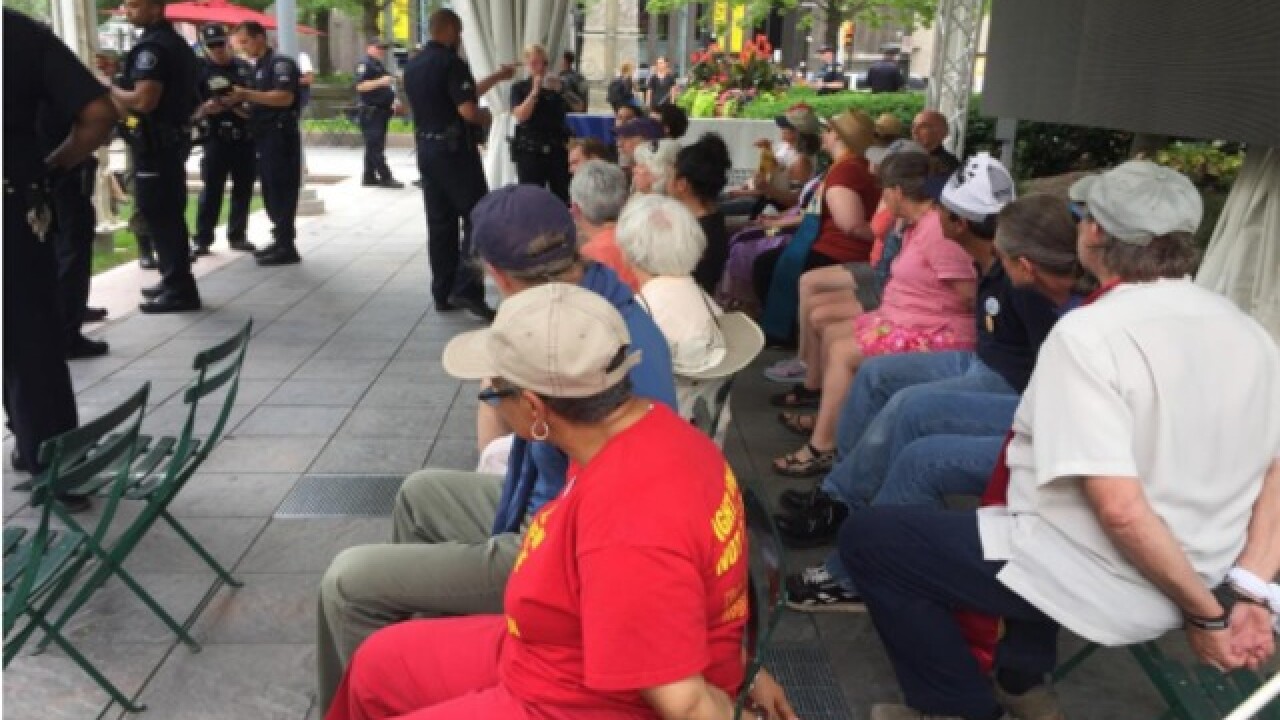 Copyright 2018 Scripps Media, Inc. All rights reserved. This material may not be published, broadcast, rewritten, or redistributed.
<p>Provided photo</p> 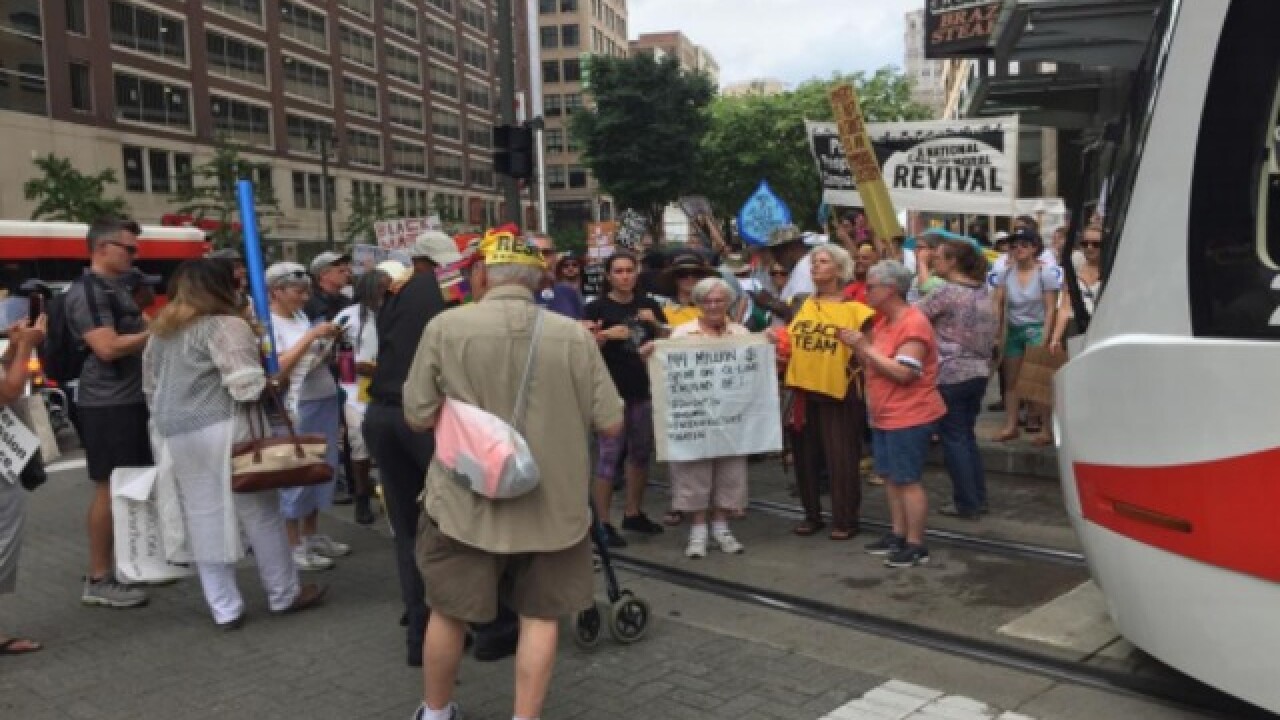 Detroit police arrested 23 protesters outside of the Detroit Water and Sewage Department and Great Lakes Water Authority on Monday.

According to police, 10 men and 13 women – mostly elderly – were arrested during the protest led by the Poor People's Campaign.

“The Poor People’s Campaign is addressing the moral crisis in this nation and calling to change
the moral imperative of a country that has lost its way.” said Reverend Edwin Rowe, Pastor Emeritus
of Central United Methodist Church of Detroit.

The protest, attended by over 250 people, was in response to mass water shutoffs throughout Detroit.

Participants marched to Campus Martius Park, where activists filled buckets of water from the fountain and passed them out to residents while singing, "Wade in the Water" as a symbolic gesture, according to a release from the campaign.

Police say the 23 people arrested were blocking the street and buildings, and refused to move after several requests.

Protesters blocked the M1 Rail Traffic and the entrance to the Compuware building.

Police say most protesters were peaceful and complied with Police Crowd Control requests. Those who were arrested were taken to the Detroit Detention Center, given a citation and then released.