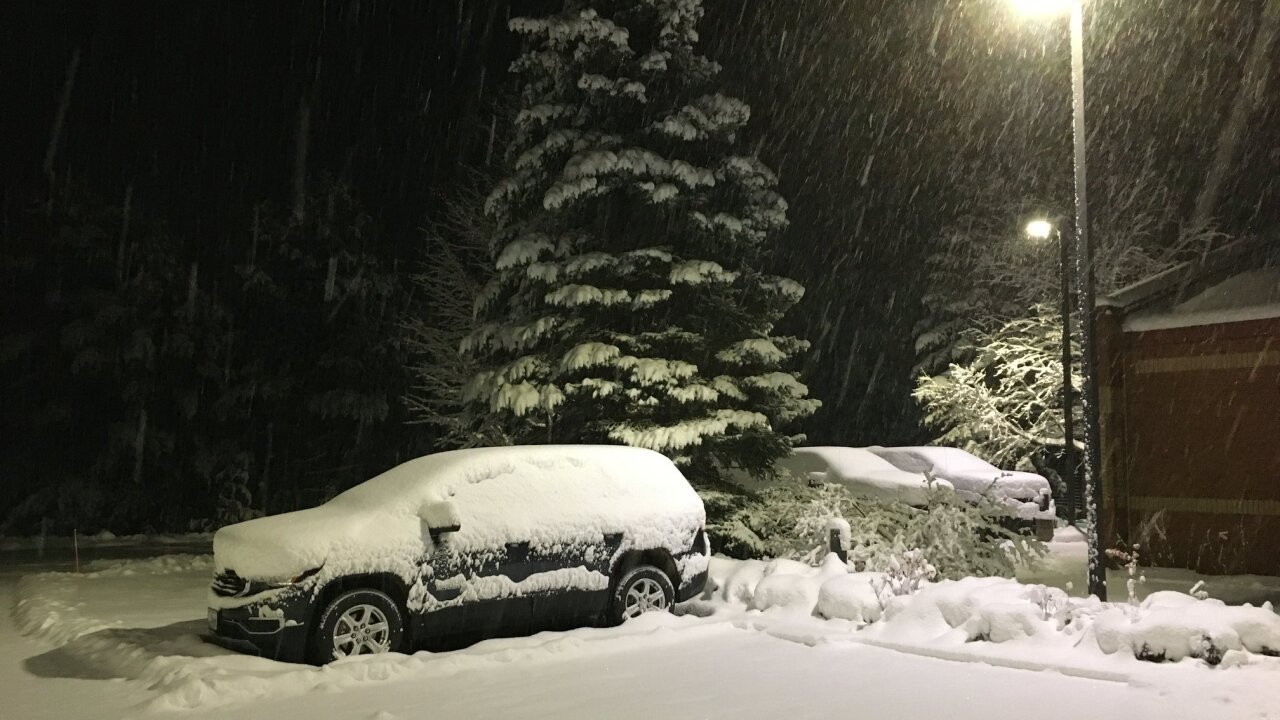 The National Weather Service said two snowfall records were broken at the service's station in Marquette on Sunday.

Also, the snowfall set a new monthly snowfall record for October. So far, they have 19.2 inches of snow in October, breaking the record of 18.6 inches which was set in 1979. Records go back to 1961.

The area is expected to see more heavy lake-effect snow on Monday with around 1-3 inches possible, along with potential record lows overnight.