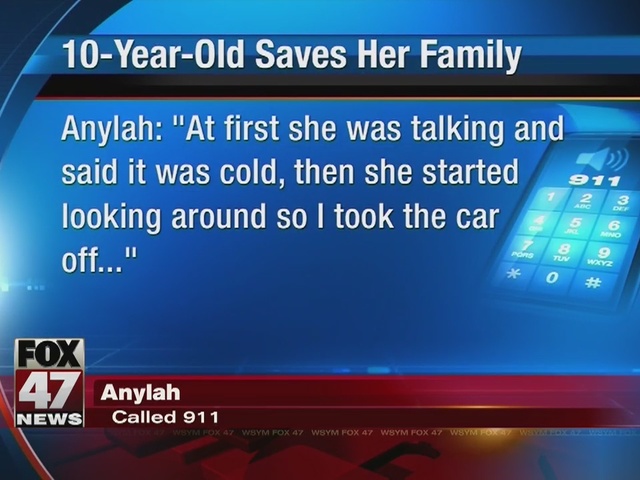 Southfield police say a 10-year-old girl saved her family after her mother had a seizure while driving early this morning.

Police say the girl, Anylah Thompson, stopped the car on Berg Road south of 10 Mile after her mother started to have a seizure.

Two of the 10-year-old's younger siblings, 5 and 7 years old, were also in the car at the time.

Firefighters arrived and transported the woman and three kids to the hospital, according to police.

The mother is expected to be OK.

"She was really a hero, was able to resolve this situation safely. She remained calm, probably better than I would expect most people to do," said Southfield Police Lt. Ted Goff.