1 dead after police chase that ended in Lincoln Park 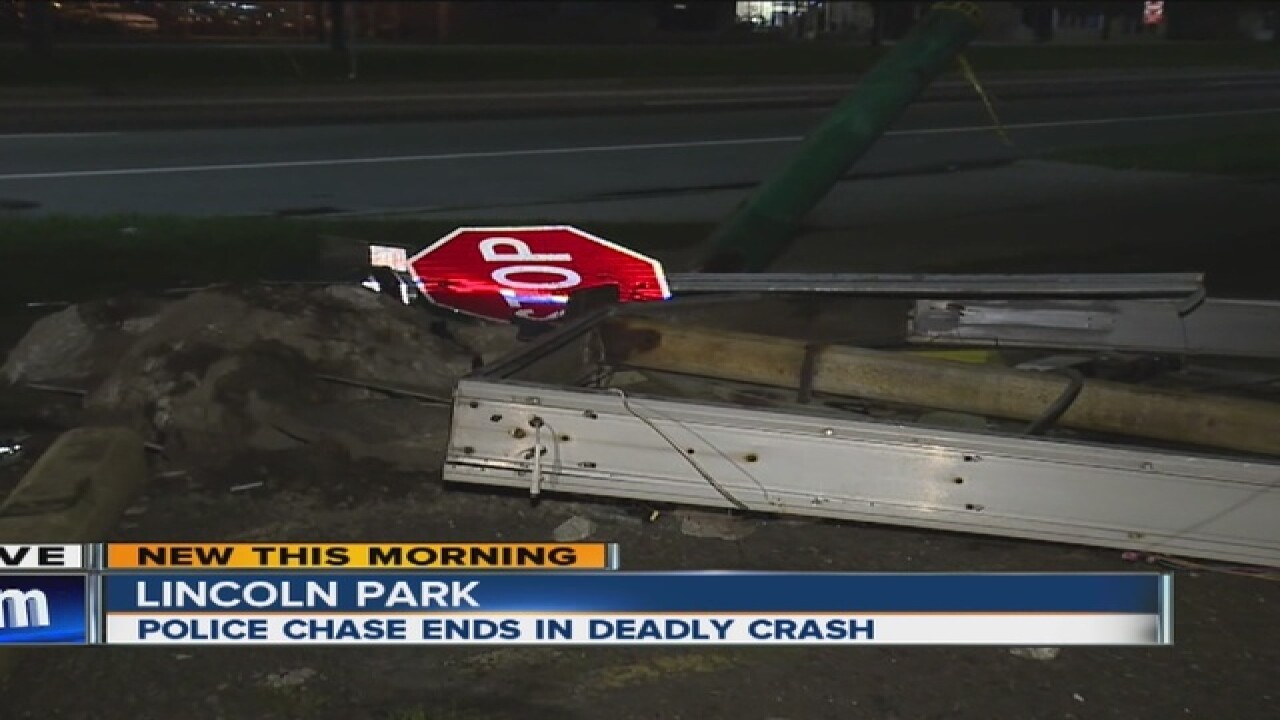 Wyandotte Police Chief Daniel Grant tells us a police chase that ended in a fatal crash, began because officers saw the driver blow through a red light.

Chief Grant says the pursuit began around 8:30 p.m. in Wyandotte, on Fort street, that's where two officers witnessed a 1995 Chevy suburban speed through the light at Northline Ave.

The officers watched the SUV travel northbound, refusing to pull over, even as the vehicle began smoking.

The chief says at some point, the police cruiser was able to stop the SUV, but as the officers got out of their car, the driver took off again, heading north bound into Lincoln Park.

The chief says at that point the driver tried to make a u-turn through the median at Fort and Capitol but lost control of the car.

The suburban rolled over several times flattening the Dix Coney Island sign, and ejected the front seat passenger, 29-year-old Joshua Nance. The suburban landed sideways against the front of the restaurant.

Nance was pinned underneath the car and was pronounced dead at the scene.

The driver, a 33-year-old man, was arrested on the scene.

Police tell us he is considered homeless and was driving Nance's suburban.

They say he has  never had a driver's license and admitted to smoking crack and drinking before driving.

Chief Grant says the driver was treated and released from the hospital.

He is expected to face a judge today for formal charges.