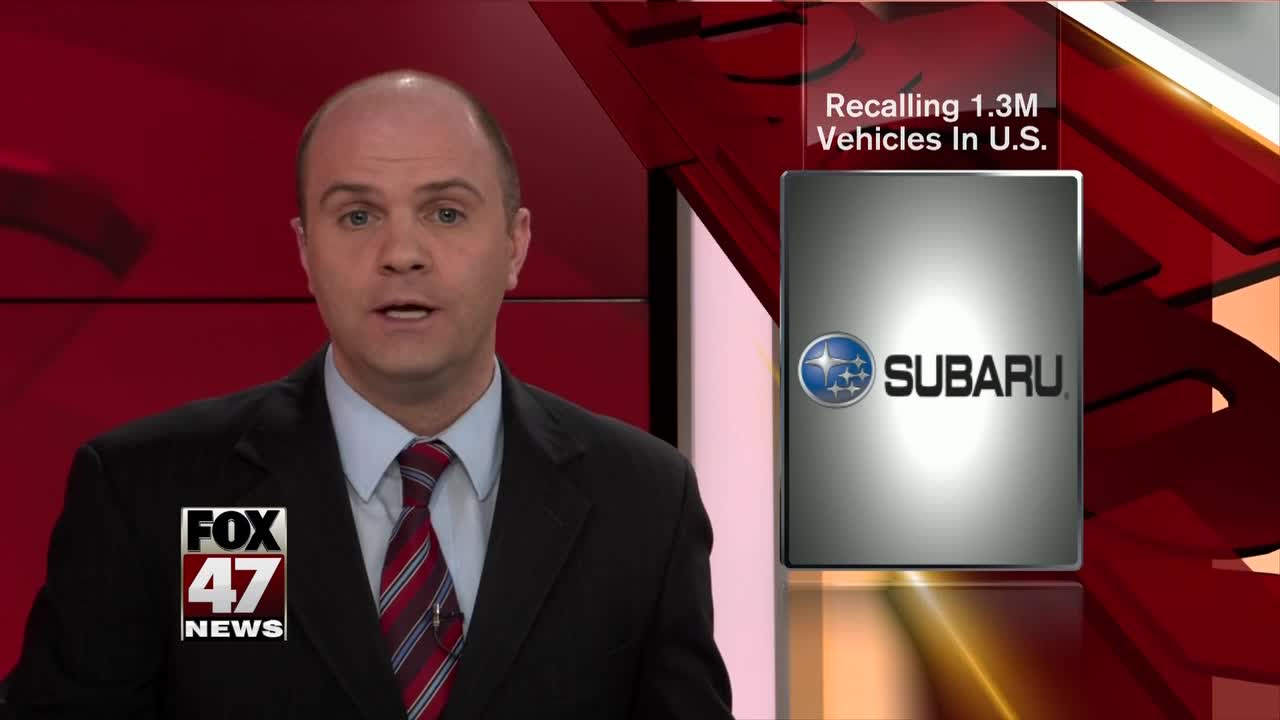 Subaru is recalling 1.3 million vehicles in the U.S. because the brake lights may not illuminate properly.

Subaru is recalling 1.3 million vehicles in the U.S. because the brake lights may not illuminate properly.

Subaru says cleaning products containing silicone can emit a gas that can seep into the brake lamp switch and cut off the electrical contact.

That can stop the brake lights from working but brakes will still function.

The automaker says the problem doesn't happen very often; it has only 33 reports in the U.S.

Subaru says it discovered the problem.

It will reach out to affected customers and replace the switch.

The recall is being done worldwide, but information about the number of vehicles affected and the models wasn't available Saturday.