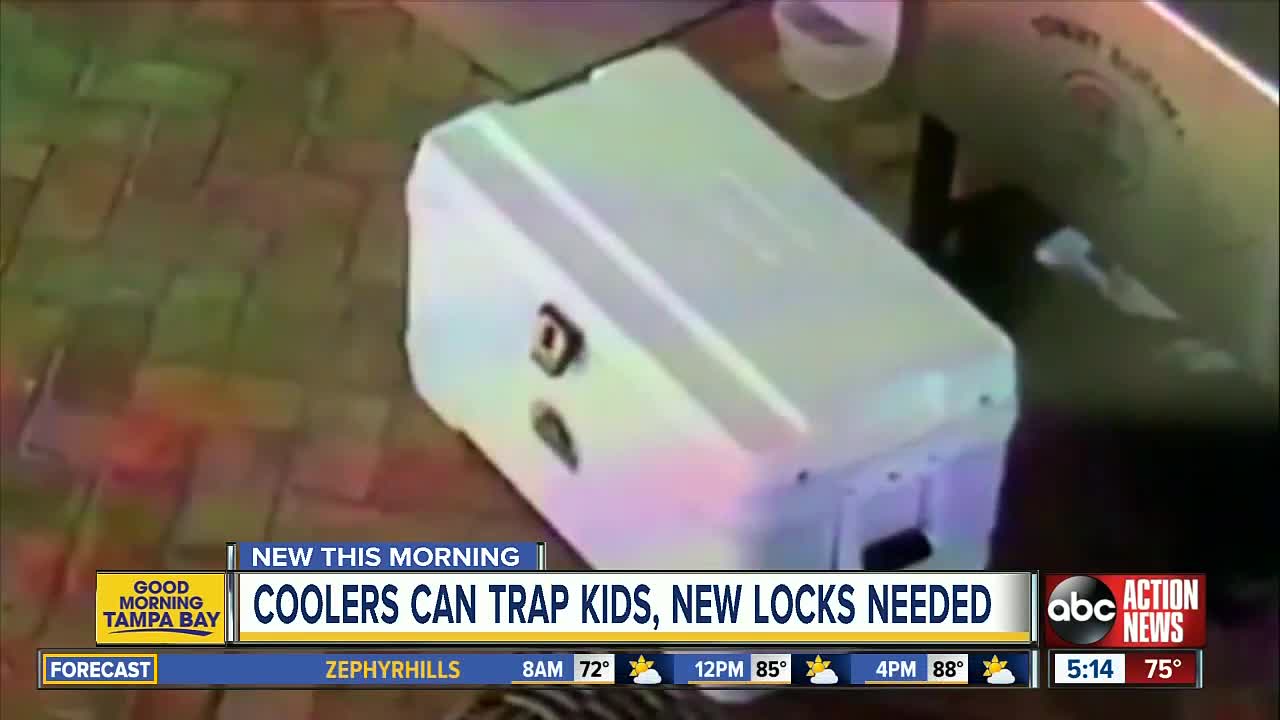 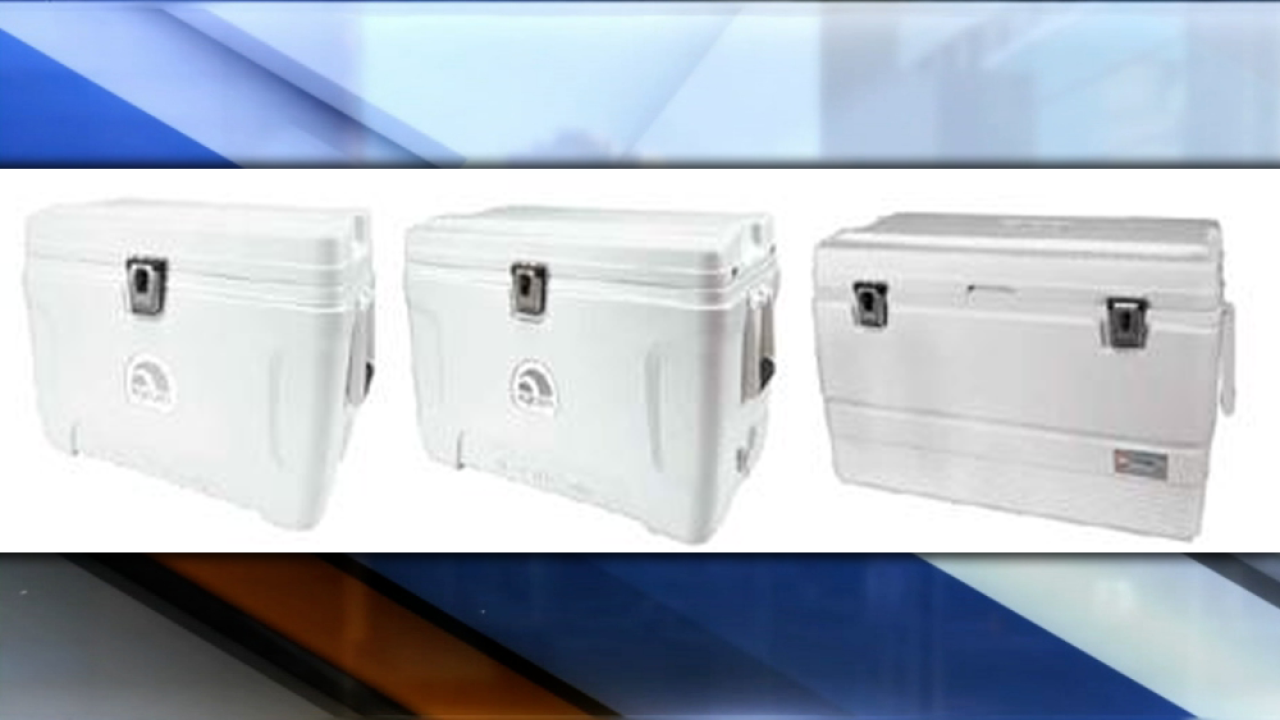 Igloo is recalling nearly 60,000 Marine Elite coolers due to entrapment and suffocation hazards.

According to the U.S. Consumer Product Safety Commission website, "the cooler’s stainless-steel latch can automatically lock when the lid is closed, allowing a person to become locked inside the air tight container."

Igloo said they have received one report of a child who became entrapped inside a cooler before being freed by an adult.

The recalled Igloo Marine Elite coolers, which were made for use on boats and marine environments, were sold at West Marine, Sportman’s Warehouse, other home and recreational stores nationwide, and online at Amazon.com from January 2015 through March 2019 for between $10 and $180.

The following models are included in the recall:

Each cooler has the Igloo logo embossed on the metal latch and on the outside of the cooler.

If you have one of the recalled coolers, you should immediately put it out of the reach of children and contact Igloo. The company will give you instructions on how to remove and dispose of the old latch and information on how to receive a free replacement latch.